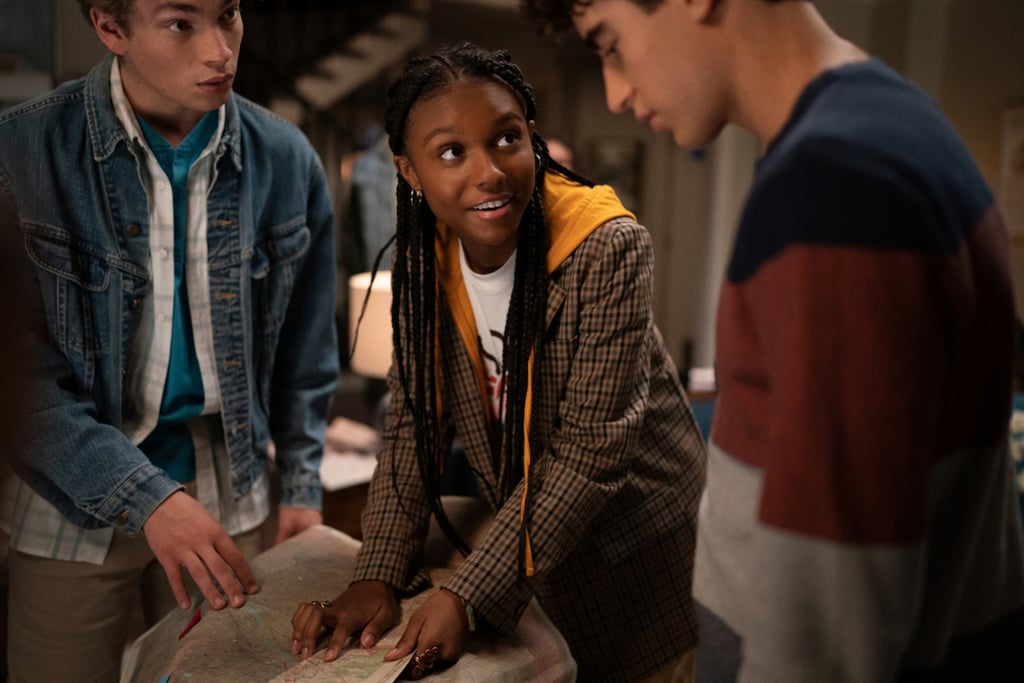 The CW has introduced its newest superhero, Naomi, to the network's Arrowverse, and viewers are already hooked on the series. Naomi follows Kaci Walfall's titular character as she explores "her hidden destiny" being a superhero, and investigates the truth behind a supernatural event that's stirring things up in her hometown of Port Oswego.

As exciting as the show looks for those watching, it seems like the cast of Naomi — which includes Walfall, Mary-Charles Jones, Daniel Puig, Will Meyers, Camila Moreno, and Aidan Gemme – had just as much fun shooting the superhero series based on their behind-the-scenes photos on set in Atlanta. From hanging out in their trailers to goofing off in-between takes, these castmates looked beyond stoked to bring another great superhero story to life. Ahead, check out a few fun photos of the Naomi cast together on set.