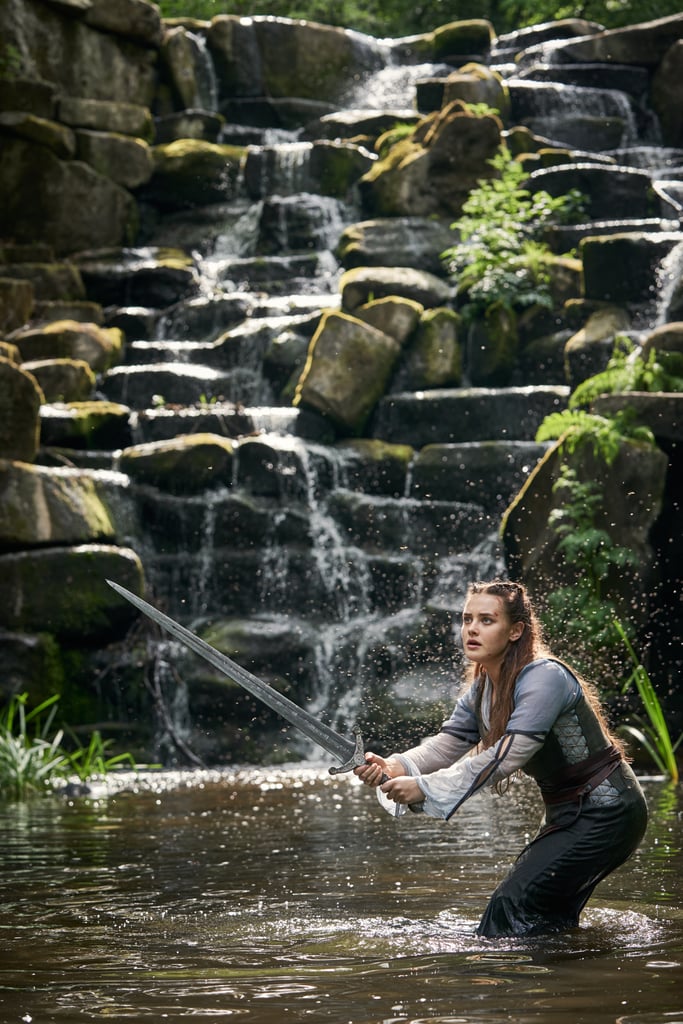 Netflix's upcoming original series, Cursed, is a retelling of the Arthurian legend, and while it's definitely not the first the story's been told, this time it's completely different. Previously, the legend of King Arthur has been told from a male's perspective, focussing on Arthur himself. This is as true for the 2008 BBC series Merlin as it is for Disney's 1963 animated film, The Sword in the Stone, and also for the famous 1975 parody, Monty Python and the Holy Grail.

This time around though, creators Tom Wheeler (who wrote Puss In Boots and Empire) and Frank Miller (best known for his work on the Sin City and 300 franchises) decided to make Cursed a little bit different. This time, the story will be told from a female's perspective — specifically, 13 Reasons Why star Katherine Langford steps into the shoes of Nimue to tell the story. Nimue's a social outcast, forced to repress her magic until, one day, her entire village is slaughtered and her dying mother tasks her with reuniting the Sword of Power (known as Excalibur's Sword in other retellings of the Arthurian legend) with sorcerer Merlin in order to save the United Kingdom. Along the way, she meets a "roguish mercenary", Arthur, who joins her plight and what ensues is a dark adventure.

Netflix is releasing the series in Spring 2020 and while the exact date is yet to be released, we do know the series filmed in London over the Summer. Details are pretty slim at the moment, what we do know is that it's based on a book, also titled Cursed, that was also written and illustrated by Tom Wheeler and Frank Miller respectively. Keep on reading to find out who'll be starring in Netflix's new series Cursed.