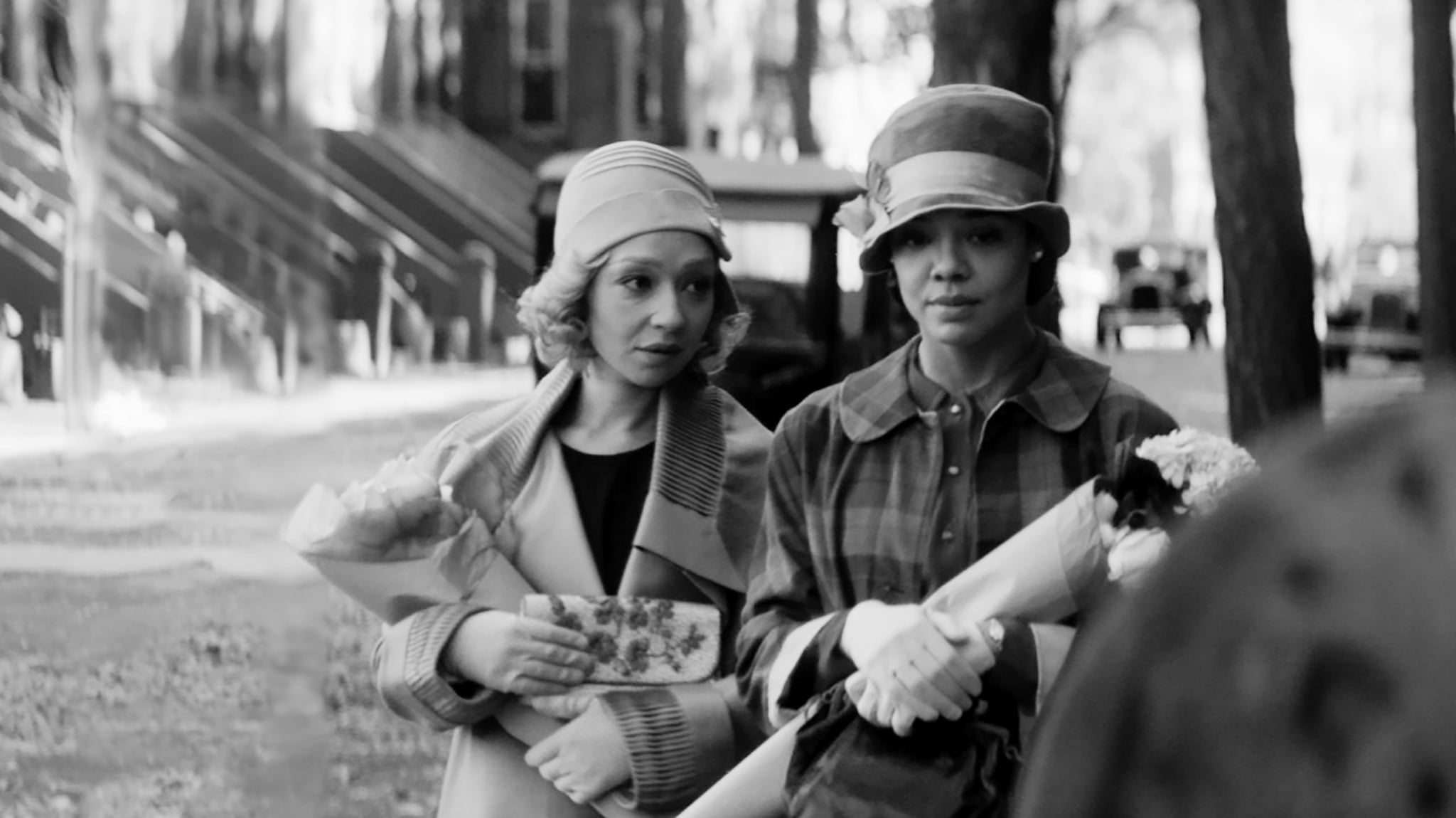 As a white-passing biracial woman, I really resonated with Rebecca Hall's film adaptation of Nella Larsen's 1929 novel, Passing. The story centres on two biracial Black women, Irene Redfield (Tessa Thompson) and Clare Kendry (Ruth Negga), who are light-skinned enough to pass as white in 1920s New York. When Irene bumps into her old friend Clare, she almost doesn't recognise her. Unlike Irene — who is living her life openly as a Black woman despite being able to pass for white if she wanted to — Clare has accentuated her already-light features with blond hair to help her pass as white in everyday society. Taking her deception even further, she's married a wealthy white man (Alexander Skarsgard), who not only doesn't know she's Black but also holds an extreme, violent hatred toward Black people.

In some ways, I identify with Clare, particularly when it comes to how easy it is for me to blend in and reap the benefits of white privilege without facing the inequities of being Black in the US. While it was never intentional like it was with Clare, I have always gone through the world passing as white and seeing things through a "white" lens because that's simply what most people assume I am. It wasn't until my late teenage years that I started to see how my Black family, friends, or boyfriends were treated differently than I was. I seemed to have been floating through life unknowingly reaping the benefits of my racial ambiguity for a very long time. Often, it feels like I have a secret Black identity that doesn't quite know where she fits and when (or if) she should reveal herself. Truth is, I want to belong everywhere — with my white family and friends, but also with my Black family and friends — so I tend to blend in and code-switch depending on who I'm with. As a result, I never feel like I entirely belong in either community.

While we don't have to sneak hooch into dance halls, and there aren't any whites-only hotels in 2021, the deep-seated racism toward Black people and extreme privilege that comes with being white depicted in Passing still exist. In February 2020, Travis McMichael, Gregory McMichael, and William Bryan Jr. chased and killed Ahmaud Arbery, a 25-year-old Black man, for simply jogging through the neighbourhood. Although they were ultimately found guilty of murder in November 2021, it initially took over two months for them to be arrested and charged for their crimes. The case rocked the nation because it was a reminder that Black people are still in constant danger of being targeted because of the colour of their skin and that, when prosecuting such hate crimes, justice often comes too slowly, if at all.

However, one thing that's changed in 2021 is the way white people's fascination with Black culture manifests. Black culture has long been exploited by businesses and white people, but it's reached extreme levels in the social media age. We see white artists not only appropriate Black music, TikTok dances, fashion, and dialects, but now, they also go to the lengths of altering their looks with makeup (and even plastic surgery) to appear more Black. Celebrities like Kylie Jenner and Jesy Nelson have been accused of the practice, dubbed Blackfishing. 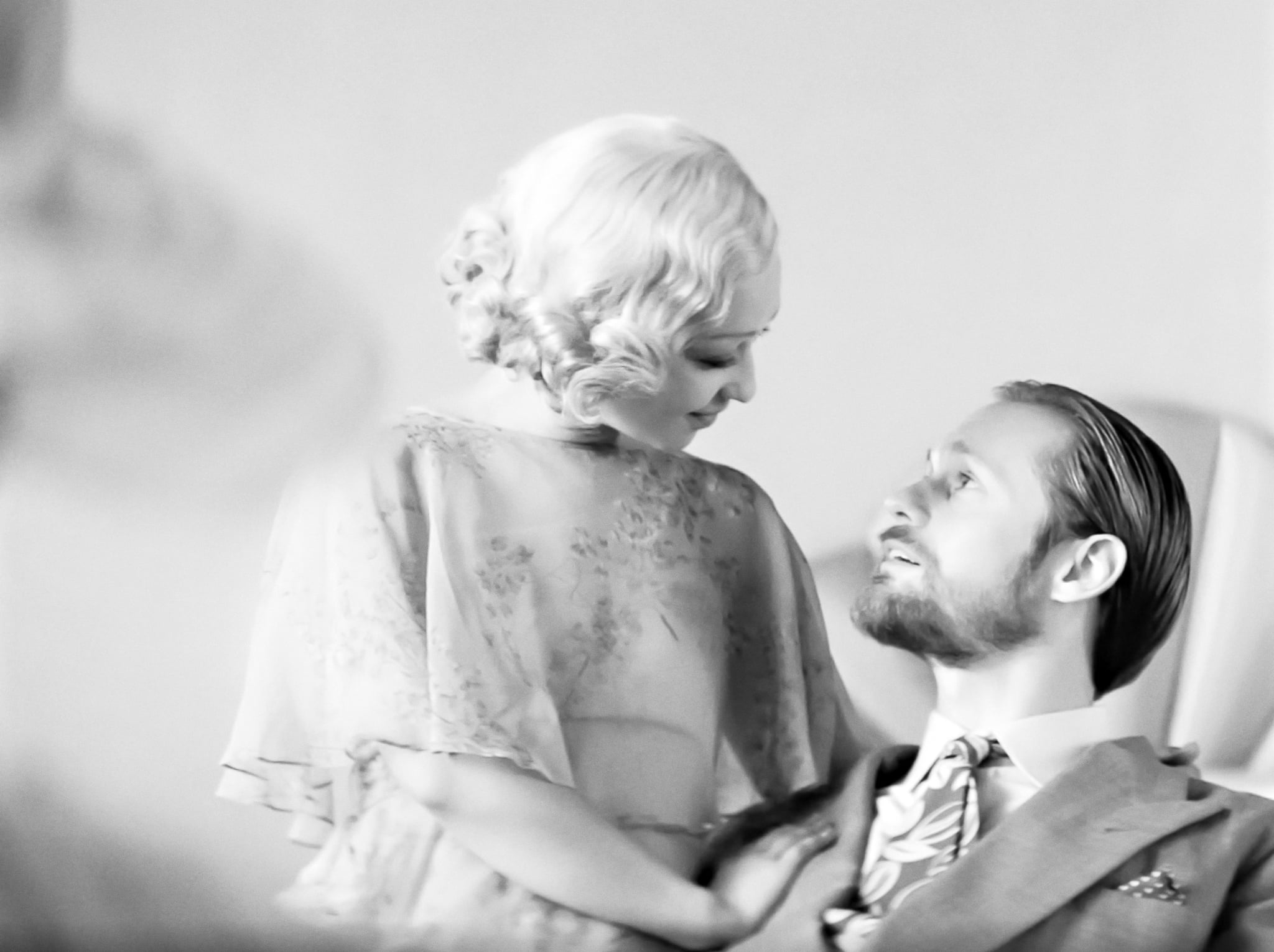 It's interesting to compare the Blackfishing of the 21st century to Irene and Clare passing for white in Passing. While white influencers and celebrities Blackfish because they want to capitalize on Black culture without ever having to endure the inequities actually being Black entails, Irene, Clare, and other Black women like them passed for white to survive, hiding parts of themselves and making themselves feel less whole in the process. We see this with Clare, who — despite having acquired new wealth, status, and freedom by living as a white woman — still longs to be part of the Black community she grew up in, even if it means risking her true identity being discovered by her racist husband.

Sometimes I feel like I am in survival mode without realising it, too. A few years ago, I was in a meeting with a racist client who asked straight up how he could post a job opening online and say, "Don't waste your time applying if you're Black," without getting caught by the Equal Employment Opportunity Commission. At the time, I was so shocked that a man would confidently say something so racist to a room full of strangers, I planned on staying "hidden." I really didn't want to say anything that would propel the conversation forward, terrified of what he might say next and how he would treat me in the future. But, unfortunately, my boss had different plans. "Well, she's Black," he said, pointing at me. I sunk back in my chair, because I knew what came next. The client proceeded to ask me how Black I was, to tell me I didn't look it, and to ask to hear my thoughts on the current political climate. I can't help but wonder what more the client would have said and what my relationship with him would have been like had he gone on believing I was just "white."

I still grapple with the unfairness of the privilege I have to not disclose my race to certain people simply because I'm white-passing. It is not fair that I know how Black people with darker skin are treated, so I can choose to sit quietly when someone actively says racist things to my face. On the other hand, I have also grappled with feelings of being "unfit" or "underqualified" to speak out about racial injustice because I haven't experienced it firsthand.

While my experience as a white-passing, mixed-race Black woman in the 21st century doesn't remotely compare to what Irene and Clare experience in the 1920s, watching Passing put my experience into perspective. At one point, I would not have been able to reveal my Blackness and confront racism without fearing for my life. In that way, Passing captures the privilege and danger of how one can choose to carry their racial ambiguity. As for me and how I carry mine, I recognise that I have an even bigger responsibility to confront racist behaviour because I am a white-passing Black woman. So if I am in a room full of white people who say they don't want to hire a Black person because they don't know there's a Black woman in their midst, I must take that opportunity to confront their racism regardless of how they may perceive and treat me afterward.

Passing is currently streaming on Netflix.