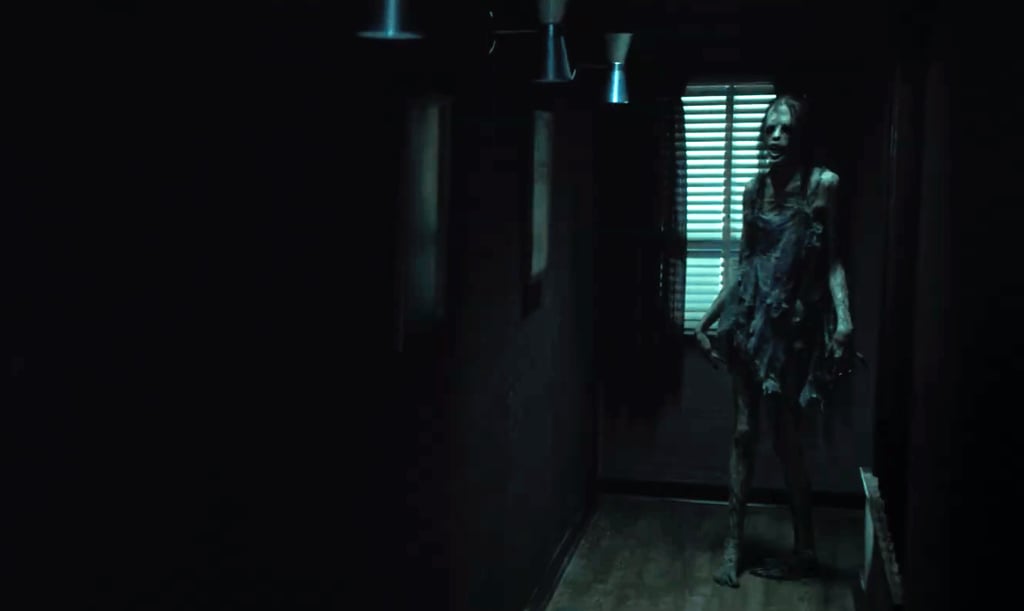 The story it's based on: "The Big Toe"

How scary it actually is: Did I start loudly dry-heaving during the scene when Augie unknowingly starts munching on a stew made of body parts? Maybe. Have I been scarred forever by the idea of a corpse dragging me into a black hole of death under my bed? Definitely.

This sequence is inspired by Alvin Schwartz's "The Big Toe," does a good job of elevating the original tale into chilling, modern-day horror despite its borderline silly premise (a corpse annoyed that someone accidentally dug up his toe in a garden and ate it for dinner). This time around, Sarah's ghost manipulates things so that Augie finds a pot of stew in his fridge and begins to eat it, thinking his mother left it there for him. Unfortunately it's filled with the slimy eyeballs, toes, and other dismembered body parts of a woman, which he realises only after he's already ingested some.

That's when the corpse — mangled, dirty, emaciated, and sliced up — begins dragging itself towards Augie's room, groaning about her missing toe. It's a pretty standard sequence, as far as horror movies are concerned (complete with a jump scare), but I must give credit to how downright ghoulish the corpse looks . . . and also the fact that the scene has left me scared of peeking down any dark hallways. Also, the fact that she magically appears under Augie's bed? It makes it seem like he never even had a chance to escape her.

Netflix
Shocked by The Old Guard's Ending? Here's a Breakdown of That Final Twist
by Stacey Nguyen 11 hours ago