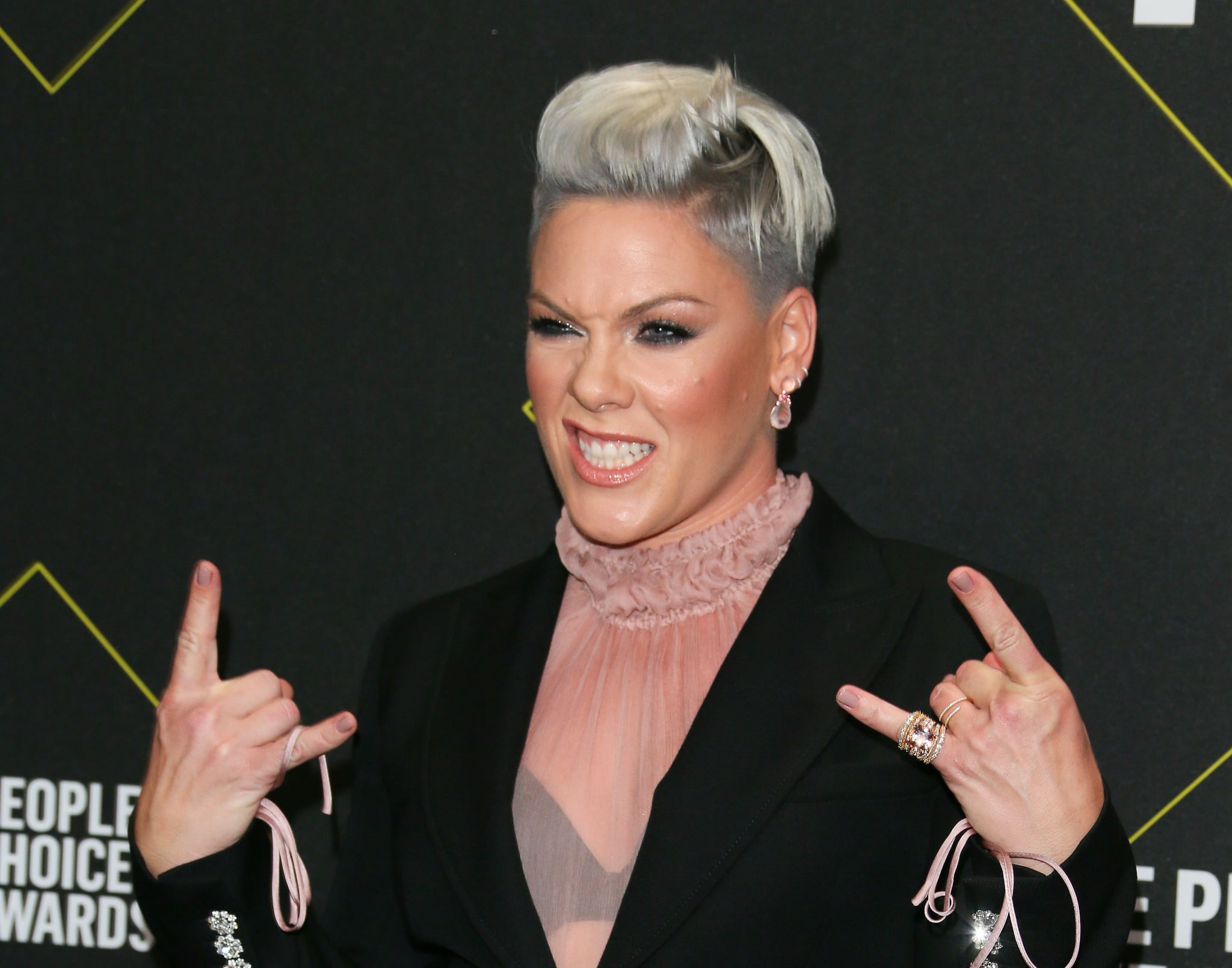 Take a bow, Pink! During Sunday night's 2019 People's Choice Awards, Pink was awarded with the People's Champion Award, where she took the opportunity to get the crowd pumped up. After being introduced by football star Alex Morgan, who reflected on Pink's upbringing as an activist and how it empowered her as a young athlete, the singer had a strong message for the crowd. "I don't care about your politics, I care about your kids. I care about decency and humanity and kindness . . . Stop fighting each other and help each other," she said emotionally. "Get together with your friends and change the world."

Watch the powerful speech below, and see all the photos from Pink's exciting night with her husband Carey Hart and their adorable kids, 8-year-old daughter Willow and 2-year-old son Jameson.

.@Pink took a moment from accepting The People’s Champion award at the #PCAs to list some of her champions.