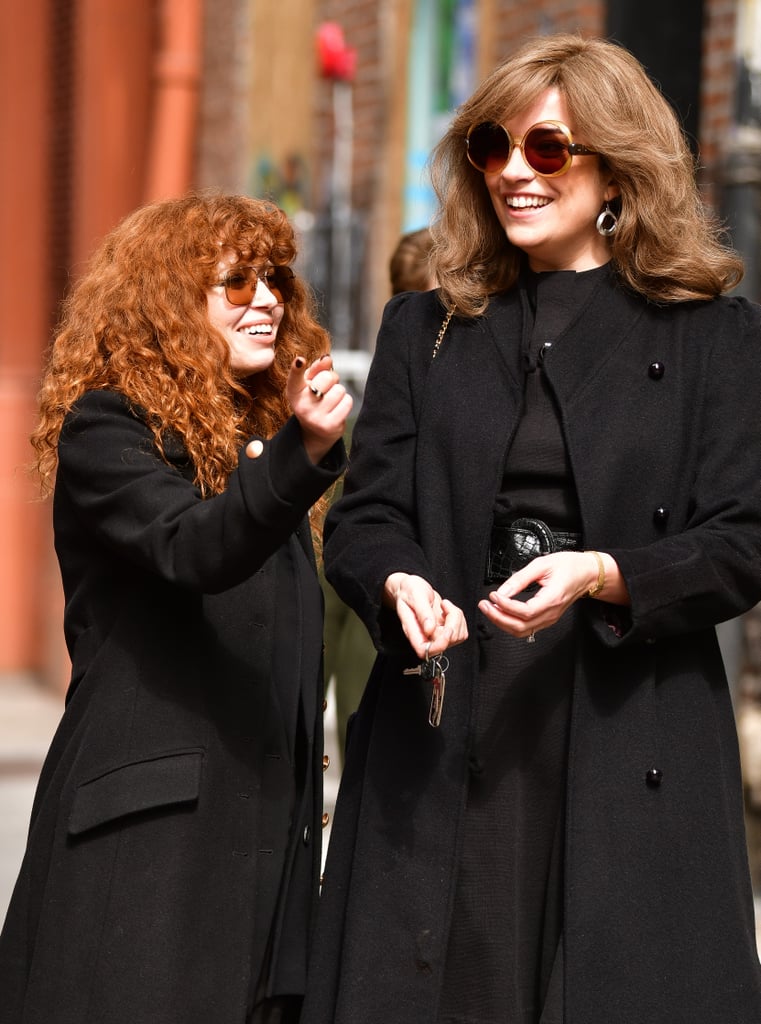 Annie Murphy's new character isn't even "a little bit" like Alexis Rose. After wrapping her iconic role last year, the Schitt's Creek actress is hard at work in New York filming the second season of Russian Doll with Natasha Lyonne. The duo was spotted out-and-about on 25 March, giving fans a glimpse into what they can expect from the Netflix show's upcoming episodes.

The streaming service announced Murphy would be joining Russian Doll's cast on March 19, but have kept further details about her role under wraps. Based on the NYC photos we've seen so far, it looks like her character gets along well with Lyonne's Nadia. You wouldn't get in the car of your enemy, right? After season one ended on a cliffhanger between Nadia and Alan, we really don't know what to expect next. But rest assured, if Murphy is involved, we'll be watching.