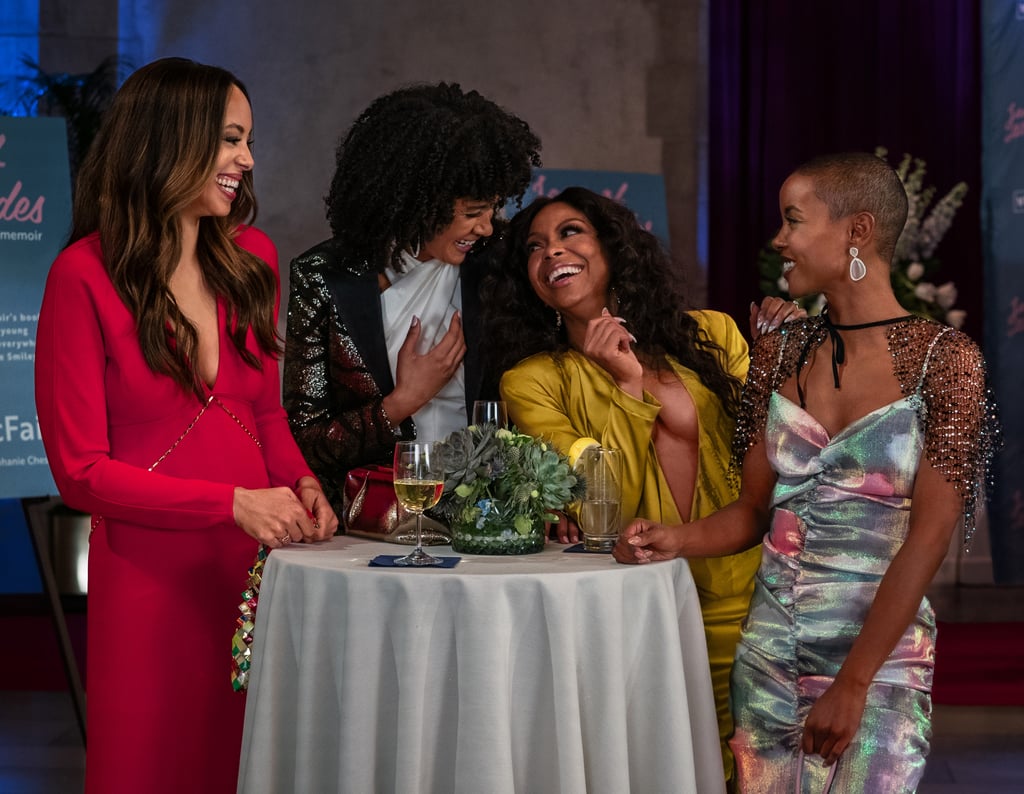 It's official: Starz's Run the World is returning for another season! On Friday, it was announced that the series, which follows a group of four women living and working in Harlem, will return for season two. While the main cast — including Amber Stevens West, Andrea Bordeaux, Bresha Webb, and Corbin Reid — are expected to return, the upcoming season will have a new showrunner, Rachelle Williams, who will be taking over for Yvette Lee Bowser. However, Bowser will continue to serve as executive producer alongside Williams and series creator Leigh Davenport. According to Stevens West's post about the renewal, it appears the show is gearing up for a 2022 season two release.

"Run the World has been so passionately embraced by our audience and we are thrilled to bring fans another season," Alison Hoffman, president of domestic networks for Starz, told Deadline in a statement. "Our incredibly talented cast and executive producers Yvette and Leigh are set to return, and we're excited to welcome Rachelle back into the Starz family leading as showrunner and executive producer." The show's core four leading ladies also shared their excitement about the renewal with sweet messages. Read ahead to see what they said.