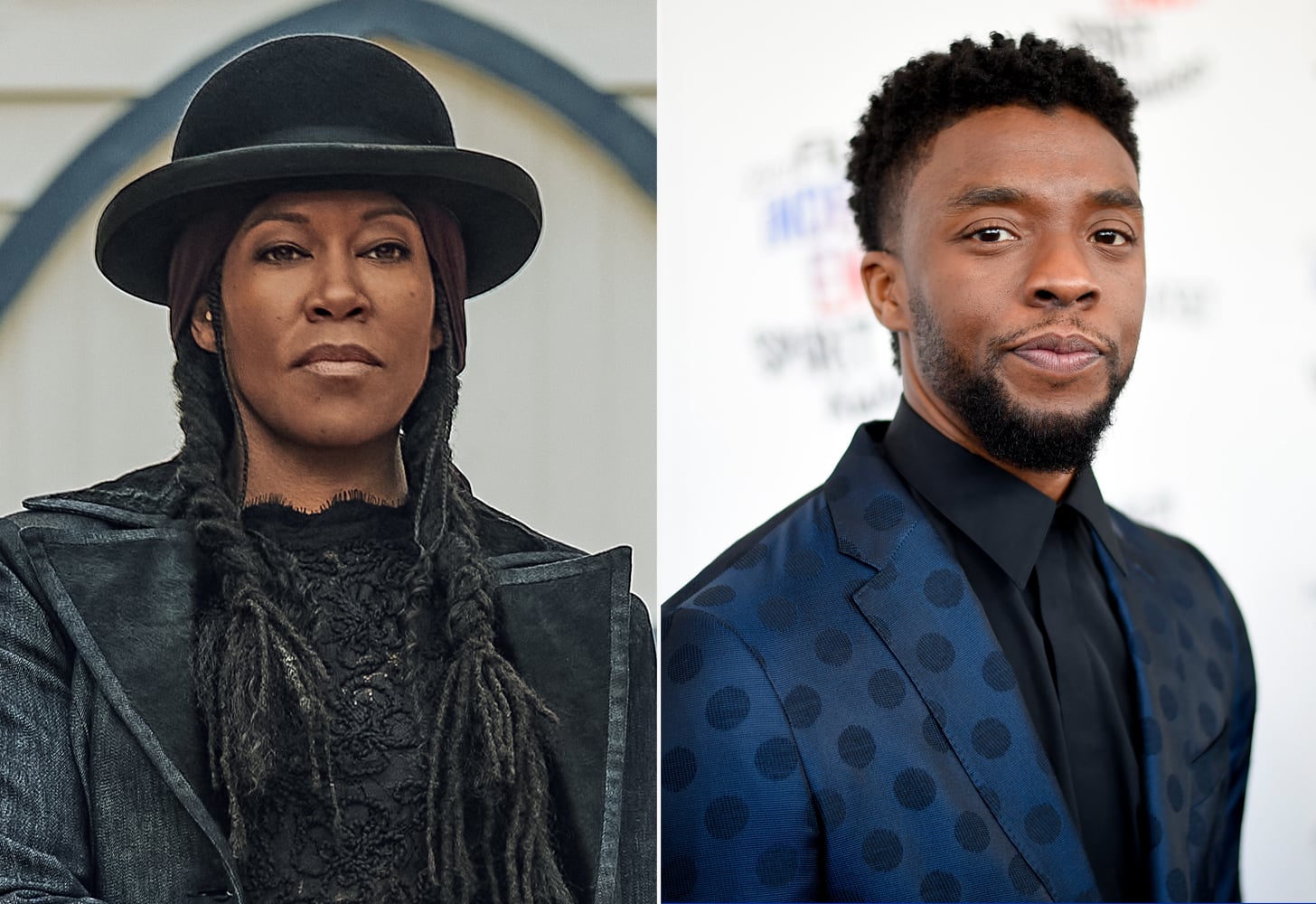 Netflix's The Harder They Fall features so many subtle Easter eggs, watching the Western film could practically double as a game of "I Spy". Perhaps one of the most touching hidden details planted by director Jeymes Samuel is a tribute to Chadwick Boseman in the form of a train named after the late and beloved actor. Approximately 27 minutes into the movie, viewers see Trudy Smith (Regina King) and Cherokee Bill (LaKeith Stanfield) strolling past a red train holding newly released prisoner Rufus Buck (Idris Elba) among other passengers. Painted on the side in white, all-caps lettering is "C. A. Boseman" as a nod to the Black Panther star's full name, Chadwick Aaron Boseman. Plus, moments earlier, you can catch a peek at the initials "C.A.B." on the locomotive right before its conductor is killed.

This is far from the only Easter egg in The Harder They Fall. In a recent video shared by Netflix on YouTube, Samuel explained how he named many of the shops throughout the town of Redwood after his family and friends. "I was literally giving out stores like a dictator calling up people [like], 'What's your middle name? We'll name that store after you,'" he said. One such phone conversation was with JAY-Z, who coproduced the film and contributed music to its soundtrack. Samuel chose to name the town's general store — Carter and Carter — in reference to the rapper's last name.

To catch the rest of the sneaky tributes Samuel slipped into the film, you can catch The Harder They Fall on Netflix right now.

Our favorite trivia from #TheHarderTheyFall might be the fact that the train is named after our forever king, Chadwick Aaron Boseman. 🖤 pic.twitter.com/wahEALnftR