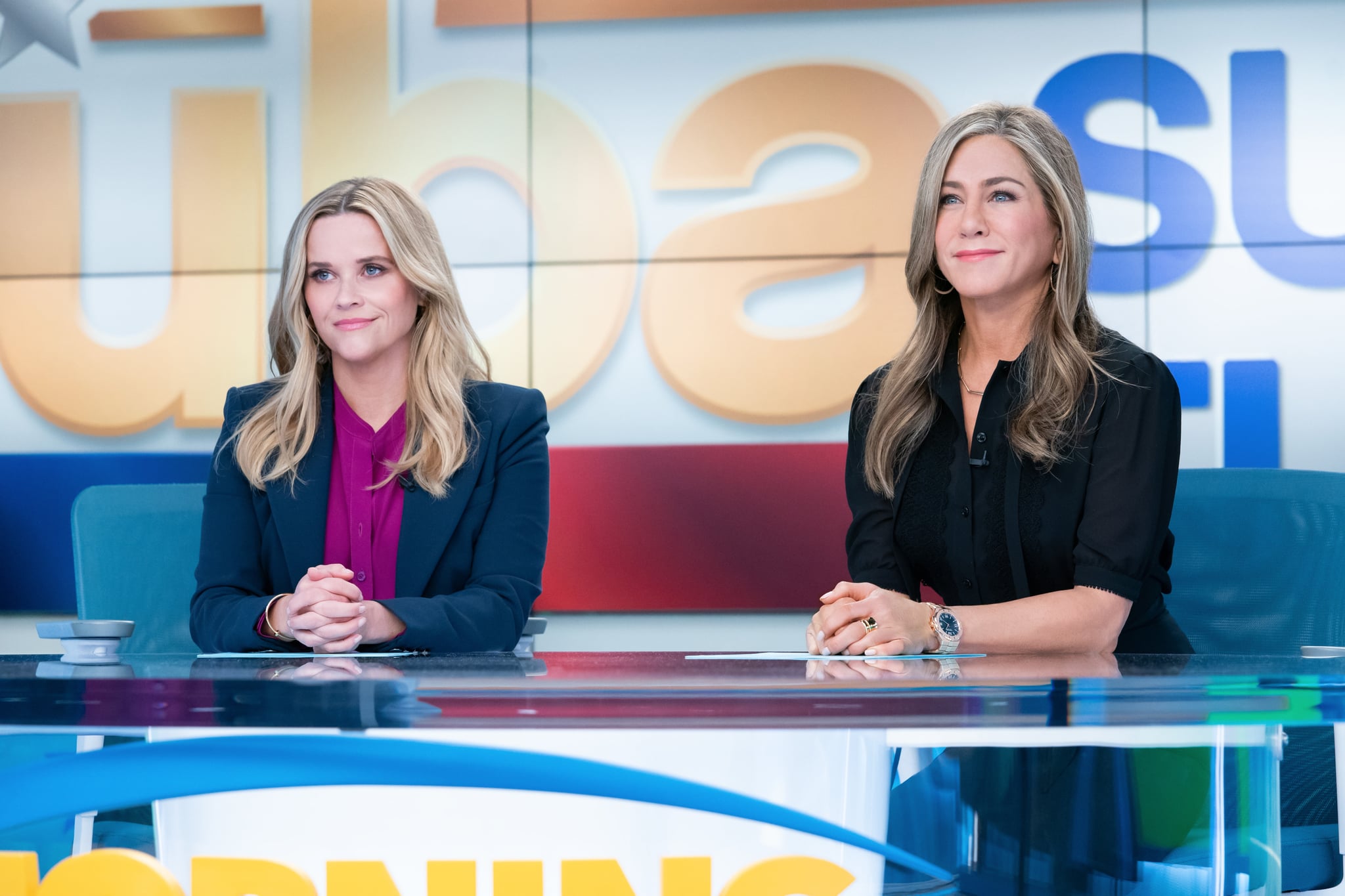 This just in: Apple TV+'s The Morning Show has been picked up for a third season! According to Apple TV+, the upcoming season will also welcome a new showrunner, Charlotte Stoudt, aboard the series. "I'm excited to be joining forces with Apple TV+ and The Morning Show," Stoudt said in a statement. "The cast, led by the phenomenal Jennifer Aniston and Reese Witherspoon, are truly to die for. Kerry, Mimi and Michael, and the teams at Media Res, Hello Sunshine and Echo Films, have created an irresistible world that is equally delicious and provocative."

The Emmy, SAG, and Critics Choice Award-winning series was originally picked up for only two seasons at Apple TV+, but buzz around the show has turned it into a full-on global hit. The Morning Show's renewal news comes on the heels of its successful sophomore season, which picks up after the season one finale, when Bradley (Witherspoon) and Alex (Aniston) expose the toxic culture at their network. Season two's abrupt finale leaves viewers wondering which direction the news drama will go in next, but hopefully we won't have to wait too long now that we know season three is on the way.