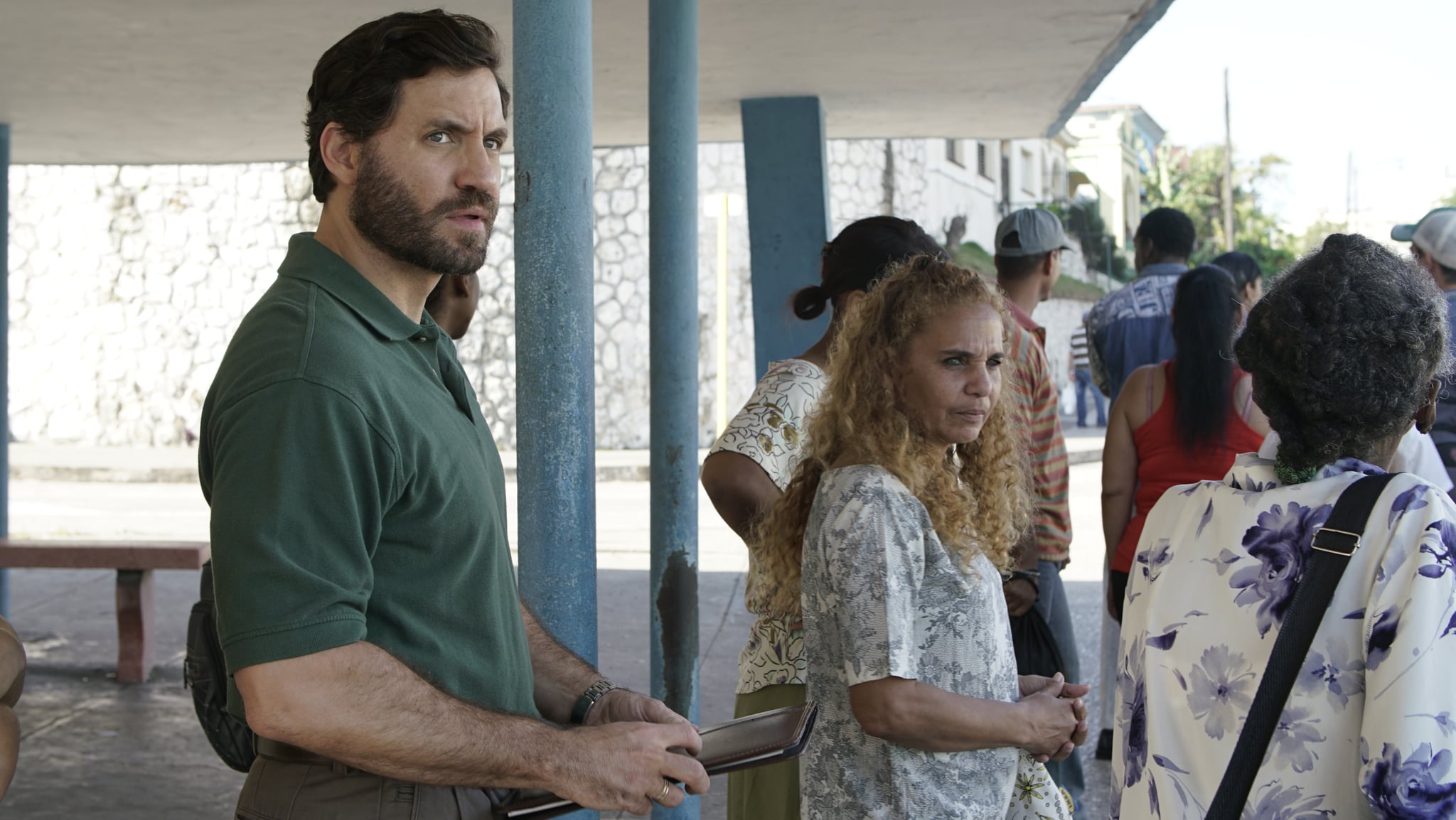 Movies based on real life are aplenty, but Netflix's new espionage thriller under that umbrella might just seize your attention. Wasp Network (released on the streaming service on June 19) features renowned French director Olivier Assayas and a star-studded cast — Penélope Cruz, Ana de Armas, Gael García Bernal, and Edgar Ramírez — at its core. Based on a true story, the film draws inspiration from Fernando Morais' book The Last Soldiers of the Cold War. It follows Cuban pilot René González (played by Ramírez) as he leaves his wife and daughter behind to infiltrate an anti-Castro organisation in Miami. The story goes beyond González, of course. In 1998, the arrest of five Cuban intelligence officers, including him, caught international attention by a whirlwind. Here's what you need to know about the Cuban Five and the controversy that followed their incarceration.

The History Behind the Wasp Network

When the Soviet Union collapsed in 1991, the future looked uncertain for Fidel Castro's control over Cuba. In the '90s, Cuba faced a series of bomb attacks. Anti-Castro militia groups in Miami had gained momentum by purchasing weapons and plotting attacks. Cuba sent agents to Miami to spy on these groups and counter their efforts. Collectively, the officers were called La Red Avispa or the Wasp Network. Throughout the '90s, the group infiltrated the anti-Castro organisations and sent information to the Cuban government through encrypted software, high-frequency radio transmissions, and coded phone messages. The Wasp Network has been credited with stopping bomb attacks such as the plot against Havana's Tropicana nightclub.

The Arrest of the Cuban Five

Things took a turn in 1996 when Cuban fighters shot down two planes with members of the exile group Brothers to the Rescue, killing four anti-Castro volunteers in the Florida Straits. To seize control over the situation, the American government cracked down on the case. Eventually, in Sept. 1998, the FBI infamously arrested the Cuban Five: Gerardo Hernández, Antonio Guerrero, Ramón Labañino, Fernando González, and René González. These men were Cuban intelligence officers who the United States accused of espionage (including gathering information about exile groups), conspiracy to commit murder, and other illicit activities. They were convicted and charged with sentences ranging from 15 years to life in prison.

Cuban officials argued that the Wasp Network was necessary to monitor potential terrorist attacks against Cuba from Florida. Watchdogs such as Amnesty International and the United Nations criticized the United States for incarcerating the five men. The United States, however, believed that it was legally justified in arresting them, contending that Hernández even knew about the Castro government's plan to shoot down the planes. While serving time in the U.S., the five officers became national heroes in Cuba, their faces placed on stamps and murals. For years, policymakers and their families rallied for their release. And the men would be set free, though not until they had already spent years in prison.

The Release of the Prisoners

René González was released from prison in October 2011. He was given three years of probation in the U.S., though he was allowed to return to Cuba for his father's funeral and stay there after renouncing his American citizenship in 2013. In Feb. 2014, Fernando González was granted freedom and immediately deported.

The Obama administration released the remaining three men in December 2014 in a prisoner swap. The Cuban government set free Rolando Sarraff Trujillo, a Cuban intelligence officer who had been imprisoned since 1995, after providing information that led to the spy ring's breakup in the United States. It also released American contractor Alan P. Gross, who spent five years locked in a cramped cell at a military hospital.

See how the facts of the story thrillingly unfold in Wasp Network, on Netflix on June 19.