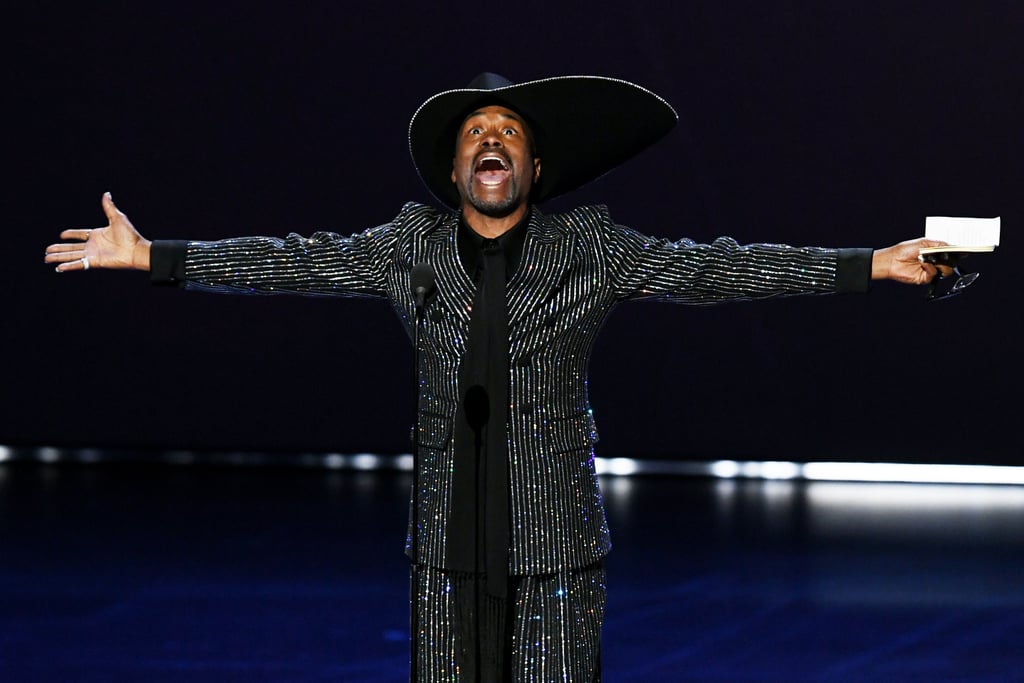 Pose star Billy Porter is a history-making Emmys winner! The first-time Emmy nominee won outstanding lead actor in a drama series for his role as Pray Tell on FX's Pose, making him the first openly gay black man to win a trophy for best actor in Emmys history.

"The category is love, y'all, love," the Tony and Grammy-winning actor said. "I am so overjoyed to have lived long enough to see this day. James Baldwin said, "It took many years of vomiting up all the filth I'd been taught about myself, and half-believed, before I was able to walk on the earth as though I had a right to be here." I have the right, you have the right, we all have the right!"

Porter went on to thank the other actors nominated in his category, including Jason Bateman (Ozark); Sterling K. Brown (This Is Us); Kit Harington (Game of Thrones); Bob Odenkirk (Better Call Saul); and Milo Ventimiglia (This Is Us); as well as thanking his family, the cast of Pose, and series creator Ryan Murphy. In a similar vein to the other speeches of the night, Porter ended his by sending out a rallying call for Hollywood to continue championing inclusive storytelling.

Watch his moving speech ahead!