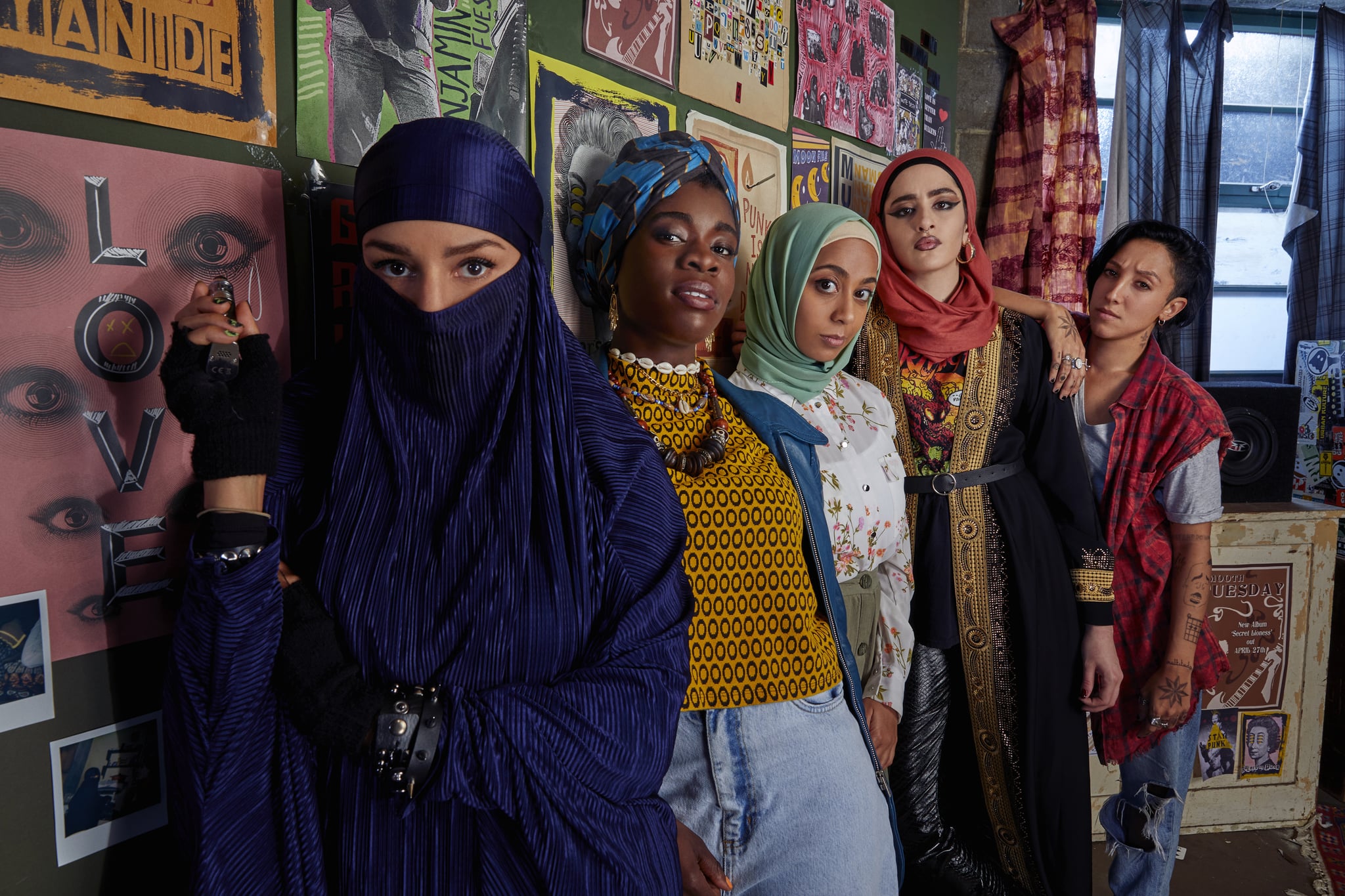 We Are Lady Parts is Channel 4's new comedy series by screenwriter Nida Manzoor. It follows the story of five young Muslim women, played by a cast of rising British talent, as they navigate their musical careers, familial pressures, and their relationship with their religion. Episode one airs this week, and within mere moments of watching it, we're already convinced that it's the funniest, most relatable (to young women of colour, that is) series to land on Channel 4 in quite some time.

The show itself came about as a result of Manzoor being constantly commissioned to write about traumatic experiences such as honour killings and forced marriages, not reflective of her own experiences or the experiences of the Muslim women that she knew. The series begins with a humorous insight into the process of arranged marriage, whereby Amina Hussein (played by Anjana Vasan) is sat in front of a potential suitor and his parents, quite obviously not making a good impression. Just a few minutes into episode one, and the show's subversive nature becomes crystal clear. Despite the fact that it explores these elements of cultural tradition, it does so in a way that makes them funny, realistic, and endearing as opposed to stereotypical and outdated. Vasan, in a roundtable interview with the cast and writer, said that "for Black and brown women to be able to be completely silly and be really, really funny on screen actually feels magical in itself because there's a counterpoint to all the narratives that are about misery and oppression."

As well as exploring cultural norms, the show doesn't shy away from exploring the more taboo topics like sexuality, desire, and nontraditional relationships. For Manzoor, acknowledging that narrative was hugely important, both in writing the series and in writing the characters themselves. In the same roundtable interview, she said that "I really wanted to stay truthful to what I wanted to say, but then also bring in the reality of the world and how — as Black and brown women, and as Muslim women — sometimes just speaking your truth doesn't always go down well with everyone. For me, it was just exciting to challenge [the characters] as well, and to see them falter and see them fall because that's awesome and that's human and that felt really truthful to the experience of creating art from a particular background."

"For Black and brown women to be able to be completely silly and be really, really funny on screen actually feels magical in itself because there's a counterpoint to all the narratives that are about misery and oppression."

The way We Are Lady Parts is filmed is inherently contemporary, too. It seems to take inspiration from a mix of old Bollywood films, comedies like Brief Encounter and Blur music videos, interspersed with comedic asides — and tonally, the series shifts from hilarious to serious pretty quickly. Manzoor said that the art of balancing truthfulness with comedy was "what was quite exciting, trying to navigate the tone of moving between comedy beats into dramatic beats in and out again. That was always something that was quite exciting, working out how to pivot from one tone to another." Vasan also added that "what's fantastic about the comedy that Nida has written, is that it's always based in something very real. So you can switch from something really mad and weird to something just deeply heartfelt." 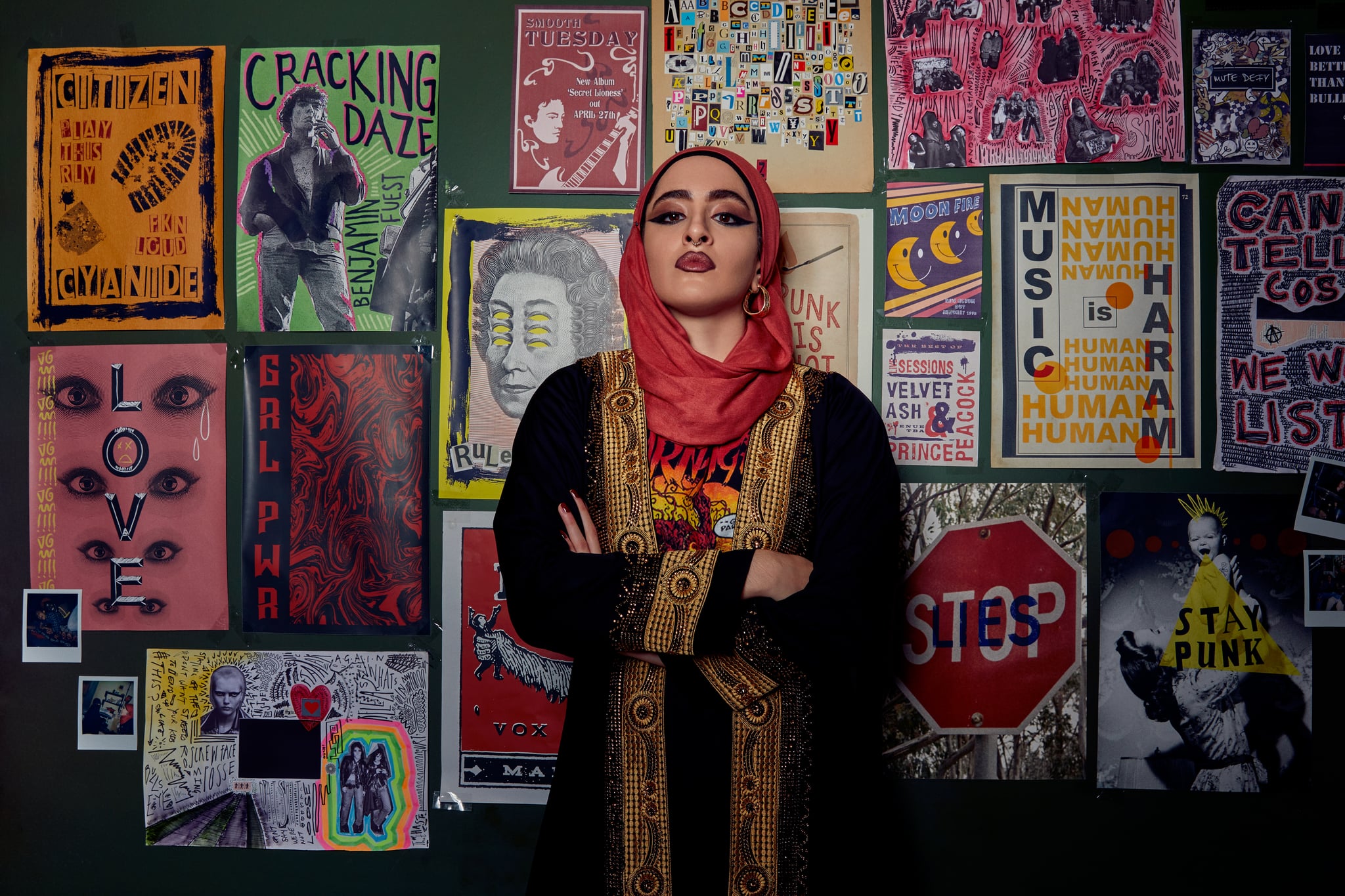 With an original soundtrack that focuses on punk music, the music in the show also feels revolutionary, challenging the outdated perception of the types of music Black and brown people listen to. Vasan admitted that the range of music was part of the allure for her in joining the cast, revealing that "I think fundamentally what resonated with me beyond the fact that like Nida, I have a similar sort of obsession with folk and country music, was that I didn't think that a brown nerd playing that kind of music, that that part would exist for a person like me."

The original soundtrack was written predominantly by Manzoor and her siblings, and Manzoor told listeners that "one of the things that I was most excited to do was to just write with my brothers, my brother-in-law, and my sister. We've grown up writing and making music together, so this was something that was the most fun to do. We had a week in a studio in King's Cross with a bunch of instruments and a couple of ideas, and it was just really organic, the way that we developed them". During the interview, Juliette Motamed (who plays Ayesha) addressed some of the musical influences, citing Poly Styrene and X-Ray Spex as big inspirations. She said that "even though this is a fictionalised account of a punk band, I think it's so important that we're carrying on that lineage of punk music that has been so strong and so prevalent in the UK music history."

A second series has yet to be confirmed for the show, but given the multidimensional characters, positive representation of Muslim women, and soon-to-be iconic original soundtrack, we sincerely hope that this isn't the last we see of We Are Lady Parts.

We Are Lady Parts is available to watch on Channel 4 from 20 May.