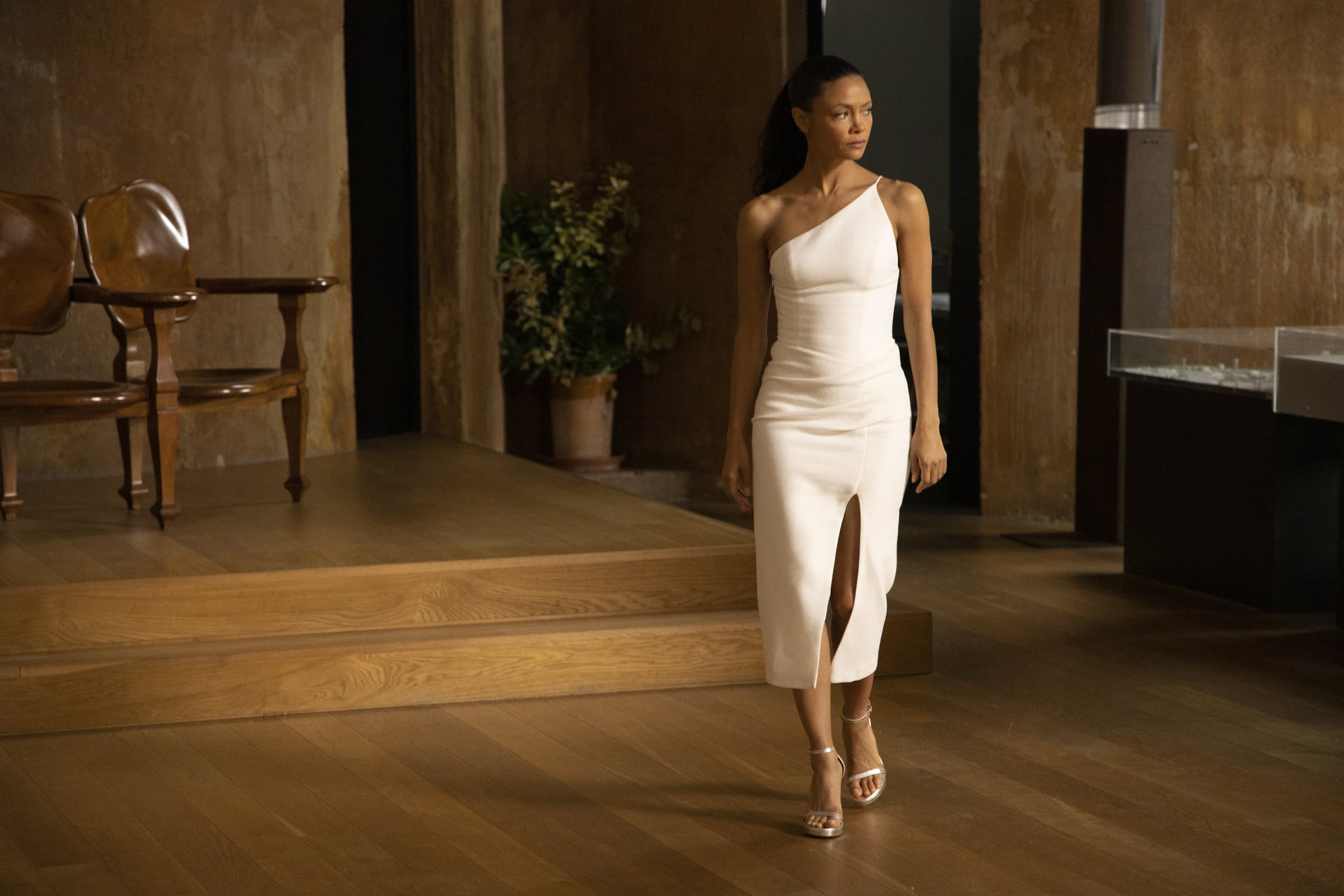 Game of Thrones may be over, but the spirit of the show lives on through Westworld. As Stubbs and Bernard find themselves in Park 4 in the second episode of Westworld's third season, there is a not-so-subtle nod to GOT — the pair pass through an underground area, where GOT showrunners David Benioff and D.B. Weiss make cameos as technicians.

While Benioff and Weiss work in a glass room, the latter can be overheard talking about selling a host to a startup in Costa Rica. Although, this isn't your normal host — it's a dragon! Yep, as in Daenerys Targaryen's Drogon. In the scene, there are also shots of hosts dressed in medieval garb, similar to the costumes from GOT, and a few photos of castles that look like Dragonstone and the Red Keep as Stubbs and Bernard step into an office.

So, how exactly did the cameo come about? Westworld creator Jonathan Nolan teased that GOT author George R.R. Martin has actually been pitching a crossover episode for a while now. "We're friends with both Dan and David, who are lovely human beings," Nolan told The Hollywood Reporter. "They have been incredibly supportive and friendly with us as we were getting our show up and running. George R.R. Martin as well. George has frequently pitched a crossover episode. When the time came for Luke [Hemsworth] and Jeffrey [Wright]'s characters to be wandering around in the bowels of the Mesa, we could not resist."

Nolan also noted that Park 4 is a nod to Medieval World from the 1973 film that Westworld is based on. "This was an opportunity to pay homage not only to that, but also to [Game of Thrones], the show that created the opportunity for us to do this show," he said. "It reinvented television in terms of its ambition, its production values, the sweep of the stories they were telling. We wanted to pay homage to them. Dan and David very kindly obliged and agreed to come hang out with us on set for a night — and they brought one of their big fire-breathing friends with them."

As for whether Westeros is actually a world in Delos park, Nolan isn't confirming any theories, but he definitely want fans to consider the possibility. "We wimped out and called it Park 4, so we'll leave it to the imagination of the audience."