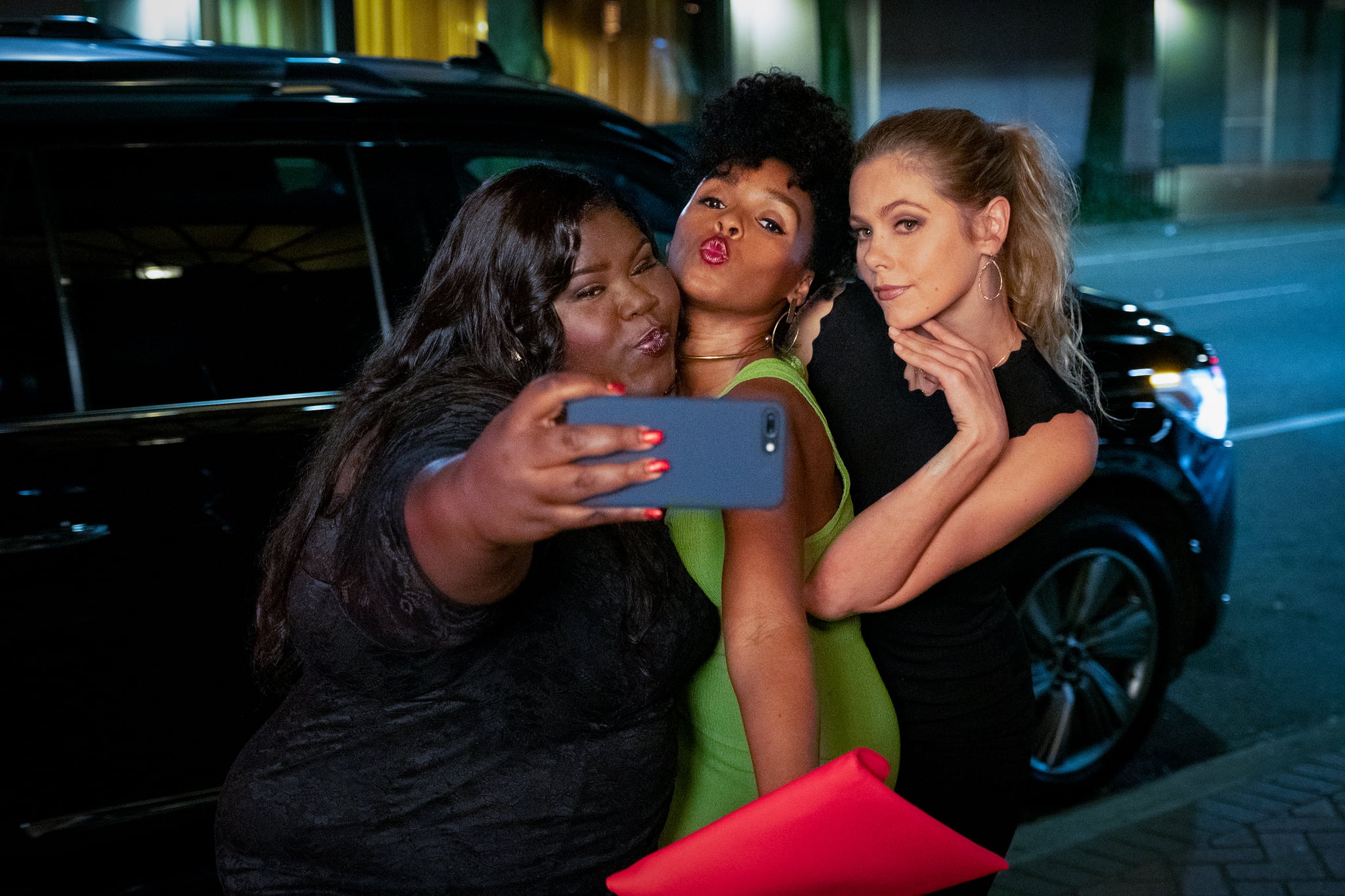 Antebellum has been steeped in mystery from its first trailer, and for good reason. The film, which premiered on Sept. 18, follows successful author Veronica Henley after she is abducted and thrust back into the antebellum era. Forced to live life on a plantation under the name Eden, she works to come up with a plan to get back to the life she knew before it's too late.

When I watched the trailer, I thought there might be supernatural forces at work when it came to Veronica's abduction and transformation into Eden. I even thought there were ties to Octavia Butler's classic 1979 novel, Kindred, which follows a young Black writer who finds herself thrown back in time from 1976 to a pre-Civil War Maryland plantation, but I was wrong on both counts. I had high hopes for the film, with all that buildup and a star-studded cast featuring Janelle Monáe. Unfortunately, those hopes were dashed when the film's big twist was finally revealed to be incredibly lackluster. Keep reading for a breakdown of why the setup doesn't work, how the twist is a letdown, and how the aftermath feels like an empty gesture.

Related:
Here's Who You'll See in Antebellum, Which Looks Like the Scariest Movie of 2020

The movie starts with Eden already living on the plantation. Our only hint that something may be amiss is a shot of a woman's modern-day septum piercing right before she's brutally murdered by a Confederate soldier for attempting to run away. For her part in the attempted escape, Eden is tortured by "Him," who views her as his and his alone. As the weeks pass, Eden has seemingly become complacent in the hopes of avoiding the torture "Him" subjects her to. One night, Eden falls asleep next to "Him" and awakens to the sound of a phone ringing, hinting that the experience may just be a dream.

In actuality, Eden is Veronica Henley, who, after a disastrous phone call with a racist headhunter named Elizabeth — who is the plantation lady from the "dream" — heads to a conference. At the hotel, Veronica endures several instances of microaggressions from members of the hotel and restaurant staff before she heads out for a night out with her friends. The big twist is revealed after she and her friends split up for the evening.

The setup may have worked had the film started with Veronica in the present. Instead, we're treated to a scene of horrific violence before we even learn Eden's "name." What was likely meant to be a metaphor for how Black people can be viewed as nameless and voiceless when it comes to the violence against them ends up bungling the setup and lowering the stakes. We know nothing about who the real Eden is or any of her backstory. We know she's not meant to be there and want her to escape, but we don't know how she's supposed to get back home. Even when Veronica is with her friends in the present day, they feel like caricatures of people rather than anyone we can connect with. And any correlations we might make between the "past" and the present, like the fact that the headhunter is the same woman from her "dream," aren't half as shocking as they'd be if the film had been structured differently. 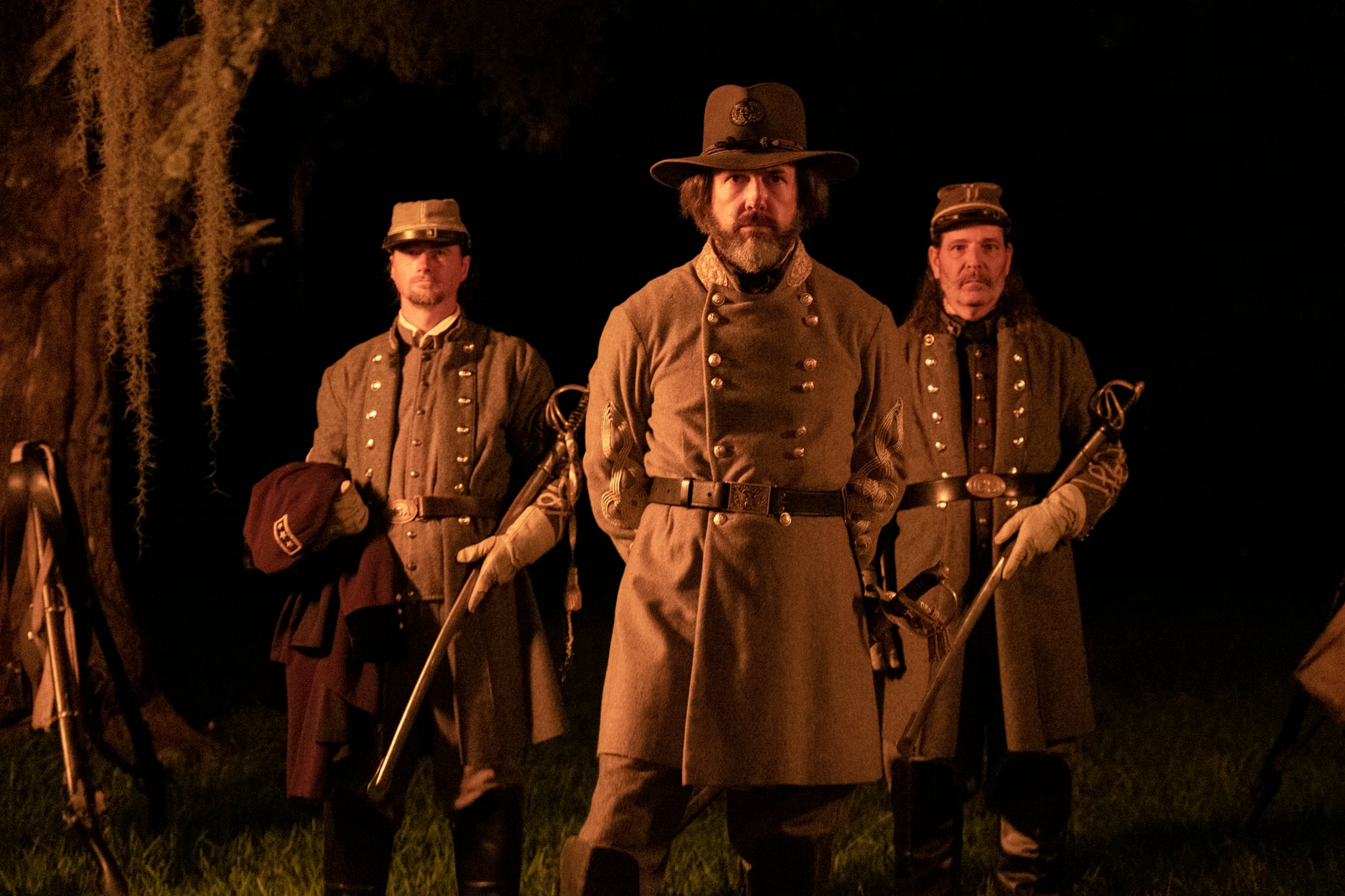 The biggest bummer of all is the twist. It turns out that the opening of Antebellum isn't a dream after all, and learning about Veronica was just a flashback to give us context as to how she ended up on the plantation. Once "Him" uses a cell phone to take a mysterious phone call, we know there's no time travel or supernatural element to the film, it's just a racist version of M. Night Shyamalan's The Village. The plantation is a playground for racists to live out their sick and twisted fantasies at the expense of their abductees — Black people handpicked by Jena Malone's Elizabeth. Veronica is the lone exception who was picked by Elizabeth's father, Senator Eden, because of her outspoken nature.

At the end of the movie, we find out that Veronica/Eden hasn't been far off from "modern day" all along. The plantation where she's being held captive is actually a Civil War reenactment park called Antebellum. It's wild to think that all of that violence could be kept secret and that not a single person would leak what is going on at the back of the park.

Veronica/Eden's final obstacle is Elizabeth, who sets out to hunt her former abductee. Veronica/Eden gets the upper hand and ties Elizabeth to the back of her horse, dragging the other woman behind her as she makes her escape, with Elizabeth dying at the base of a Robert E. Lee statue.

What's meant to be seen as a triumph feels hollow in comparison to the horrors the film subjects Veronica and us to. We're never given any insight into the trauma the Black characters experience besides surface level pain and suffering. It feels like all the actors in the film have been wasted, with each characterization seeming like little more than two-dimensional portrayals. Even with Veronica's escape, there should be much more priority to learning what happened to her after. Was the park shut down? Were there reparations? Did everyone involved with Antebellum get what was coming to them? Having it end with her escape, with no mention of what happens next, is just another way the creative team failed Antebellum. At the end of the day, it's still unclear who this movie was for, particularly with its waste of talent and a great premise. 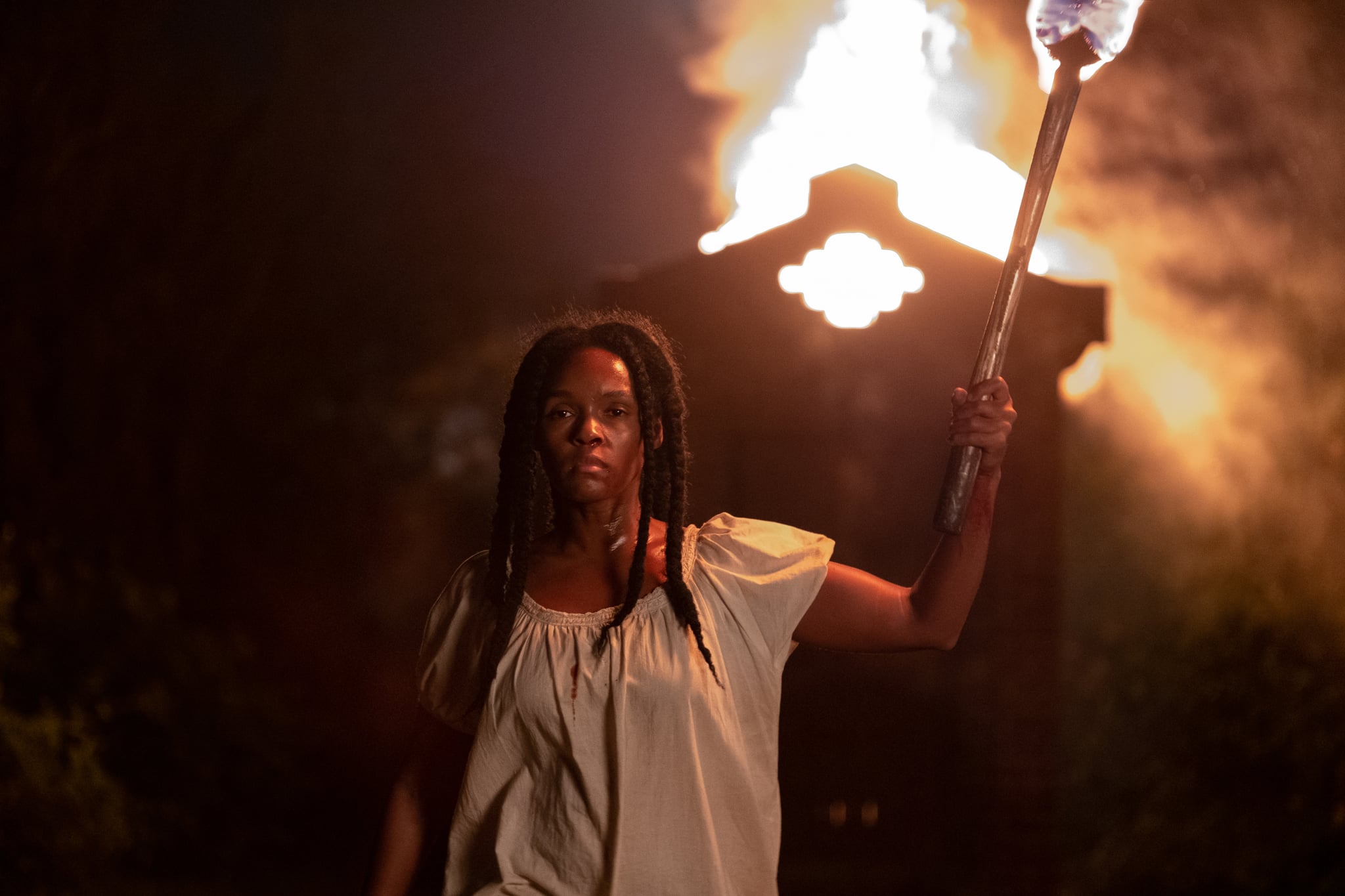