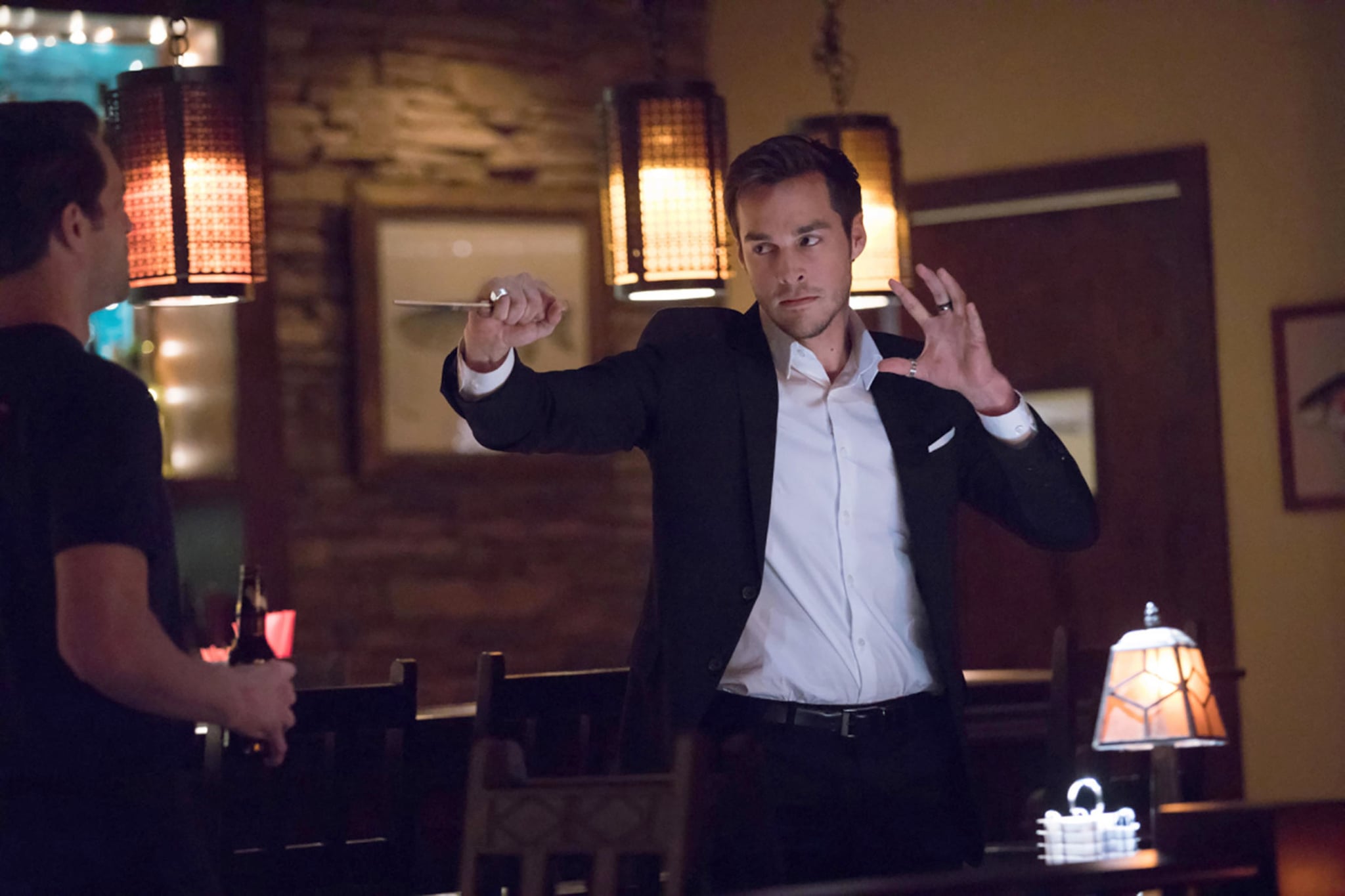 Everyone's favourite villain, Kai Parker, is coming back to Mystic Falls! Chris Wood is officially reprising his Vampire Diaries role in the second season of Legacies, and to say we're excited would be an understatement. The actor is set to guest star in episode 12, which will air on Feb. 6.

Though it's unclear how Kai will appear on the show — the last we saw of the witch turned vampire, he was safely locked away in a prison world — we have a feeling his return is going to shake up the Saltzman family. His episode is titled "Kai Parker Screwed Us," after all.

The return of his character has been largely hinted at this season as Josie and Lizzie Saltzman, aka Kai's nieces, try to find a way to survive their coven's Gemini merge. In fact, the first season of Legacies ends with the twins finding the Ascendant, which is the key to Kai's prison world. Perhaps they release Kai in an effort to get some answers about the merge, and he ends up double crossing them. Honestly, that sounds like classic Kai. It could also be possible that Josie, who has been battling her dark side all season, decides to team up with her villainous uncle. Fans did speculate that her vision included a quick clip of Kai in the prison world.

Needless to say, we are eager to see how it all goes down.