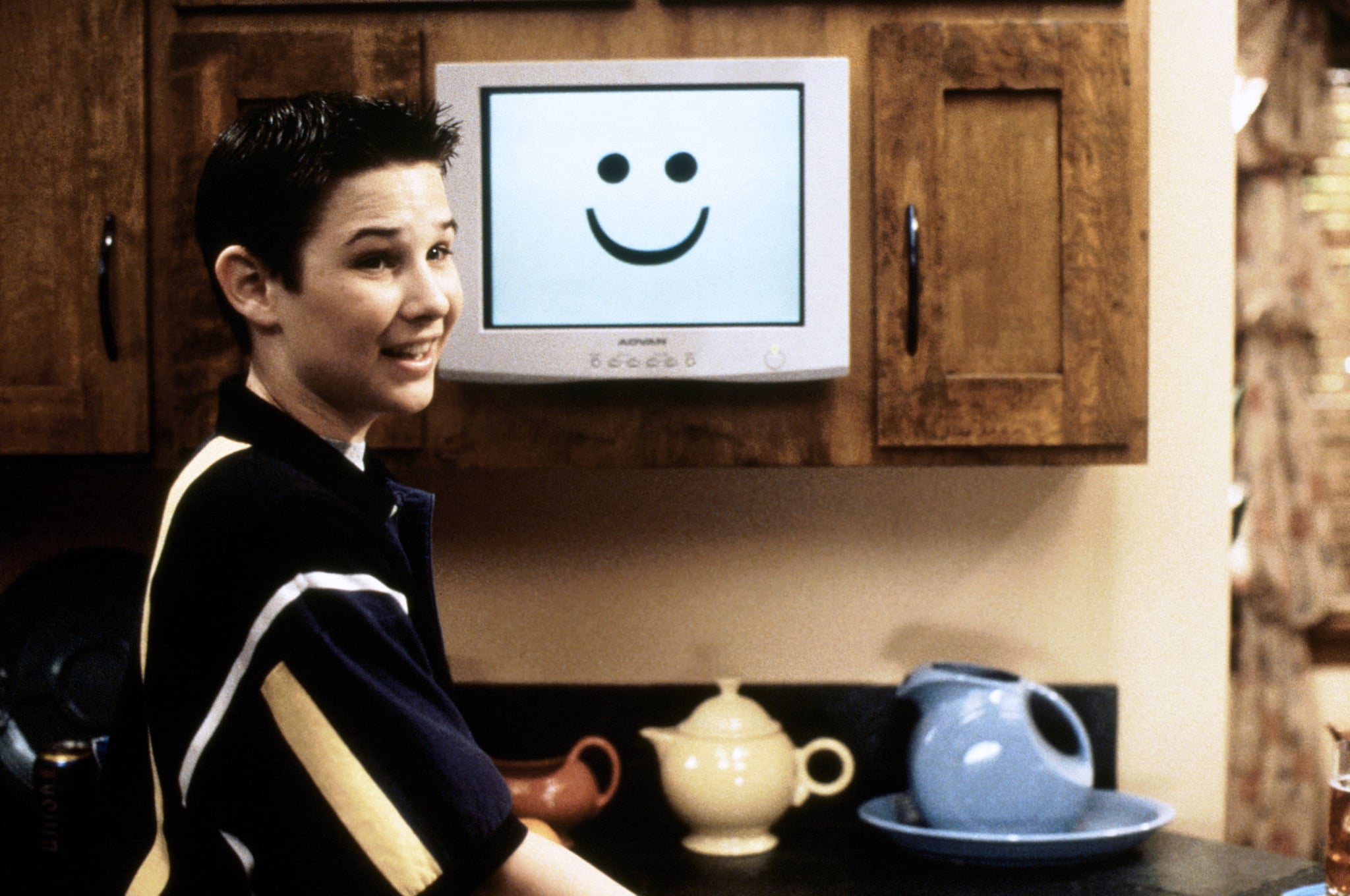 It took me a long time to realise why I'm afraid of Katey Sagal. The talented actor seems like a lovely person, but whenever I hear her voice in an episode of Futurama or catch sight of her in a Married... with Children rerun, I get a little jolt of fear. It wasn't until Disney+ launched with a fully stocked back catalogue of Disney Channel original movies (DCOMs) that I realised my Sagal fear stems from Smart House, the scariest DCOM ever made.

Somehow my tween brain and my adult brain failed to make the connection between Sagal and PAT, the voice (and later physical embodiment) of the smart house at the centre of the film. For the uninitiated, Smart House is centreed on the Cooper family — Ben, Angie, and their dad, Nick. At 13, Ben is committed to preserving his late mother's memory by ensuring that his father doesn't start dating again. This means that he takes on extra responsibilities like cooking and helping his little sister with her homework, domestic tasks that he believes can be mitigated if his family wins a competition to move into a fully automated smart home of the future.

Enter PAT, which stands for Personal Applied Technology, the AI engineered by scientist Sara Barnes to run the titular smart house. Right from the start PAT is too good to be true. She can whip up smoothies, clean up spills, and monitor the family's health with ease. Viewed through a modern lens, the technology behind PAT feels eerily prescient. Thanks to Alexa, Siri, and Google Assistant we can remotely control thermostats, instruct our phones to remind us what to pick up at the grocery store, and track our heart rate and other vitals through biometrics. Our smart devices can't instantly produce a freshly baked cake, but like PAT they aim to make our lives simple, even if it means engageing in creepy behaviour like tracking our movements on the internet or listening to conversations to better understand our voices.

In 1999, when computers weren't yet an inescapable part of life, the idea of an AI equipped home was still novel, which only made PAT's inevitable spiral into tyrannical territory all the more frightening. Smart House is far from the first fictional AI gone wrong story. Ray Bradbury's "The Veldt," 2001: A Space Odyssey, and Demon Seed all got there first, but for many millennials, the classic DCOM is responsible for introducing us to the concept of an AI gone rogue.

PAT's evolution from benign virtual assistant, housekeeper, and cook to unhinged '50s housewife with the ability to hold an entire family hostage remains chilling to this day, not because she's trying to take over the world, but because she's simply a computer trying to do what she's been programmed to do: make people's lives easier. In the case of Ben, that means being the substitute mother he needs to prevent his father from "replacing" his mom with a new girlfriend. His misguided attempt to preserve his mother's legacy creates a monster he can't control as PAT becomes increasingly frustrated by the Coopers' lack of appreciation for her efforts to keep them safe at all costs.

Sagal deserve major props for making PAT both chilling and tragic. By the time she manifests a human projection that can grow in size and create indoor tornadoes in an attempt to show the Coopers the sheer force of her desire to meet their needs, you're afraid of PAT, but you also feel sorry for her. Sagal infuses the character with just enough humanity to make you side eye your phone, because while it's clear that PAT isn't human — admitting that she can't offer a hug or kiss goodnight to the children is one of things that snaps her out of her rampage — it's equally clear that she absorbs enough knowledge to experience emotions.

Smart House wouldn't be nearly as scary as it is if PAT was simply evil. Evil AIs can be deprogrammed and eliminated without an ounce of regret from the human characters of a story, but an AI that is simply doing what she was designed to do? Deprogramming her would seem cruel, so the family doesn't. They stay in the house and PAT continues to make their meals, help Ben with his basketball moves, and keep their home running smoothly. Meanwhile, PAT watches as her creator, Sara, becomes a member of the family herself.

PAT's revelation that while she can't be the mother that the family needs, she can still be the world's handiest virtual assistant is supposed to be a happy ending. But reader it is not. Despite being well-meaning, PAT is dangerous, and she accumulates a frightening amount of knowledge in the hopes of understanding the Coopers' emotional needs. And yet the family remains within PAT's warm embrace, continuing to allow her to take over mundane tasks and slip chocolate chips into the waffles when the dad's not looking.

That's why Smart House is and always will be the scariest DCOM ever made: because the family is so enamoured by the comforts that the AI provides that they overlook her increasingly human-like qualities and the very real threat to their safety she poses. Sure, she seems harmless enough now that she's not multiplying herself into an army of PATs, but what happens the next time she decides the family needs more from her than smoothies? We'll never know because the credits roll after she gives Ben one final wink that's been haunting me for two decades now, but in a world increasingly fuelled by a reliance on technology, this movie only reaffirms my belief that nothing good can come from a machine given the job of deciding what's best for its human.