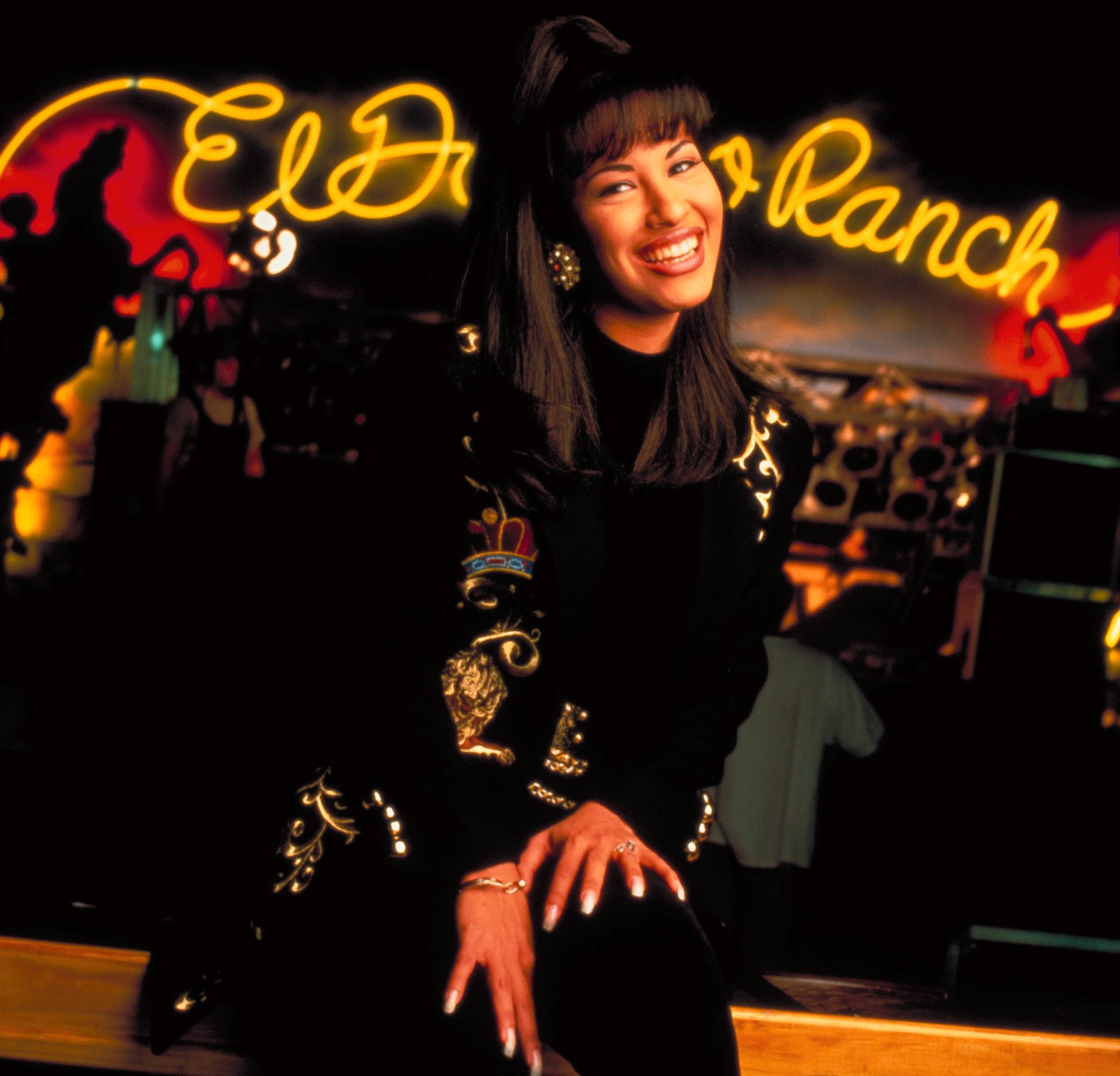 After much anticipation, part one of Selena: The Series finally hit Netflix on Dec. 4, and while I expected it to be emotional, it was the first time in a long time that I really felt seen. On the surface, the show is about the late Selena Quintanilla's early rise to fame, but at its core, it's a story about following your dreams while staying true to your roots.

As I binge-watched all nine episodes in one day, I was immediately taken back to my childhood, when my cousin and I used to put on shows in the living room for my grandma. We would turn the volume all the way up on my aunt's boom box and pretend our hair brushes were microphones as we belted out "Bidi Bidi Bom Bom" and "Como La Flor" at the top of our lungs. I remember playing her music on repeat and knowing the lyrics to every song — even the English ones. Don't ask me about my dance moves, though!

"To say that I was a fan of Selena growing up is a huge understatement — she inspired me to dream big, no matter the circumstances.

To say that I was a fan of Selena growing up is a huge understatement — she inspired me to dream big, no matter the circumstances. Like Selena, I too come from humble beginnings; my parents came to the United States from Mexico and Laos and worked hard to provide me opportunities and a future. But the journey wasn't an easy one. As I watched the scenes of Selena's family losing their restaurant and struggling to pay the bills play out on the screen, I was suddenly taken back to the financial hardships my family faced throughout my childhood, stressing out over paying the rent on time, making sure we had food on the table, and losing their jobs during the recession in 2008. Nothing was ever given to us, and in a way, it was sort of a blessing in disguise because it taught me to work hard and never take anything for granted.

With every episode, I also realised how long it had been since I'd seen someone like me on screen. Not just looks-wise, but I could see myself in their jokes, music, struggles, and everyday life — minus the whole pop star thing, of course. The familiarity of it all filled my heart with a sense of joy and pride.

"With every episode, I also realised how long it had been since I'd seen someone like me on screen."

Just like me, Selena also struggled with balancing two cultures. She was too American for the Mexicans and too Mexican for the Americans. As her father in the Selena film (played by Edward James Olmos) put it, "We gotta be more Mexican than the Mexicans and more American than the Americans, both at the same time!" Being half Mexican and half Laotian, this is something I'm all too familiar with. I've never truly felt like I've fully belonged to either group, but Selena was able to balance between both cultures so seamlessly. Even though she didn't grow up speaking Spanish, she learned it as her career began to blossom, and she managed to become one of the biggest Latinx icons in history. By watching Selena create her own lane and take pride in who she was, I learned that it's OK to be different and not always fit in because that's exactly what sets me apart from everyone else.

Even though it's been 25 years since Selena's death, she continues to be an inspiration to many, whether it's through her music, fashion, or life story. She marched to the beat of her own drum, broke barriers for women in the Latin music industry, and she did it all with the utmost class and grace. To this day, there is no one that compares to her. She makes me proud to be a Latina, and we can all take something away from her story.