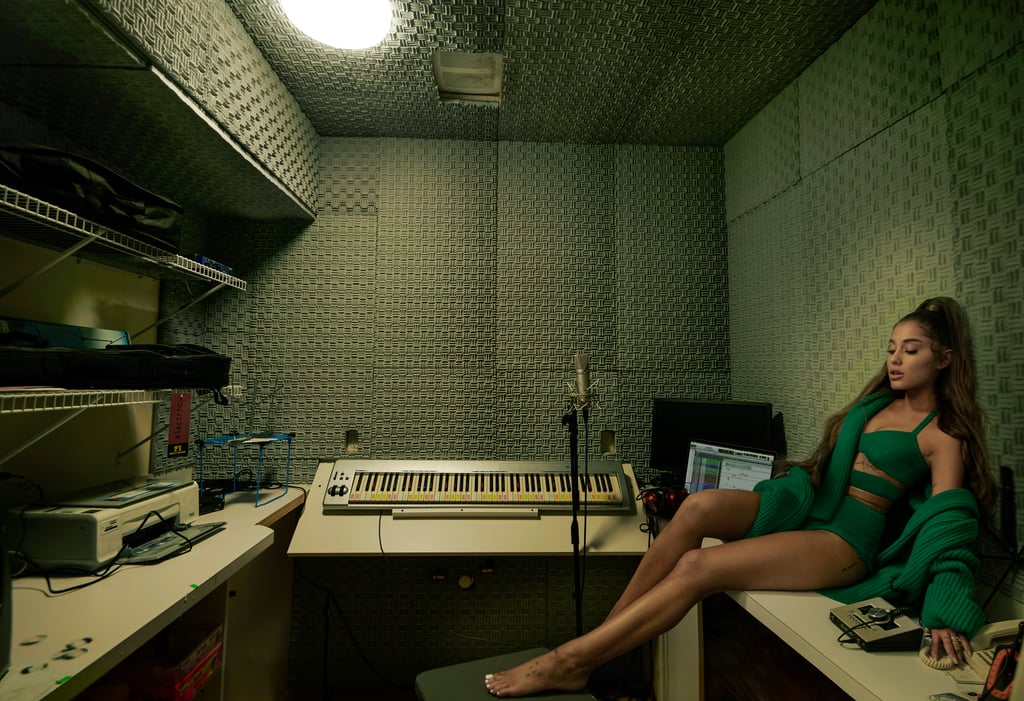 Ariana Grande is aware that she's easy to imitate. The singer recently opened up about her personal style — and personal life — as the cover star for Vogue's August 2019 issue. Of her signature look — you know the one: oversize shirt, thigh-high boots, massively long ponytail — Ariana said, "I like having my funny character that I play that feels like this exaggerated version of myself. It protects me."

Sure enough, in the stunning spread shot by Annie Leibovitz, Ariana can be seen wearing outfits that feel true to her style, particularly the little black dress by Dior featured prominently on the cover. There's also the monochromatic kelly green Khaite cashmere set that somehow looks like a (very cosy) variation of her sexy Sweetener tour costumes.

Elaborating on the character her style has spawned, Ariana said, "The music is very personal and very real, but yes, if you can be me for Halloween, if drag queens can dress up as me, then I'm a character." She added, "Go to your local drag bar, and you'll see it. That's, like, the best thing that's ever happened to me. It's better than winning a Grammy." Look ahead to see photos from the intimate cover shoot, which also features her mother, grandmother, and dog.