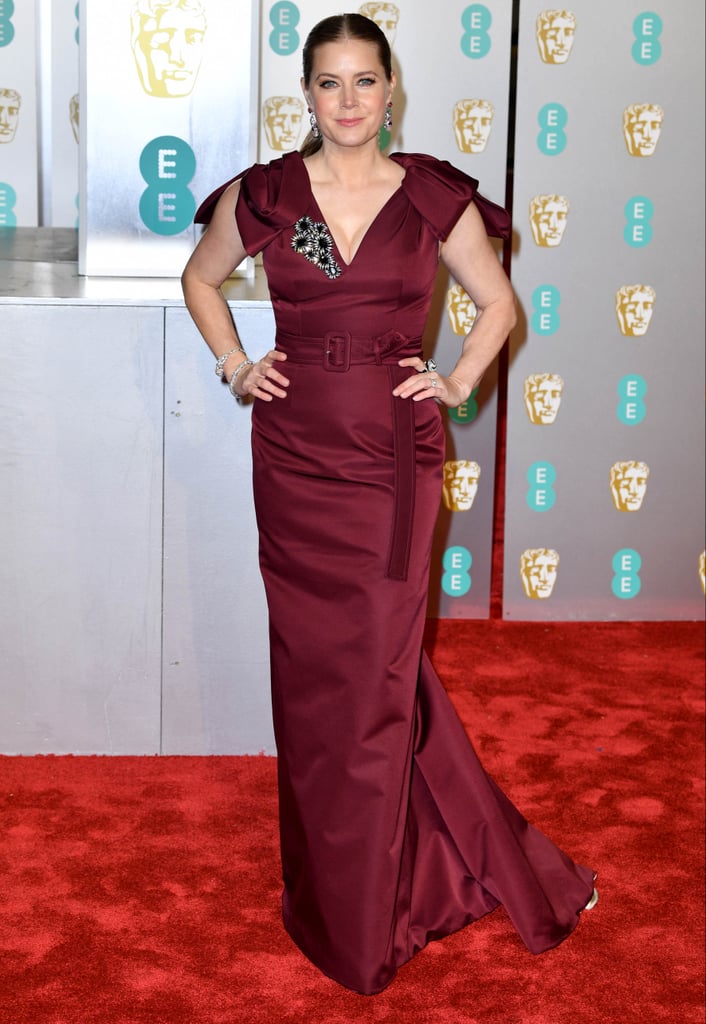 The award season juggernaut rolled into London on Sunday night, as stars hit the red carpet for the UK's biggest award show, the BAFTA film awards. Amy Adams, Viola Davis, Melissa McCarthy, Thandie Newton, and Lily Collins were among the glamorous stars who stepped out in the most beautiful gowns for the big night, bringing a touch of elegance to a cold night in the UK capital.

Keep reading for a closer look at all the most stunning gowns, from fresh-from-the-runway couture, to classic strapless gowns, and ruffled, romantic numbers. It's safe to say these stars pulled out all the stops for London's most exciting night.

Celebrity Style
Nope, We're Still Not Over Rina Sawayama's Brit Awards Gown, but Thanks For Asking!
by Victoria Messina 13 hours ago