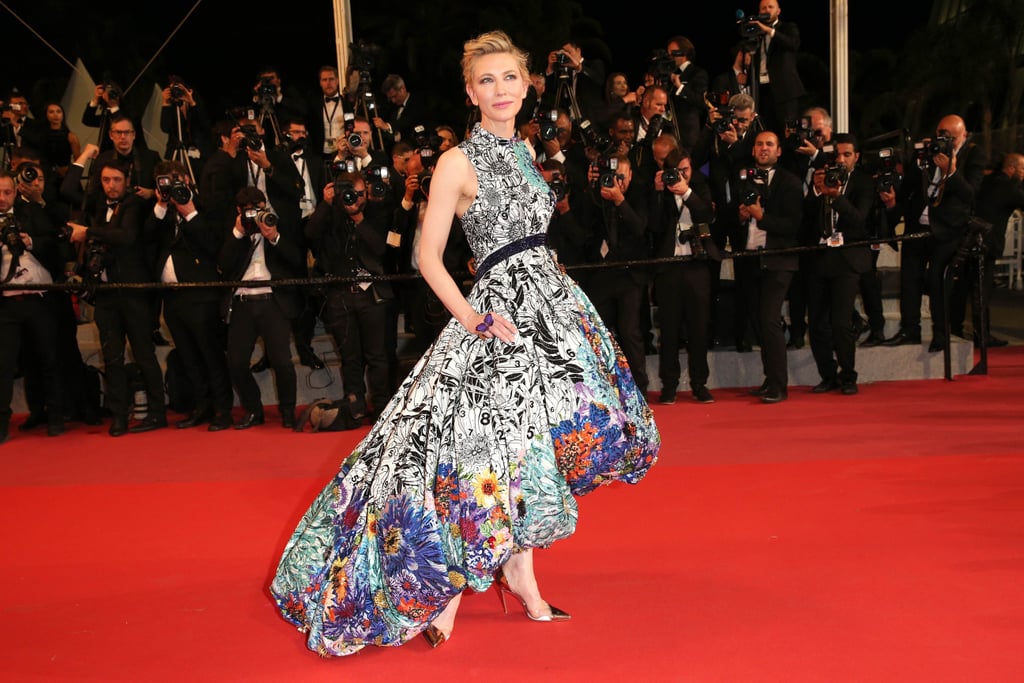 Cate Blanchett's Cannes Gown Looked So Incredible, the Designer Cried When She Saw It

When we heard that Cate Blanchett had been named president of the jury for the 71st Cannes Film Festival, we knew that meant some serious fashion moments on the red carpet. Cate consistently rules when it comes to red carpet style, and the glamour and spectacle of Cannes is the perfect place for her to continue her reign.

She surprised us all by recycling her 2014 Golden Globes gown for her first Cannes appearance, but on Thursday night, at the premiere of Cold War (Zimna Wojna), she brought us something new, and boy, was it worth the wait! Cate stepped onto that famous Cannes staircase in a custom Mary Katrantzou creation, a gown so voluminous it apparently had to be driven to the Riviera from London in a special van.

Cate's puffball design combines elements from a number of looks first shown during Katrantzou's Spring 2018 show. The collection was inspired by childhood pursuits, and if you look closely, you'll notice the black and white base of Cate's dress is actually a paint-by-numbers design! Onto this was added a riot of colourful embellishment, which apparently took three weeks to be hand-embroidered, according to Vogue.

"Moments like this are a stylist's dream," said Elizabeth Stewart, who was responsible for choosing details like the Chopard butterfly rings and £465 Aquazzura pumps that finished the look. The designer herself was just as overcome, taking to Instagram to say, "I have never cried with excitement when someone has worn my dress but I did tonight."

Award Season
We Asked, the 2020 Grammys Delivered — These Are the Best Beauty Looks of the Show
by Lauren Harano 10 hours ago

by Karenna Meredith 9 hours ago