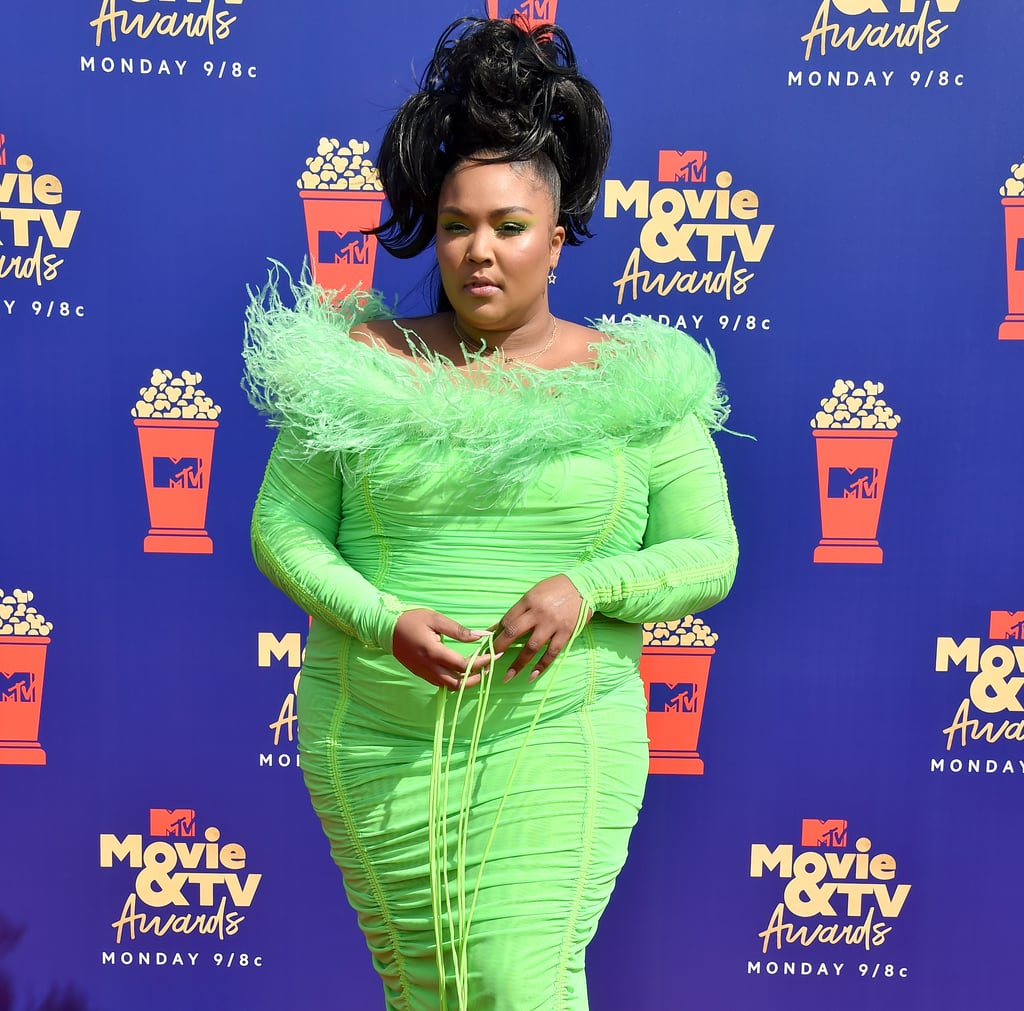 The stars at the MTV Movie and TV Awards were clearly all competing for the spotlight. The event went down in Santa Monica on Saturday night, but with the broadcast set for two days later, we couldn't help but obsess over the arrival looks from before the show. Lizzo wore a lime-green ruched midi dress and embellished chunky sneakers. Kiernan Shipka was covered in the Fendi monogram. Haley Lu Richardson wore just about the hottest Prabal Gurung crop top set we could imagine on a warm Summer's day. And Storm Reid? She boldly settled on an intricate velvet minidress by Etro.

We're particularly excited by the number of make-you-look pantsuits the women wore, although Daniel Levy from Schitt's Creek gave the ladies a run for their money in electrifying pink Alexander McQueen. And those who chose dresses definitely didn't choose simply. Seriously, you're going to be astonished by all the sequins, latex, and glitter going on here. If it's not enough to inspire your wardrobe for the rest of the week, maybe scroll back to the beginning and start over, because there's simply no denying how the burst of colour from this red carpet lights up your life. Thank you, award season.