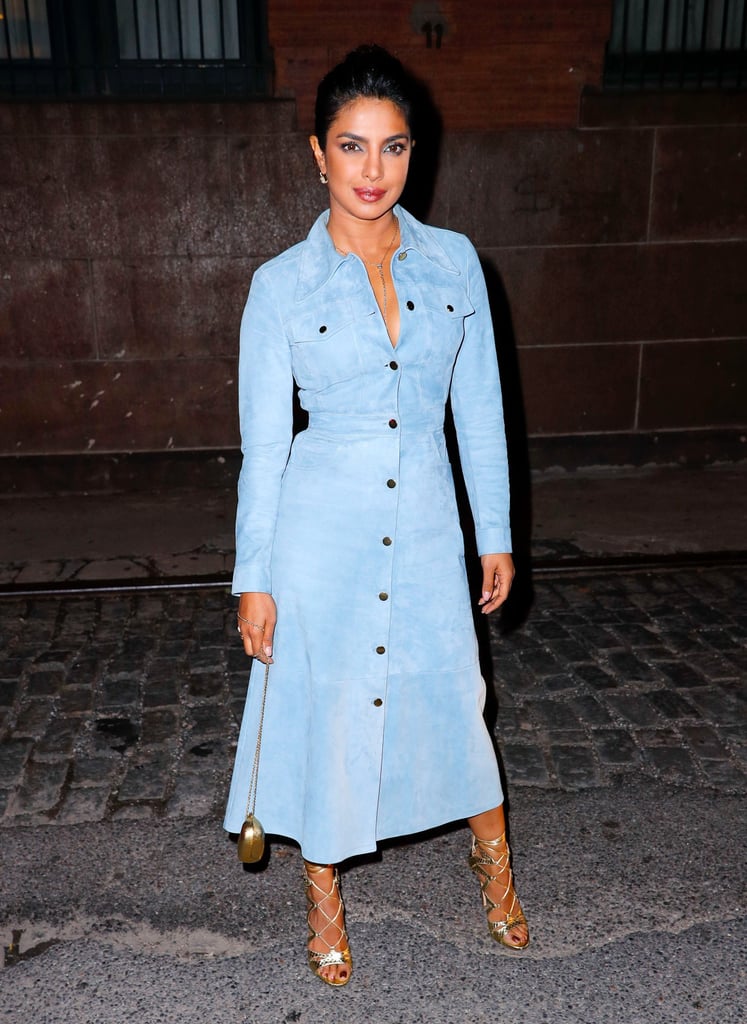 It looks like trench dresses are well on their way to making a comeback. After Meghan Markle was photographed wearing a chic pleated version during her royal tour of Australia, Priyanka Chopra stepped out in a similar ensemble when she attended the God's Love We Deliver Golden Heart Awards in New York. For the occasion, the 36-year-old actress wore a sky blue, suede trench dress from the Spring '19 Michael Kors collection, which she teamed with a teeny tiny gold clutch and incredibly sexy gladiator sandals.

Eagle-eyed fans will know that it isn't the first time Priyanka and Meghan have been spotted wearing similar ensembles. Back in early October, the Duchess of Sussex stunned in a forest-green leather pencil skirt from BOSS, which she teamed with a matching silk shirt; and just a few days later, the Quantico star opted for a very similar outfit, only in red. But you know what they say: stylish friends think alike.