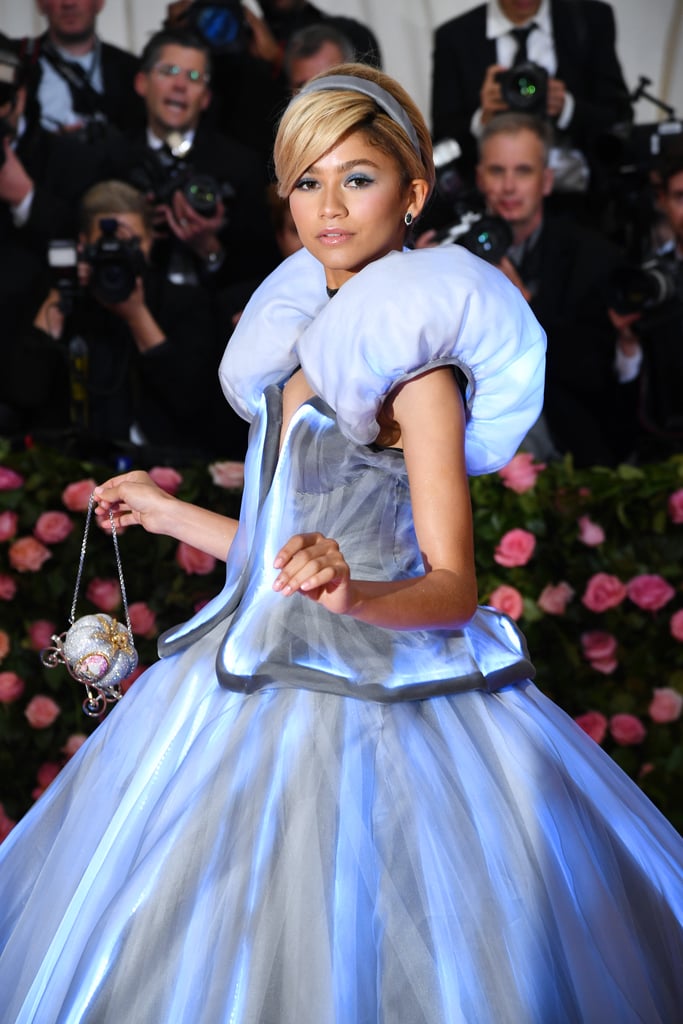 Zendaya had a Cinderella moment at the 2019 Met Gala — because she was actually dressed like the Disney princess. Wearing a baby blue Tommy Hilfiger gown made to look nearly identical to the one in the nostalgic animated film, Zendaya waited at the end of the red carpet for her stylist, Law Roach, to wave a wand, which gradually lit up her gown from the bottom up! Because she's an actress, Zendaya also committed to the role by "accidentally" dropping her glass slipper on the steps of the Met. Don't you just hate it when that happens?

Celebrity Style
Perhaps You Noticed Dua Lipa's Pearl Orb Choker Necklace? Everyone on TikTok Did Too
by Sarah Wasilak 18 hours ago