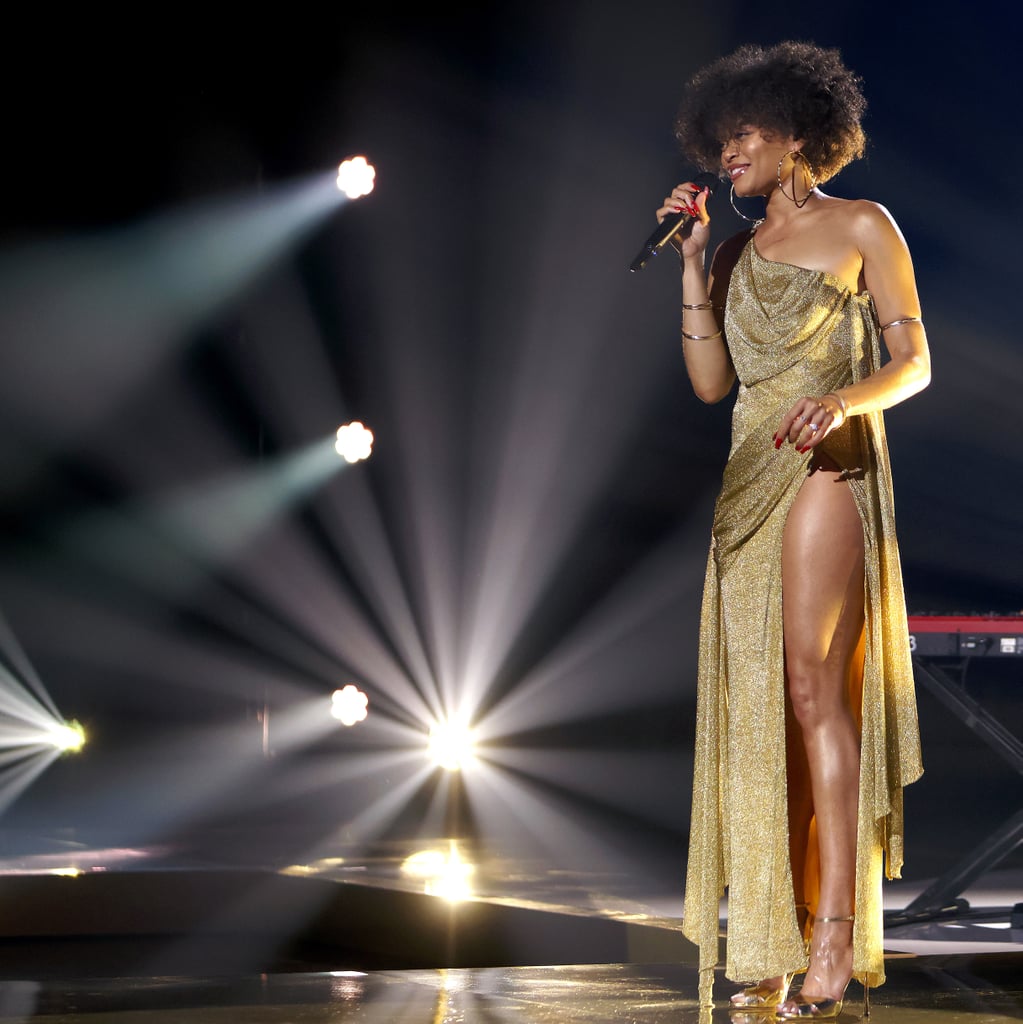 Andra Day is still radiating the glimmer of the historic Golden Globe award she so deservedly won last month. While attending the Essence Black Women in Hollywood Awards on Thursday night, the Oscar-nominated actress stunned in a metallic chain-mail knit gown that we'll likely be daydreaming about for the remainder of the year. Custom-made by Aliétte designer Jason Rembert, the dress featured a one-shoulder silhouette, elegantly draped fabric, and a daringly high leg slit that extended all the way up to Andra's hip.

Celebrity stylist Wouri Vice chose to amp up the goddess vibes when choosing Andra's accessories: hoop earrings, simple bangle bracelets, and gold ankle-strap heels. During the show, all eyes were on Andra and her shimmery dress as she was honoured with the breakthrough star award and performed Billie Holiday's "God Bless This Child" on stage. Join us in admiring Andra's showstopping award show dress ahead, and then be sure to catch the special story behind fellow honouree Zendaya's outfit at the same event.