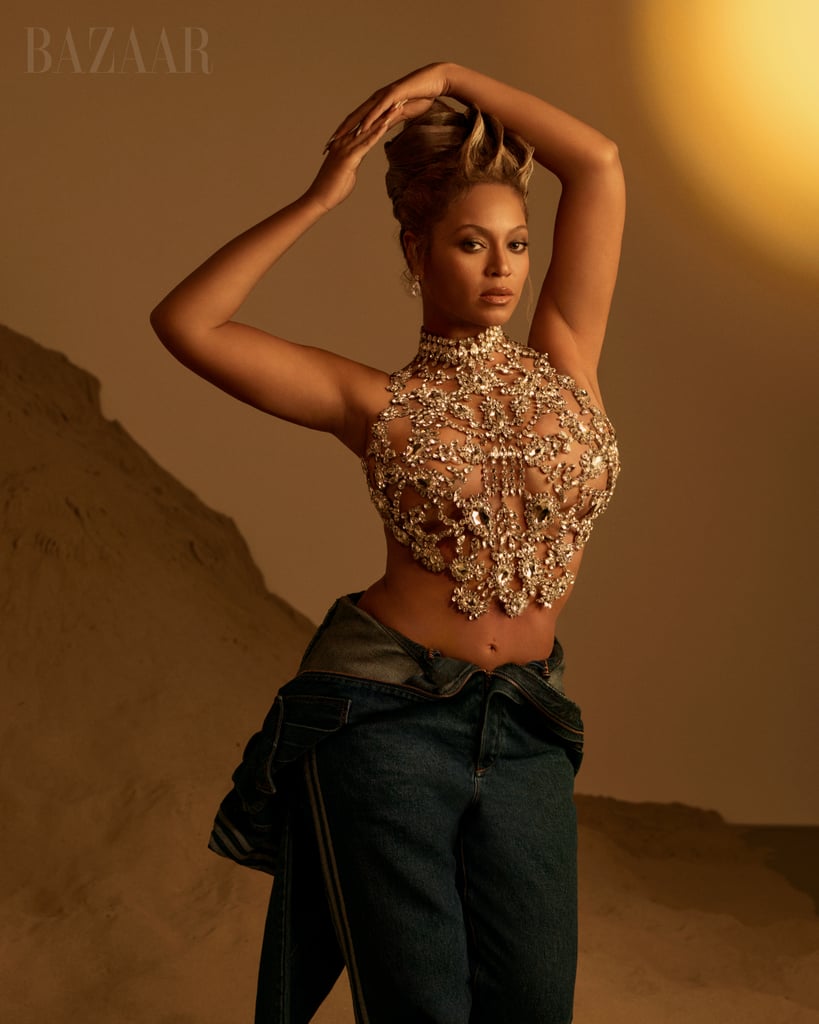 Wow! We're in love with every outfit Beyoncé wore on Harper's Bazaar's September Icons cover, which is on stands August 31st. But, there was one specific look that instantly reminded me of her iconic "Dangerously in Love" album cover. In the magazine spread, Bey wore a Balmain top that looked similar to the crop top she wore on her 2003 album cover. For Harper's Bazaar, she paired the top with an Ivy Park x Adidas jumpsuit and Tiffany & Co. earrings. She recreated the same pose as the album cover by holding hands over her head!

In the photoshoot, Bey also wore a gorgeous see-through Givenchy dress along with a ton of new pieces from her Ivy Park x Adidas line. As for the interview, the pop icon talks about what it's like being in the industry for over two decades and how she's just scratched the surface at 40 of all she'd like to accomplish with her empire. She even went into the inspiration behind her latest Ivy Park Western-inspired collection and said she was going to release new music soon. Scroll on to take a look at all gorgeous outfits in the magazine spread ahead.

Celebrity Style
Kim Kardashian Accepts Her Fashion Icon Award in Balenciaga and Big Sunglasses — What Else?
by Sarah Wasilak 23 hours ago

Billie Eilish
Congratulations Are in Order For Billie Eilish, the Youngest Person to Receive the PETA Award
by Shelcy Joseph 6 days ago