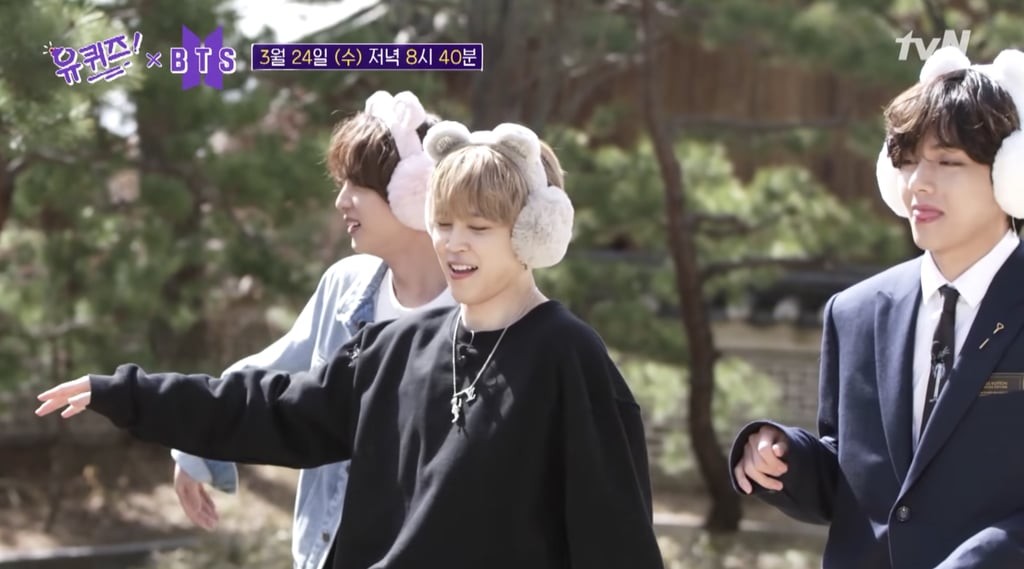 When K-pop band BTS announced their appearance on South Korean variety show You Quiz on the Block, a short, 37-second trailer had fans searching wildly for Jimin's Louis Vuitton look. It should come as no surprise that he wore the French fashion house — the group were fully outfitted in Virgil Abloh's designs for the 2021 Grammys, and it's a go-to label for many of the members of the crew.

But this, of course, was a decidedly casual combination from Louis Vuitton: the Inside Out Crewneck Sweatshirt in black, which retails for $800 and features a small embroidered logo tag on the back, and the LV Friends Pendant necklace, which rings up at $810. In Korea, both products sold out immediately.

It's not the first time Jimin, who is known as a style icon, has sparked a shopping sensation with one of his looks, but this instance is particularly notable since the LV crewneck itself is pretty simple in style, and there are a lot of similar iterations out there. While both of Jimin's LV staples are still available in the US, just in case you're shopping on a budget, we found similar items for you to re-create the moment at a more affordable price point. But first, scroll to watch Jimin's LV pieces in action to get inspired.

Celebrity Style
Dua Lipa, Rochelle Humes, and More of the Best Dressed at the 2021 British Fashion Awards
by Kara Kia 1 day ago