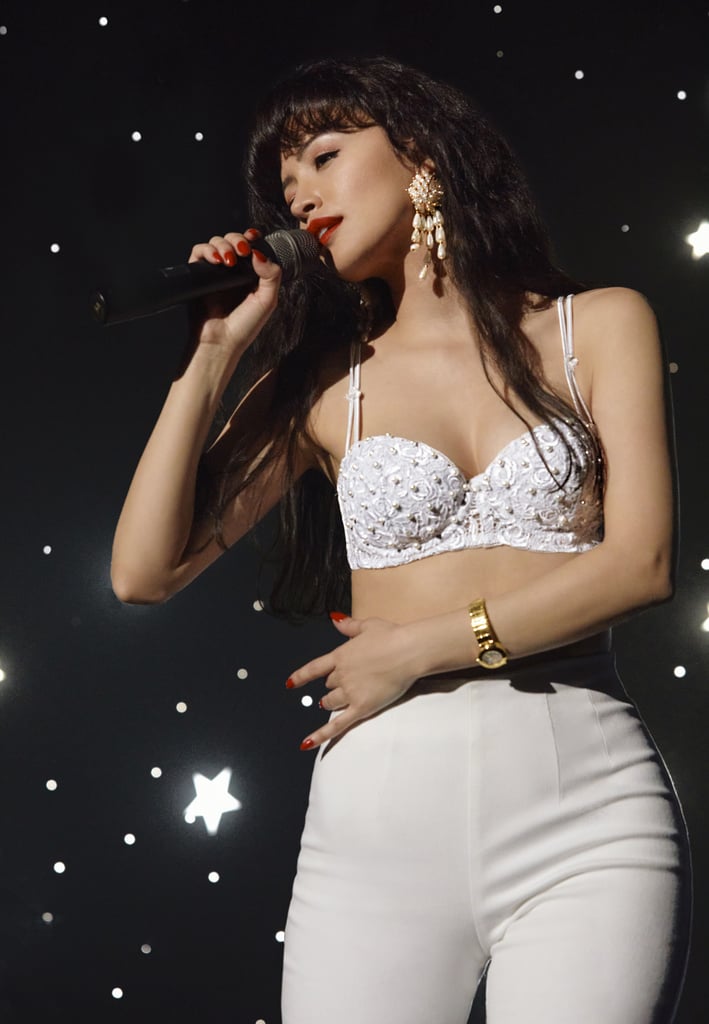 We're so excited to see Netflix's upcoming series Selena, not only to hear some of the singer's best songs but to relive some of her most famous fashion moments as well. The show is about the Tejano singer's rapid rise to fame before her tragic murder in 1995. ICYMI: the show will feature The Walking Dead actress Christian Serratos as the famous singer, and Selena's real-life sister, Suzette Quintanilla, is an executive producer on the show.

While we've only gotten a few glimpses at the show's screen style from the trailer, we can already tell that they feature some of her most famous looks. One such example? Selena's iconic white bustier and hot pants outfit which she wore on stage while performing in the early '90s. We have pictures of Christian wearing the outfit and the resemblance is uncanny. They perfected her outfit from the pearl embellishments on the bustier to the fringed details on her cowboy boots. They even nailed her dangling white earrings! Keep reading to get a closer look at Christian wearing the singer's most famous outfit ahead from all angles. Don't forget to set a reminder for the show on Dec. 4!