If there's a fashion equivalent to champagne on ice, we're 99 percent sure Florence Puhh's glittery Stella McCartney dress and matching Amina Mauddi heels (£515, originally £1,031) with crystal embellishments that she wore during her virtual interview with Late Night With Seth Meyers is it. Even though she only appeared from the shoulders up, Florence was red-carpet ready from head to toe while promoting Black Widow on Wednesday night, rocking the glitter-coated mini dress like that Zoom call was her personal New York Fashion Week debut. Most mesmerising of all were the zigzag cutouts across the bust and midsection of the dress that had it bordering between abstract art and the newest addition to our list of "dresses we love but could only dream of hanging in our closets someday."

Behind the scenes, Florence revealed that her team of "fashion elves" — including Nic Goodwin, styling assistant Rachael Perry stylist Rebecca Corbin-Murray, hairstylist Dayaruci, and makeup artist Naoko Sofia Patrizia Scintu — were to thank for keeping her looking dazzling throughout the call. "About 6 minutes before we were called to sit down in front of the laptop I probably did something stupid and it resulted in a last minute sweaty mad dash with an amazing amount of talented hands keeping me together," Florence captioned a post on Instagram. The mad dash was worth it because our Pinterest boards are going to be flooded with glitter and crystals for the foreseeable future. See the Midsommar star's full outfit here. 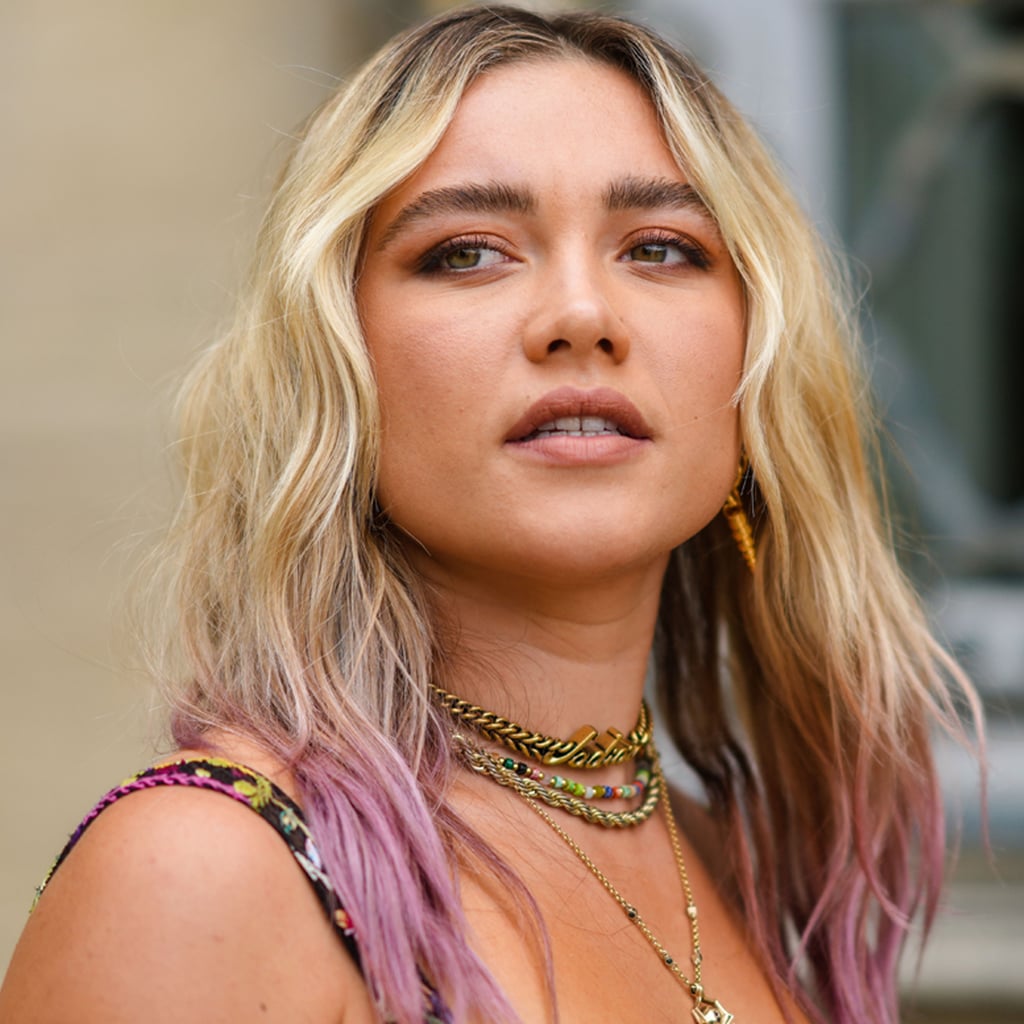