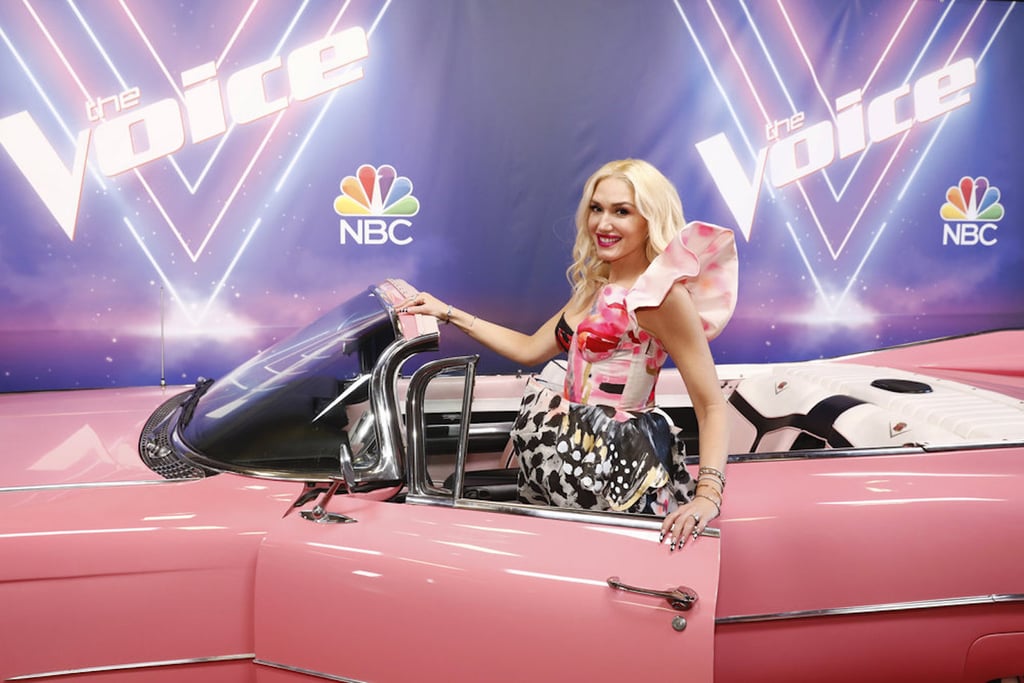 Gwen Stefani finally gave us a glimpse of her engagement ring from Blake Shelton, and all I have to say is wow! While both singers did post adorable Instagram posts to announce their engagement back in October, we didn't really get a good look at the ring itself. Obviously, we had an inkling that it would be jaw-dropping, and we're happy to report that it is indeed beautiful. While filming The Voice on Monday night, alongside her future hubby, Gwen showed off her new bling while posing for promotional pictures.

The bride-to-be opted for a printed one-shoulder dress while standing next to a Barbie pink convertible. At first glimpse, we were intrigued by her voluminous dress and didn't even notice that her diamond ring was on full display. Once we zoomed in a little closer, we saw that Gwen's engagement ring featured a massive diamond centre stone that appeared to be in a square shape. It looked like the ring came with a gold band and featured two smaller diamonds on the sides of the centre stone. She accessorised her ring with multiple bracelets and a cool checkered manicure. Keep reading to get a closer look at Gwen's engagement ring ahead.