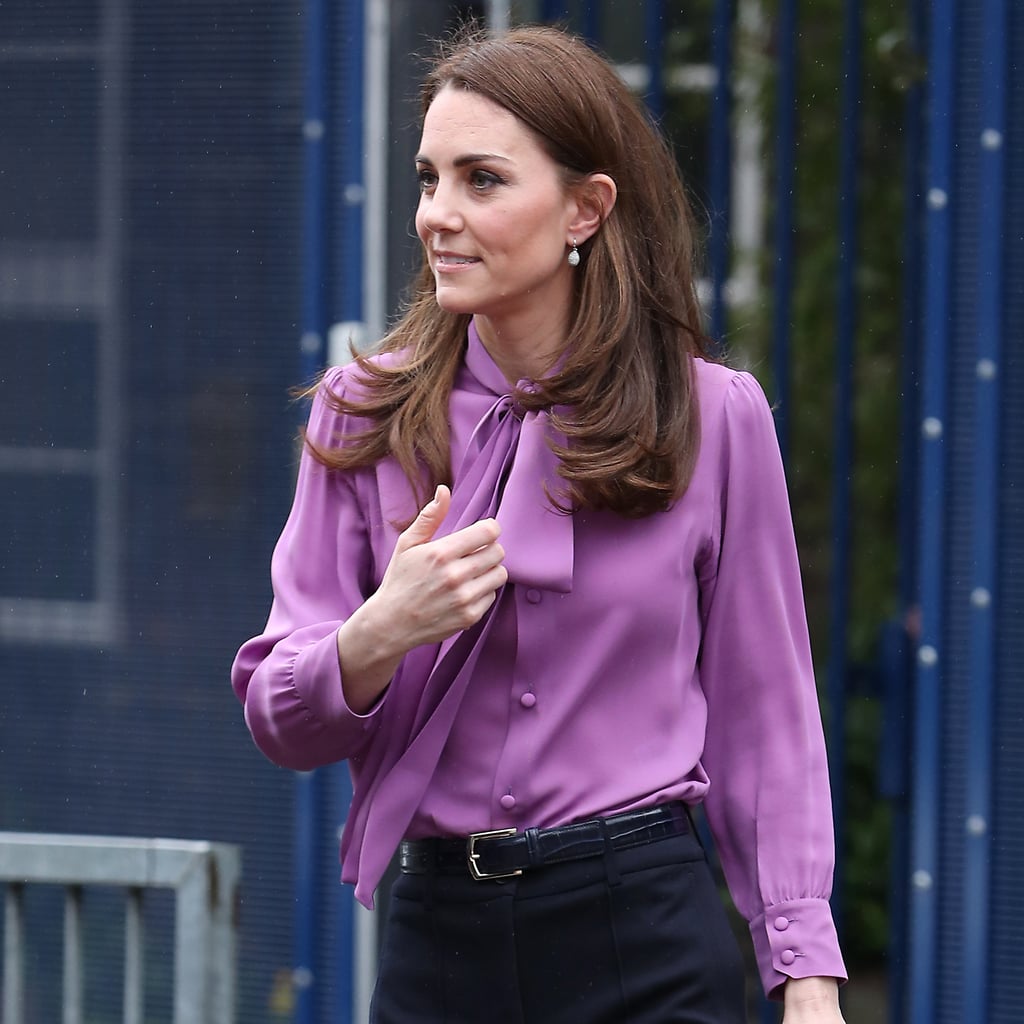 Kate Middleton seems to have her own unique way of styling her purple Gucci blouse. The Duchess of Cambridge wore the pussy-bow blouse during a recent Q&A for her Early Years campaign on Instagram on Nov. 28, and previously for a visit to the Henry Fawcett Children's Centre in March 2019 — but fans and publications noticed that Catherine was wearing the blouse in the reverse way that it appeared on the runway and retailer's websites.

First pointed out in March 2019 by a fan who tweeted, "It's the end of the day and I just realized that I'm wearing my pants backwards which is very interesting because recently a Kate Middleton wore her Gucci blouse backwards. That's right I made the same mistake as a PRINCESS," the astute observation was later picked up by Marie Claire and Bustle.

It seems that the purple pussy-bow blouse from Gucci's Resort 2019 show (pictured below) originally appeared on the catwalk with the buttons fastened to the back and is still listed on Net-a-Porter with the original styling. The duchess, on the other hand, decided to wear the blouse back-to-front for two public appearances, which signals to us that she wears her blouses however she likes to — as she should. Ever since Alessandro Michele started designing for Gucci, there's been an encouragement by the fashion house to make pieces your own and style them in unique and quirky ways. Perhaps the blouse is a two-in-one creation and can be worn both ways? Nevertheless, we love seeing the duchess play by her own style book, and either way she wears it, the blouse looks great on her.

British Celebrities
Olly Alexander Says New Years & Years Tracks Are on the Way, Thanks to It’s a Sin
by Navi Ahluwalia 18 hours ago

British Celebrities
Is Dua Lipa Pregnant? The Star Responds to Those Suggestive Photo Captions
by Kara Kia 1 day ago