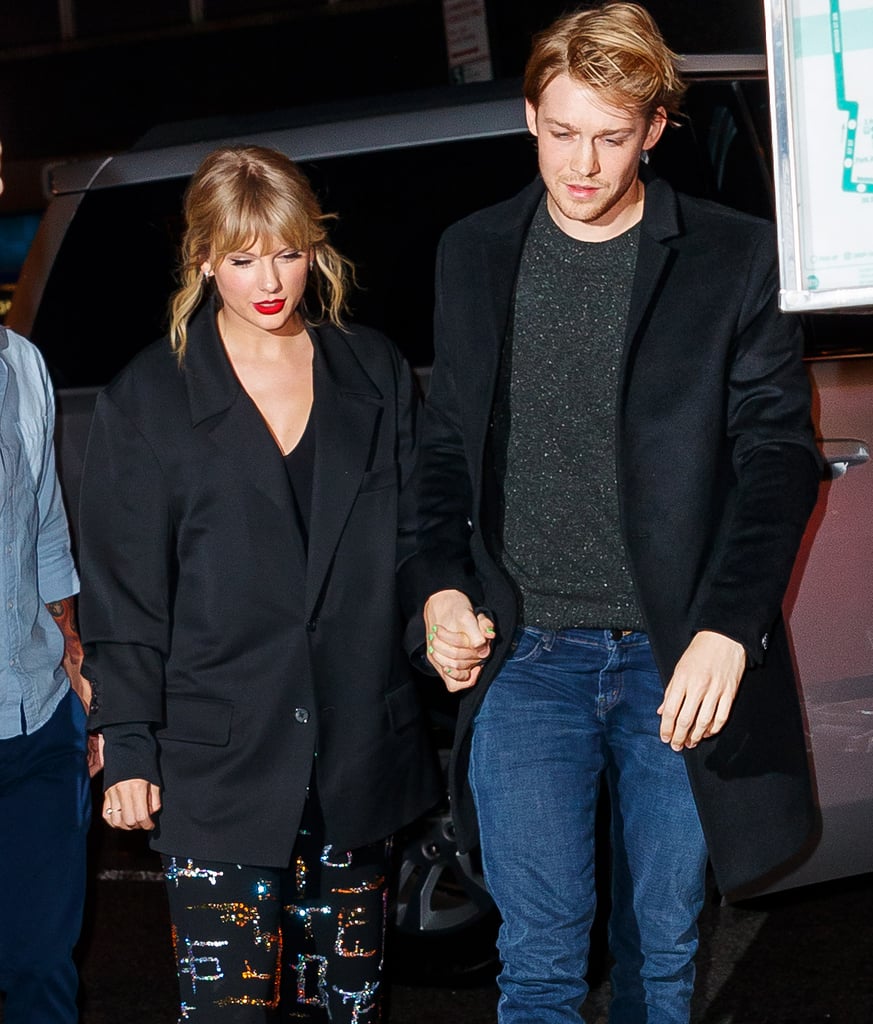 We See You Joe Alwyn, but We Saw Taylor Swift's Sequin Pants First

Taylor Swift and Joe Alwyn held hands to make their way into the Saturday Night Live afterparty at Zuma in New York City. Rather than pulling an outfit change for the finale event — she had just performed "False God" for the first time as the musical guest on SNL — Taylor stayed in her full performance look, and we really don't blame her. Tay appeared cool and comfortable in sequinned Libertine pants, a plunging Alice + Olivia tank, Ambush oversize blazer, and Christian Louboutin silver metallic flats. She tied up her hair into a loose bun so she could rock out appropriately, and the hairstyle only seemed more natural with her red lip as the evening went on.

Oh, and Joe didn't look too bad himself, following in Taylor's footsteps with his casual, perfectly messy blonde hair, a wool overcoat, J Brand jeans, and brown brogues. He showed his support, but let his lady fully embrace the spotlight. After all, we can't say we didn't notice her flashy trousers first. In fact, they held our gaze so long, we're now considering replacing our going out tops with colourful, shimmering slacks instead. Leave it to Taylor to inspire us to switch up our weekend staples with just one move.