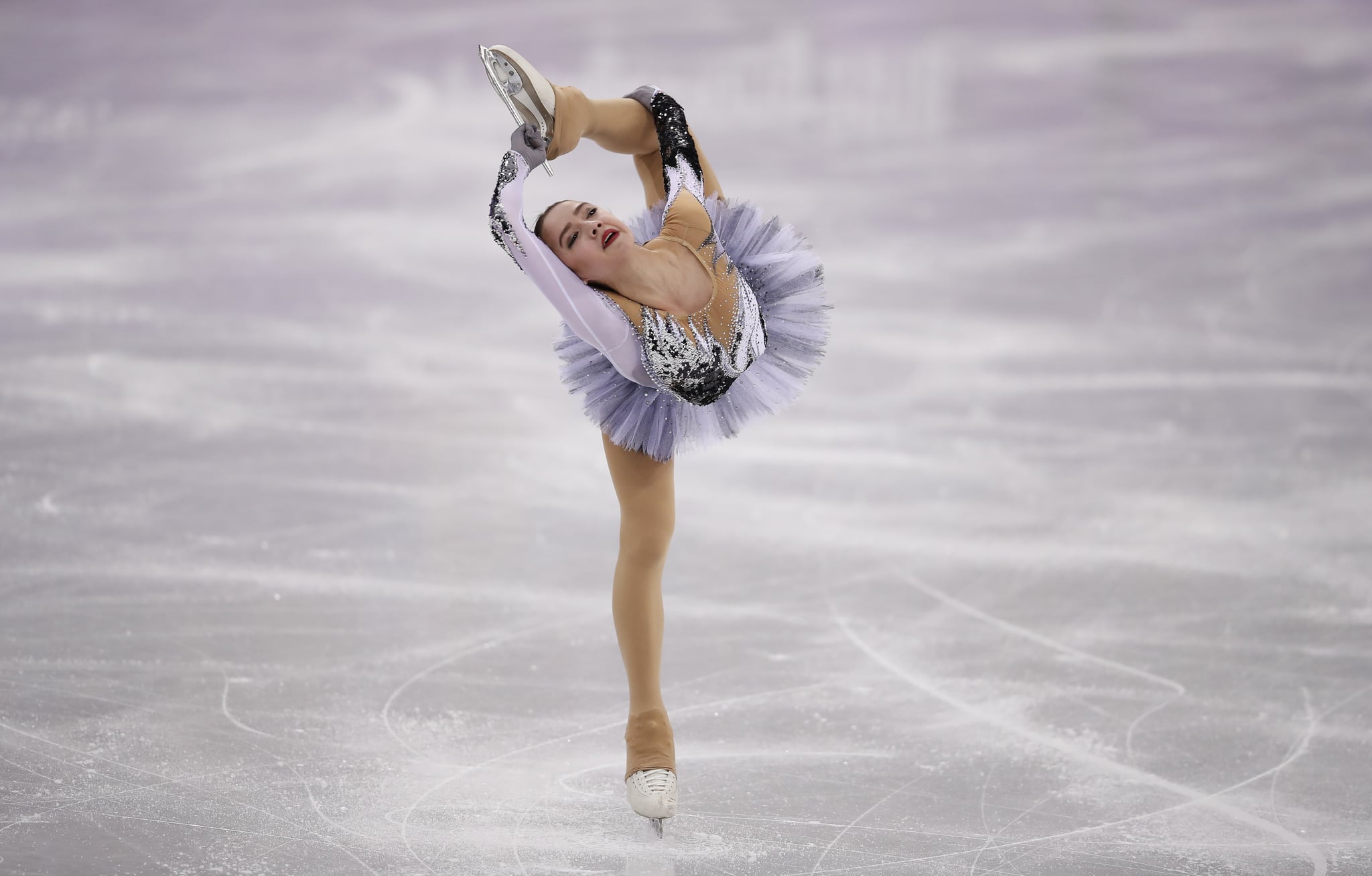 Alina Zagitova is having a really casual time at her first Olympics. The 15-year-old figure skater on Team OAR watched her teammate set a world record for the highest score in a short program, so naturally she went out onto the ice and broke it herself moments later. As one does.

A seemingly infinite amount of triple jumps (seven of which were in the last two minutes of her performance), alongside technical perfection and unparalleled grace, scored Alina 82.92 points — the highest technical short program score in Olympics history.

Related:
In a Nail-Biting Finish, Tessa Virtue and Scott Moir (aka Ice Dancing Royalty) Just Won Gold at the Olympics

Here's a look at her performance routine from the 2018 European Championships. Try not to scream at your screen (too much).

Twitter has come alive watching all of this go down (seems to be the theme for Pyeongchang 2018). Leslie Jones screaming "She just Black Swanned us!" might be our favorite part.

Zagitova vaults into 1st with a HUGE score of 82.92! #WinterOlympics pic.twitter.com/PqQgPzXnXe

Exclusive photo of Alina Zagitova the day she realized she could just put all her jumps in the second half of the program to get INSANE BONUS POINTS pic.twitter.com/3irvpzuq5A

I am 1000% here for Alina Zagitova's flawless ice murder ballet

evgenia medvedeva just broke her own record for highest short program score, and then 5 minutes later alina zagitova destroys it .

When you're an American but Alina Zagitova just too good #Olympics2018 pic.twitter.com/Et8SHpHOyQ

Alina Zagitova is an absolute STUNT QUEEN! Is putting all your jumps in the second half an ugly way to arrange a program? Absolutely. Is it a brilliant way to just rack up extra points all over the place? YUP! It's an "I DARE YOU TO CHANGE THE RULES" move and I'm here for it.

Alina Zagitova. The one we've been telling you all season to watch out for has arrived and she's looking right at the gold medal. pic.twitter.com/Efjn4Y9jWQ

Remember when "Hot In Herre" by Nelly was #1?

Alina Zagitova: 15 years old and as steely as they come. Destroys the free skate by over 20 points. Cannot wait for her showdown against Medvedeva in the ladies' event #PyeongChang2018

Alina Zagitova and Evgenia Medvedeva are out there looking totally cute together and this added more 10 years in my lifespan and removed all the negativity in my life pic.twitter.com/IkymuHeRb0