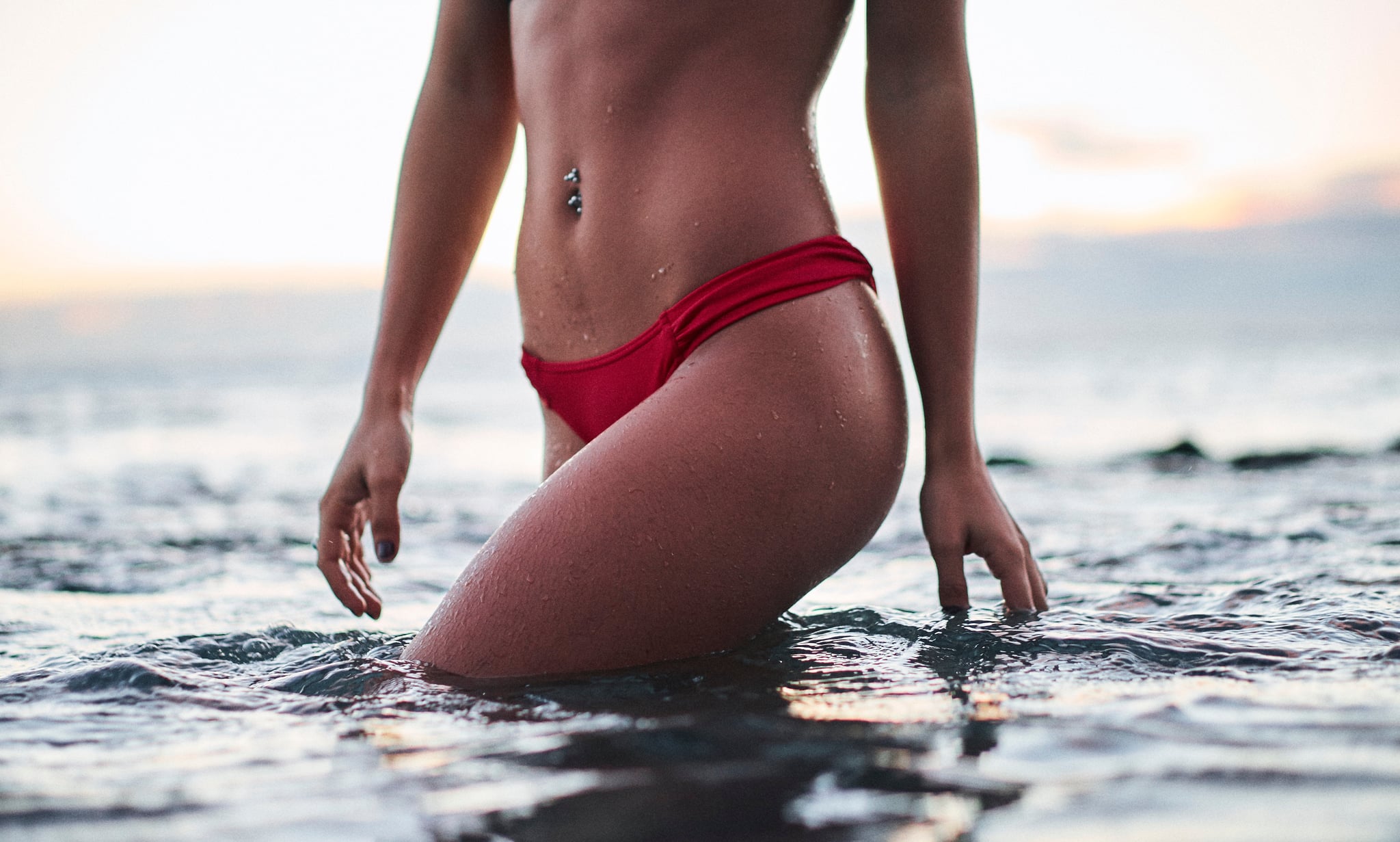 When it comes to burning body fat, a lot of women have the same target area: the belly. Much to the chagrin of many of us, belly fat is notoriously stubborn, and it's important to note that you can't spot reduce fat. In other words, simply being diligent about crunches isn't going to help you achieve your goal.

"Just as you can not influence where your body stores dreaded excess fat when it packs it on, you can't control where your metabolism opts to pull from when it taps into fat stores, which incidentally tends not to be from the region we gain it in the first place," Corey Phelps, founder and CEO of Cultivate by Corey and creator of the Cultivate365 program, told POPSUGAR.

That's not to say that we're powerless to reduce belly fat. A combination of diet and exercise can help us achieve this goal in a healthy manner. What types of diet and exercise, you ask? Here's what experts have to say about the nutrition and workout aspects of losing belly fat — and keeping it off.

Phelps described refined sugar as the "number one enemy" of women who are working to reduce belly fat. "Reduce or better yet eliminate refined sugar all together," she suggested. Phelps also recommended eliminating processed foods from your diet, noting that if a food item comes in a package and has a list of unrecognisable ingredients, it's best to keep it out of your shopping cart and fridge.

Stay away from refined sugar and processed foods, but increase your consumption of protein and veggies. "Consuming adequate protein will not only keep you satisfied and prevent snacking on items that aren't in line with your goals and healthy habits, but it also preserves and supports muscle, which keeps your metabolism humming along and torching calories," Phelps told POPSUGAR.

Related:
This Is the Absolute Best Workout to Shed Pounds — You're Welcome

Marissa West, founder of West Kept Secret, recommended eating a breakfast that includes both protein and fibre. Most health professionals consider breakfast the most important meal of the day, and West said that apples are a great addition to your morning routine. "Apples are packed with carbohydrates that are used for energy, not stored as fat, which in turn revs up your metabolism," she said.

West suggested mixing other protein- and fibre-rich foods, such as oats, walnuts, and honey, with apple slices. "Soluble dietary fibre and protein-packed foods are effective against belly-fat accumulation," she explained.

West also recommended swapping out your morning coffee or tea in favor of warm lemon water. "It nourishes the body with vitamin C, which assists with burning belly fat on a cellular level," she told POPSUGAR.

Related:
Getting Rid of Belly Fat Is Harder Than You Think — Here's How to Do It

Tyler Spraul, a certified strength and conditioning specialist and the head trainer at Exercise.com, told POPSUGAR that women seeking to reduce belly fat shouldn't be afraid to lift heavy weights. To make the most of your workouts, Spraul recommended putting an emphasis on total-body movements.

"Squats and deadlifts are much more effective than isolating muscle groups with curls and dumbbell raises, and total-body moves also can help prevent imbalances from cropping up," Spraul said. "Full-body movements create the largest calorie-burning effect — especially if you are lifting heavy!"

Spraul cautioned against lifting too heavy. "If you can't manage proper form with heavy weight, you need to lighten the load until you're back to proper form," he said. After that, work your way up to heavy weights over time.

Related:
You Can Do as Many Crunches as You Want — They Won't Get Rid of Your Belly Fat

West also recommended total-body exercises, such as burpees and mountain climbers (bringing the knees to the centre of the midline or crossing the knees to the opposite elbow to reach your obliques) to burn belly fat. "They get the heart pumping, while focusing on your core for stability," she said. "It doesn't get much better than that."