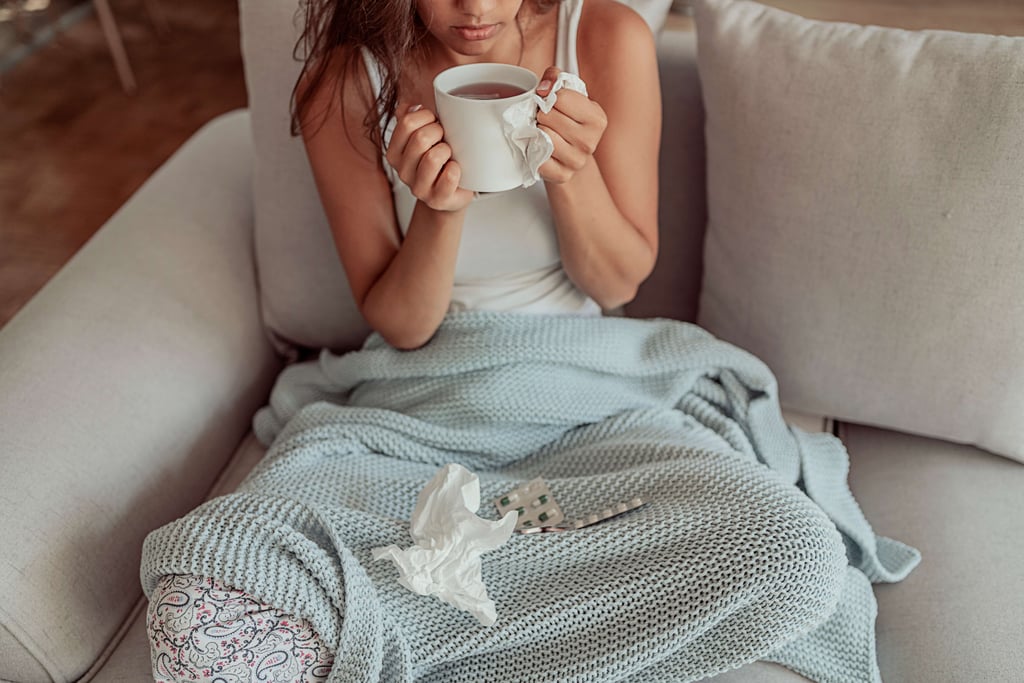 One day you're feeling great, the next day you're coughing, and before you know it, you've got the flu virus — now would be the perfect time to knock on wood.

According to the Centre For Disease Control, contracting the flu virus is most common during the Fall and Winter. Typically, flu activity begins to increase in October and peaks between December and February, although it can unfortunately last until May.

While there are four viruses in total — A, B, C, and D — only the first three affect humans. Flu D primarily affects cattle and is not known to infect people, so you don't need to bother yourself worrying about that one. As one of the most common illnesses, the CDC also reports that between 9.2 and 35.6 million people become ill from the flu each year in the US.

Related:
When the Flu Knocks You Down, This Is What You Should Eat to Nurse Yourself Back to Health

The flu is spread through droplets created whenever people sneeze, speak, or cough and can infect people in up to a six-foot radius. If you come into contact with a surface or object that has the flu virus on it, and then touch your mouth, nose, or eyes, you are also at risking of catching the flu. The virus can "live" for up to 48 hours depending on the surface — this fact has us washing our hands frequently during flu season.

To prevent catching the flu, experts advise getting a flu shot before the flu seasons begins. As always, avoid contact with sick people, and if you're sick, try limit your contact with those who are not ill. If you do have flu-like symptoms, the CDC recommends staying home for 24 hours after your fever breaks. Like you learned when you were a toddler, always cover your nose and mouth when you sneeze (sneeze and cough into your elbow), and wash your hands thoroughly and often.

Related:
This Is Exactly How a Doctor Uses Apple Cider Vinegar to Fight the Flu So You Can Do the Same
Previous Next Start Slideshow
Healthy LivingFlu
Around The Web