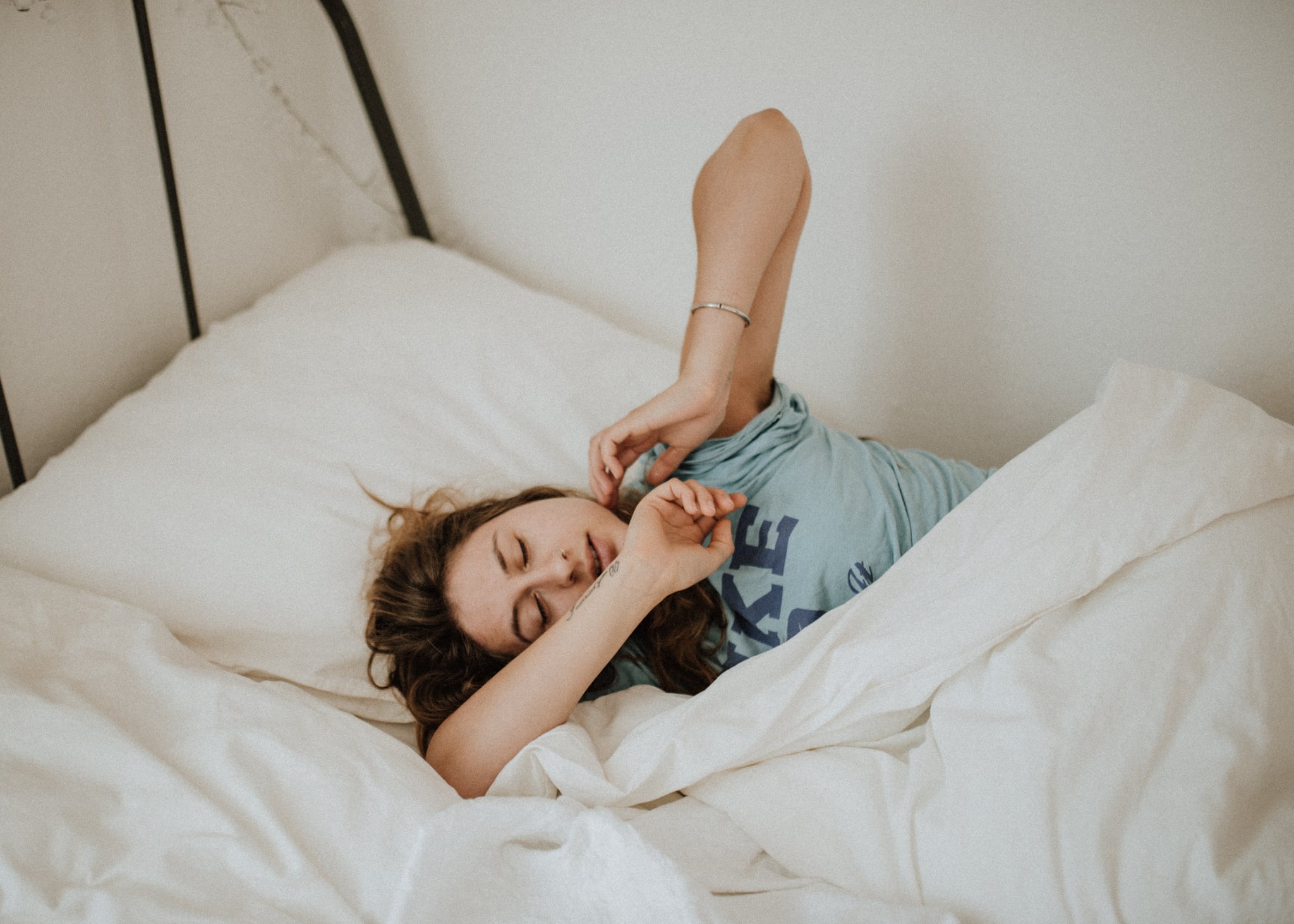 We get it: sometimes the only thing that can shut off the stream of stressed-out thoughts and lull you to sleep is whatever's up next on your DVR or Netflix queue. Or sometimes you're reading or working in bed and suddenly find yourself conked out on top of your laptop, lights still on. Happens to the best of us, but according to a new study, it may not be a habit you want to get into. The study, published in JAMA Internal Medicine, found a link between sleeping with artificial lights on (overhead lights as well as TV screens) and weight gain in women.

The researchers surveyed 43,722 women across the US and Puerto Rico and asked whether participants slept with no lights, a small nightlight, light from outside the room, or a TV or light on inside the room. They measured their weight, BMI, and body measurements for a baseline. Then, five years later, researchers followed up. They found that women who slept with the lights or TV on were 17 percent more likely to have gained at least five kilograms (about 11 pounds) over that time period. There was a less powerful link between weight gain and light coming from outside the room. Using a nightlight wasn't found to have any association with weight gain. And those findings held up even when researchers controlled for other factors, including calories consumed, physical activity, having an older spouse or children in the home, and more.

Low-quality sleep is known to affect weight gain, but the study's authors didn't believe that that was the only factor in their findings. "Although poor sleep by itself was associated with obesity and weight gain, it did not explain the associations between exposure to artificial light while sleeping and weight," corresponding author Dale Sandler, Ph.D., chief of the epidemiology branch at the National Institute of Environmental Health Sciences, said in a press release.

Related:
I Spent $48 on a Sleep Mask, and It's Better Than Sleeping With Blackout Curtains and Ear Plugs

Instead, it might be tied to your hormones, said coauthor Chandra Jackson, PhD, head of the NIEHS Social and Environmental Determinants of Health Equity Group in North Carolina. She explained that we're genetically adapted to sleep in a dark environment, and that messing with that by exposing yourself to artificial light might throw off your hormones, making you more susceptible to weight gain.

Getting a full night's worth of sleep should be on everyone's to-do list, especially if you're trying to lose weight. But this study tells us that it's worth investigating other sleep habits as well. Turning off your lights, TV, or computer before bed might not make you drop 10 pounds right away (a healthy diet and consistent workout program are pretty necessary too), but as this research shows, it may well be a small but significant step in the right direction.