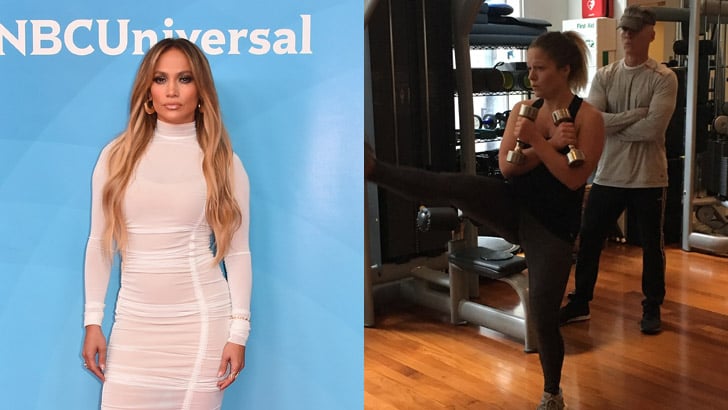 Jennifer Lopez has the body of a 20-year-old at the age of 48. She is quite literally twice my age and in better shape than I will ever be.

And I recently discovered how.

Lopez's trainer, David Kirsch, is an overtly intimidating badass dude who will slowly kill you with a smile during a one-hour workout session.

Kirsch has trained celebrities like Heidi Klum, Kerry Washington, Kate Upton, and Anne Hathaway. He's the founder of the Madison Square Club in NYC, a bestselling author, and has appeared on the Today show, E!, and more. 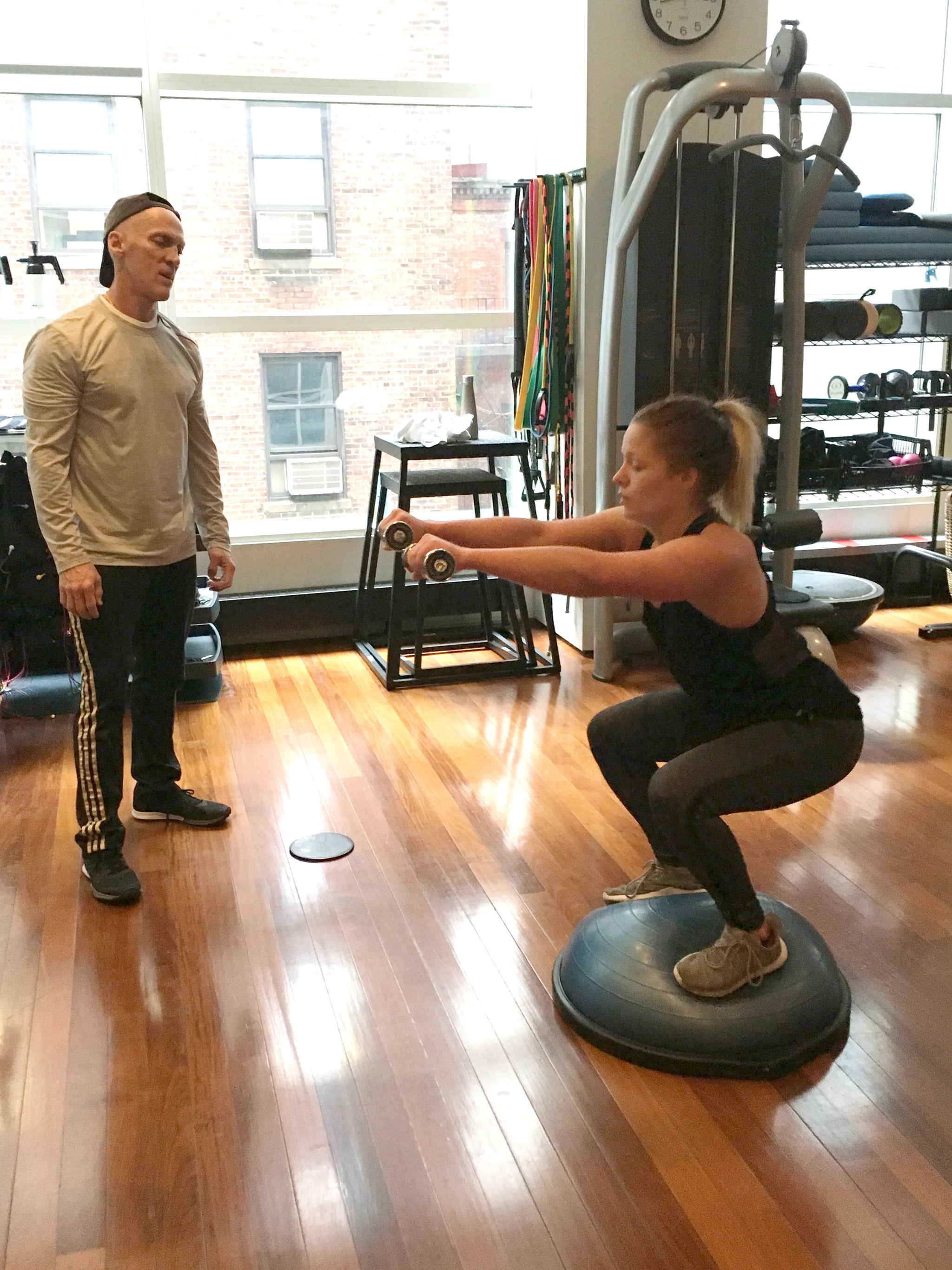 I met Kirsch at The Core Club on east 55th Street. He is very "no-nonsense" but in a father-figure way — you feel like you don't want to disappoint him.

Kirsch's workout incorporates low-weight, high-rep circuit training. He uses the circuit itself as a form of cardio throughout the hour.

I assumed a Jennifer Lopez workout would focus a lot on glutes (for obvious reasons). And I was not wrong.

Related:
Jenna Dewan Swears by These 7 Sweat-Dripping Moves For Her 10 P.M. Workout — Bring a Towel!

Wide-leg squats. Resistance band work. One-leg squats with TRX bands. Side lunges with sliders. This crazy move where I laid on top of an exercise ball with my feet in the air, bringing them back down slowly to just touch the floor before squeezing my glutes to raise them again. I'm exhausted just typing that out.

No surprise that Jenny from the Block also enjoys a good ab-burning sesh (we've all seen that six-pack). 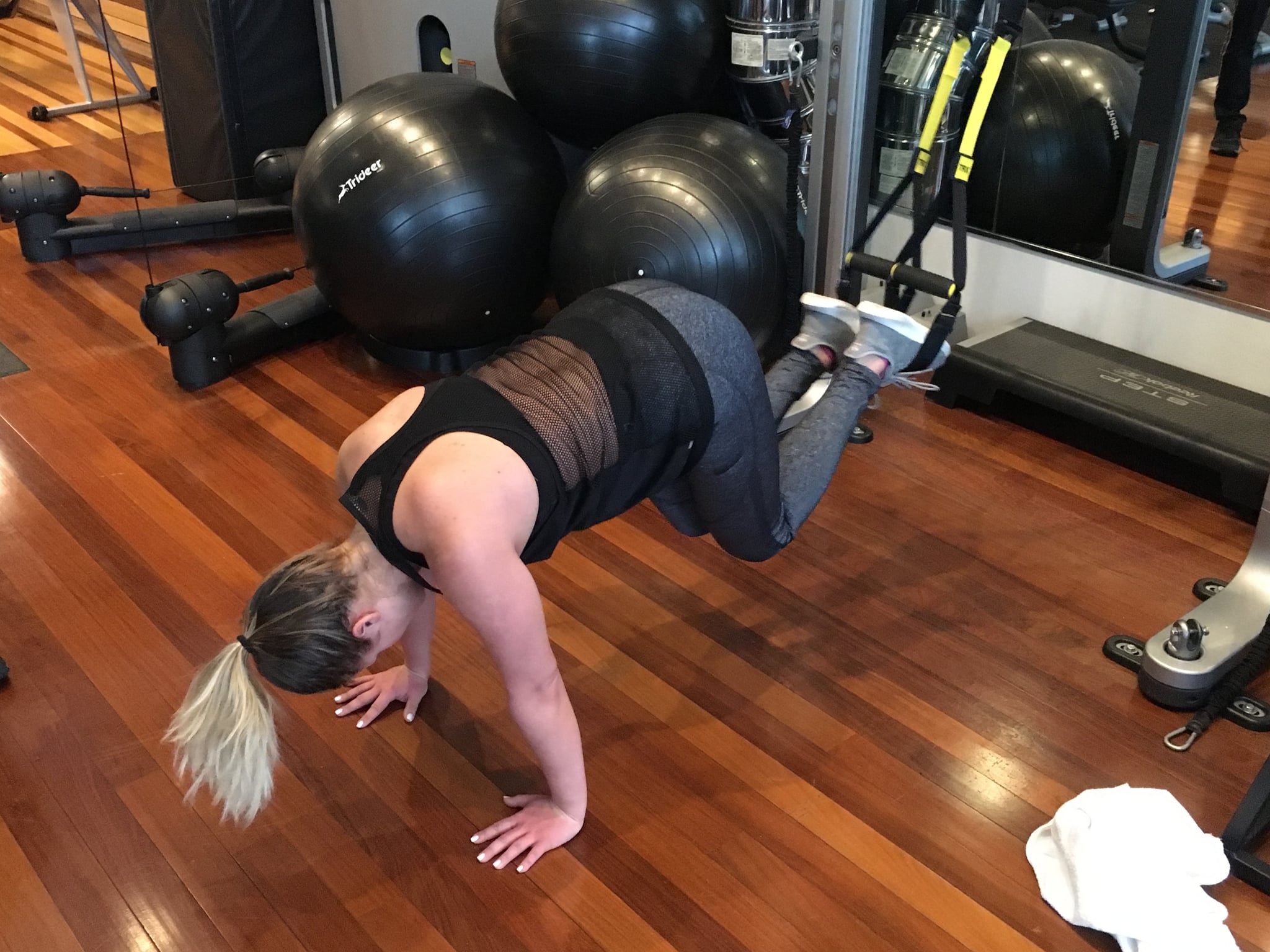 I did more plank work than I knew to be possible. One of the most challenging ab workouts involved the TRX bands. Kirsch had me put my feet in the bands and alternate bringing my knees to my chest, piking my body upward, and doing a push-up. I actually fell from fatigue at the end of these reps. I think he laughed a little.

Kirsch's workout is by no means for fitness newbies. I take circuit training classes several times a week and was genuinely afraid of falling down the subway stairs after our session (I didn't fall though, FYI).

Related:
This Is How Brie Larson Mastered a Pull-Up — According to Her Trainer

He mentioned J Lo's great energy and drive during their workouts, and how she runs — not walks — to get a sip of water between reps.

And her favourite move? The platypus walk, which involves walking forward and backward while remaining in a very wide-leg, low squat with your toes turned out, holding weights by your chest.

Kirsch has found a way to revolutionize every classic move: squats, lunges, push-ups, even planks to make them his own and to challenge your body in a brand new way.

I have a newly found respect for J Lo, as I now know she could 100 percent kick my ass.

Stretching sequences
Going on a Walk? Here Are 7 Dynamic Stretches to Do First, Physiotherapists Say
by Maggie Ryan 2 weeks ago