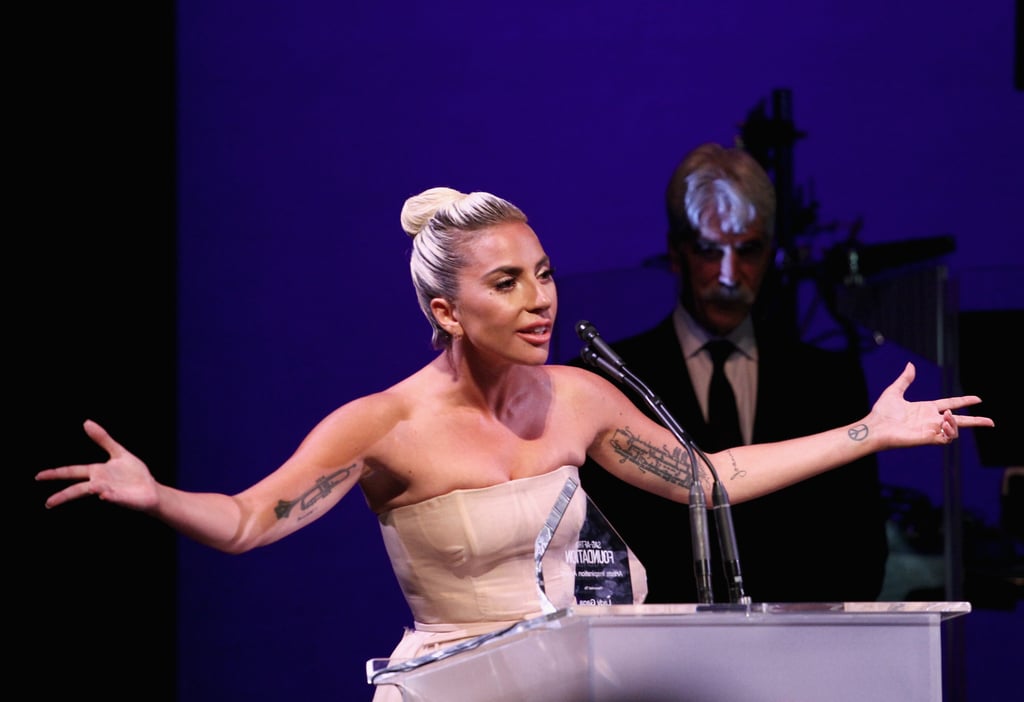 Lady Gaga During Her Speech

Lady Gaga has never been one to hold back when it comes to her physical and emotional health, but she wasn't always this way, and she's on a mission to change that stigma associated with opening up. On Thursday night, the A Star Is Born actress received an award at the SAG-AFTRA Foundation's Patron of the Artists Awards, and her 25-minute speech was dedicated to the need for better mental health support in the entertainment industry. She candidly spoke about her own struggles and what she personally wants to change about the way we deal with certain issues. More specifically, she preached, "Let's f*cking change the world!," before closing her speech.

"I began to notice that I would stare off into space and black out for seconds or minutes," she shared. "I would see flashes of things I was tormented by, experiences that were filed away in my brain with 'I'll deal with you later' for many years because my brain was protecting me, as science teaches us. These were also symptoms of disassociation and PTSD and I did not have a team that included mental health support."

Watch what could be considered Lady Gaga's most inspiring speech ahead, and read about how stars like Jon Hamm, Ariana Grande, and Ryan Reynolds have spoken openly about their mental health struggles.

Related:
It's Not Just in Your Head — These Are the Physical Symptoms of Anxiety
Previous Next Start Slideshow
Healthy LivingMental HealthLady GaGa
Around The Web