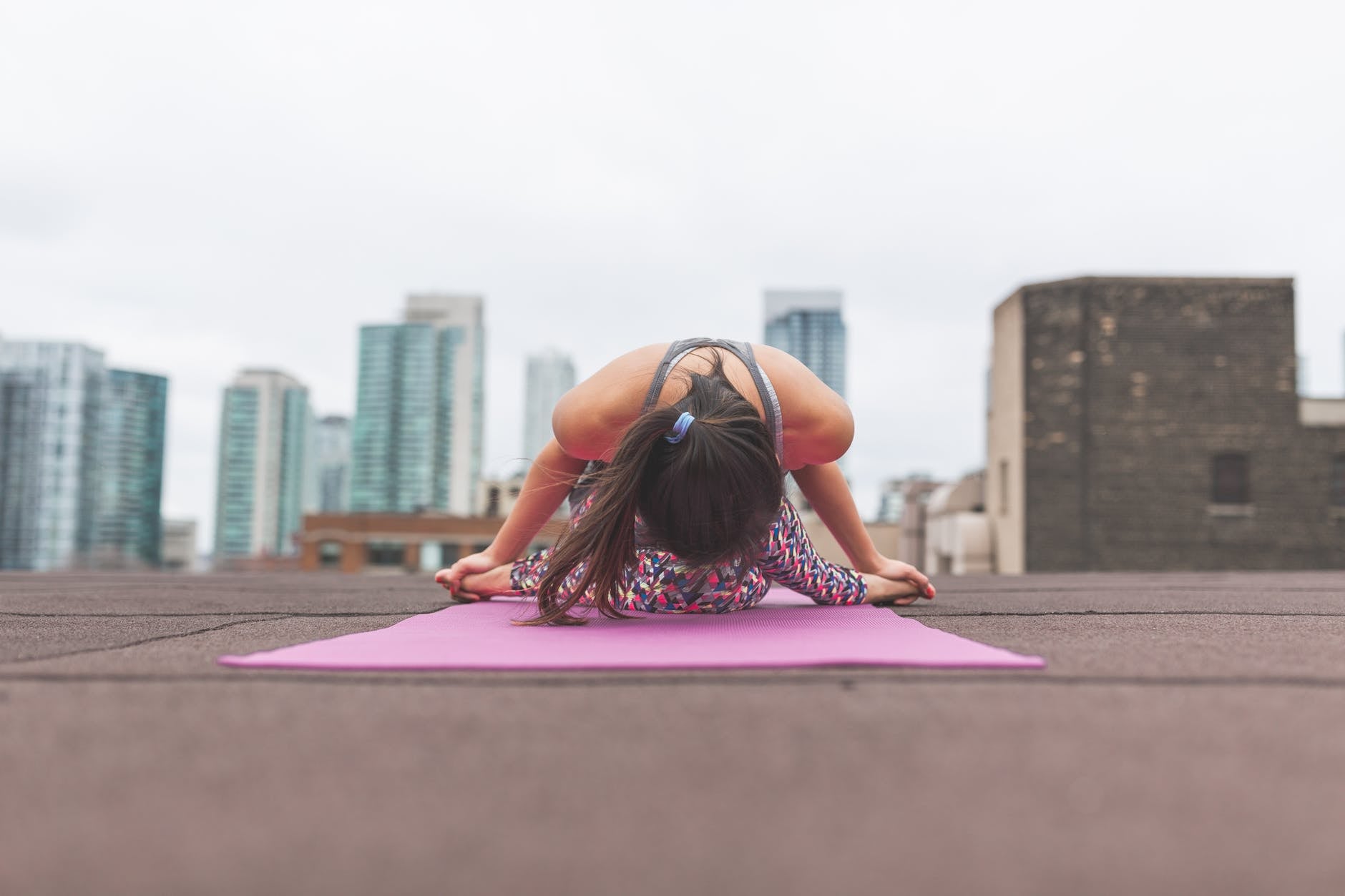 As a very active person, my muscles are always sore. Yes, I do take the time to stretch after a class, a run, or a few rounds of tabata work, but that's about five minutes, max, and it doesn't seem to ever do the trick. While I'm not in chronic pain from overuse, it seems like there's never a time when my body doesn't feel tight — especially my lower half, as I really work those muscle groups every day. Usually, I feel tightest first thing in the morning and late at night, while I'm sitting on the couch, trying to catch up on a show. (That's sort of the opposite of Netflix and chill, isn't it?)

I've given foam rolling a try in the past, and it didn't seem to work well enough to stick with it. And while I've heard trainers rave about how magical it is, it always felt like a load of bologna to me, as I never really saw the benefits. Still, when a friend told me over drinks that she swears by her foam roller, I decided I'd give it another shot. This time, I made a real commitment — I'd try foam rolling twice a day for a week.

I decided to foam roll for 10 minutes upon waking up, to really loosen up my muscles for the day, and again after coming home from the office or a social obligation (this time with some dance music or Riverdale included). If I took a workout class or worked out on my own during the day, I'd do some basic stretching afterwards, too. Here's how it went.

First off, I'm not a yogi, and meditation makes me feel anxious. I very much like moving around, so sitting down to foam roll seemed like a waste of time. So, I was pretty surprised when I actually began to enjoy these 20 minutes a day for self-care and getting in tune with my body.

I especially looked forward to the 10 minutes in the morning, when I'm not fully awake. Then that stillness felt really peaceful, and it helped me warm up physically and get ready for my day. (I'm always freezing when I wake up.) As for nighttime, foam rolling with music was fun and it helped me unwind after a long day.

Related:
The Scary Things That Happen When You Ignore Pain and Keep Training

But Also, It Was Painful

I mean, it hurt in a good way because it's loosening up knots, but I have a lot of damn knots in my legs and tush that were not so into the pressure I had to apply to actually get rid of them. (Trainers say you should stay on those tender spots for 20 to 30 seconds, instead of simply kneading back and forth.) Still, I did notice that as the week went on, it became less painful. Perhaps because I was routinely loosening those knots, so there was less built up with each day as the week progressed.

I also tend to bruise easily, and while I'm not sure they were the direct result of foam rolling (though that is common), I noticed a few bruises appear during the week. Especially at the beginning, I think I was probably rolling too hard or in the wrong spots. And even once I slowed my pace, it's possible that I was still spending too much time on some muscle groups.

Related:
Ibuprofen Can Soothe Sore Muscles, but Here's What You Need to Know Before Taking It

I Honestly Did Feel a Bit Looser

Especially at night after my second round of the day. My butt felt more comfortable on the couch, and my outer thigh didn't feel sore when I laid on my side in bed. For that reason, I think the foam roller is probably way more beneficial than I thought. I do think twice a day was more than my body could handle, so moving forward I'll dial it back to once a day, probably in the evening to better fit with my schedule and to help loosen muscles after a long day of activity. I'm curious to see how my body feels weeks or months from now.

20-Minute Workouts
Want to Burn Calories With No Impact? This 20-Minute Sliders Workout Is the HIIT You Need
by Maggie Ryan 3 days ago

cardio strength workouts
Get Sweaty, Strong, and Shredded With This 30-Minute Cardio and Abs Ladder Workout
by Jenny Sugar 3 days ago

Instagram
Kickboxing, Pilates, and LIT Method: 3 Live Workouts to Get You Moving This Week
by Maggie Ryan 5 days ago