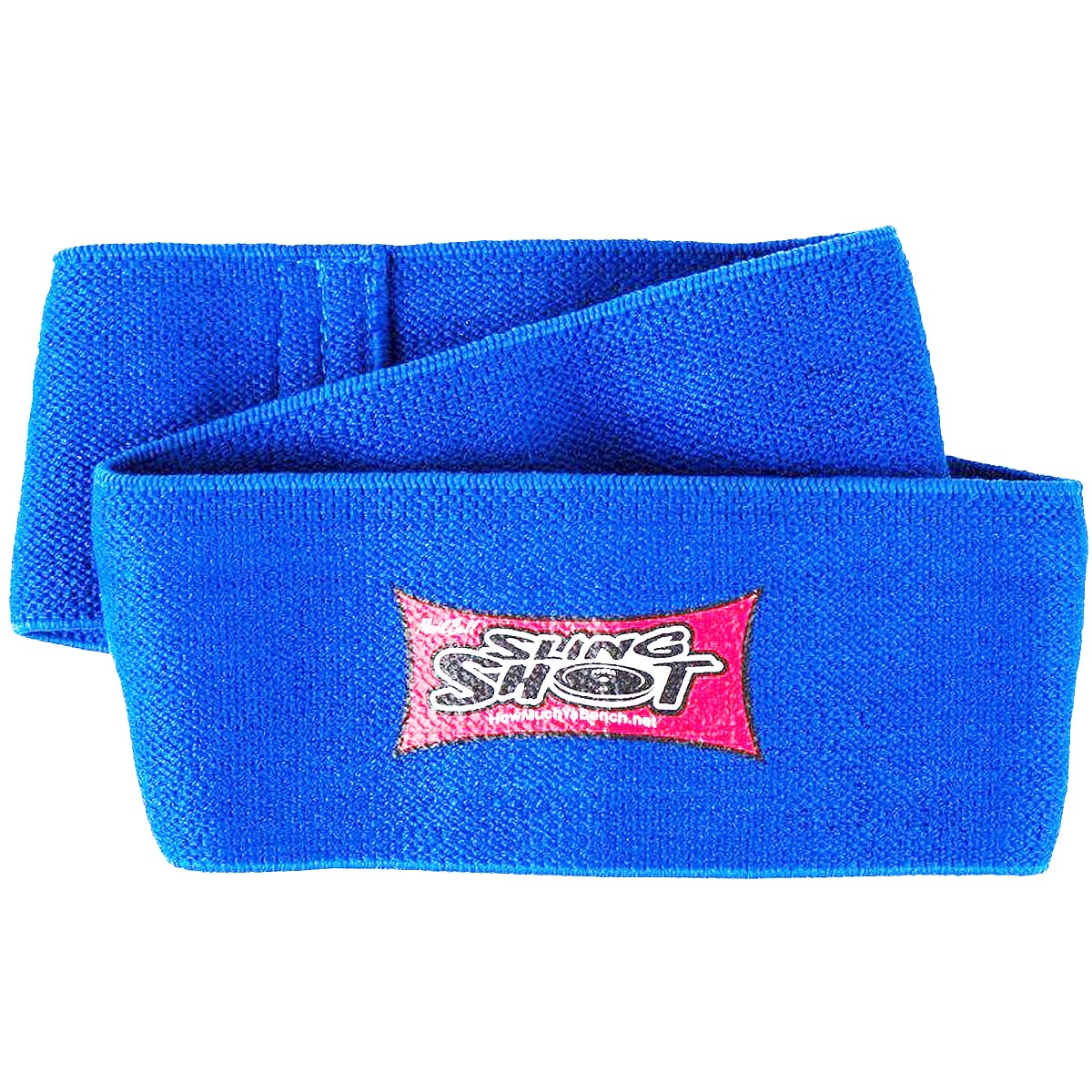 There's a lot of annoying things that can happen at the gym: there's no space to train, the once piece of equipment you need isn't available, you forget your clothes for work, and your resistance band is always rolling up and moving. I can't control how long the guys decide to stay at the squat rack (and not squat), but I have figured out how to prevent my resistance band from moving.

This may sound dramatic, but honestly, it's one of the most annoying things that can happen at the gym that I can actually control. After doing some research, I came across the Sling Shot Hip Circle ($25). I had seen The Rock use it on his Instagram, so naturally, I figured I'd give it a shot.

My initial thought was that the Hip Circle wasn't as stretchy as the plastic resistance bands; I wasn't sure if that was a good or bad thing. It was also a lot thicker and wider than the bands I had used in the past. I put it to the test while doing glute activation exercises and my butt was on fire after just a few reps. The thickness of the band provided more resistance, meaning my glutes had to fire more, which is exactly what I wanted.

Related:
I'm a Fitness Editor, and These Are the Healthy Amazon Products Currently in My Cart

I put it through another test when I did lateral band walks, and yes, my glutes were on fire once again. I also like to use it when I'm doing exercises such as the barbell hip thrust to ensure that my knees stay in the proper position and that I'm using my glutes to move the weight, not my lower back.

Aside from it really working your glutes, the width and thickness of the band prevents it from rolling up, which I find to be one of the most annoying things about resistance bands. I know $25 sounds like a lot to spend on a resistance band, but in my opinion, it's worth it. Reason number one: when you add up how much you've spent on bad resistance bands, it probably amounts to more than $25. Reason number two: it'll last you a long time. I've had my resistance band for a little more than a year and it still looks like it's brand new (disclaimer: I use it at least three times a week). If you're tired of your resistance bands rolling up, snapping, or not being strong enough, you've got to give this one a shot.