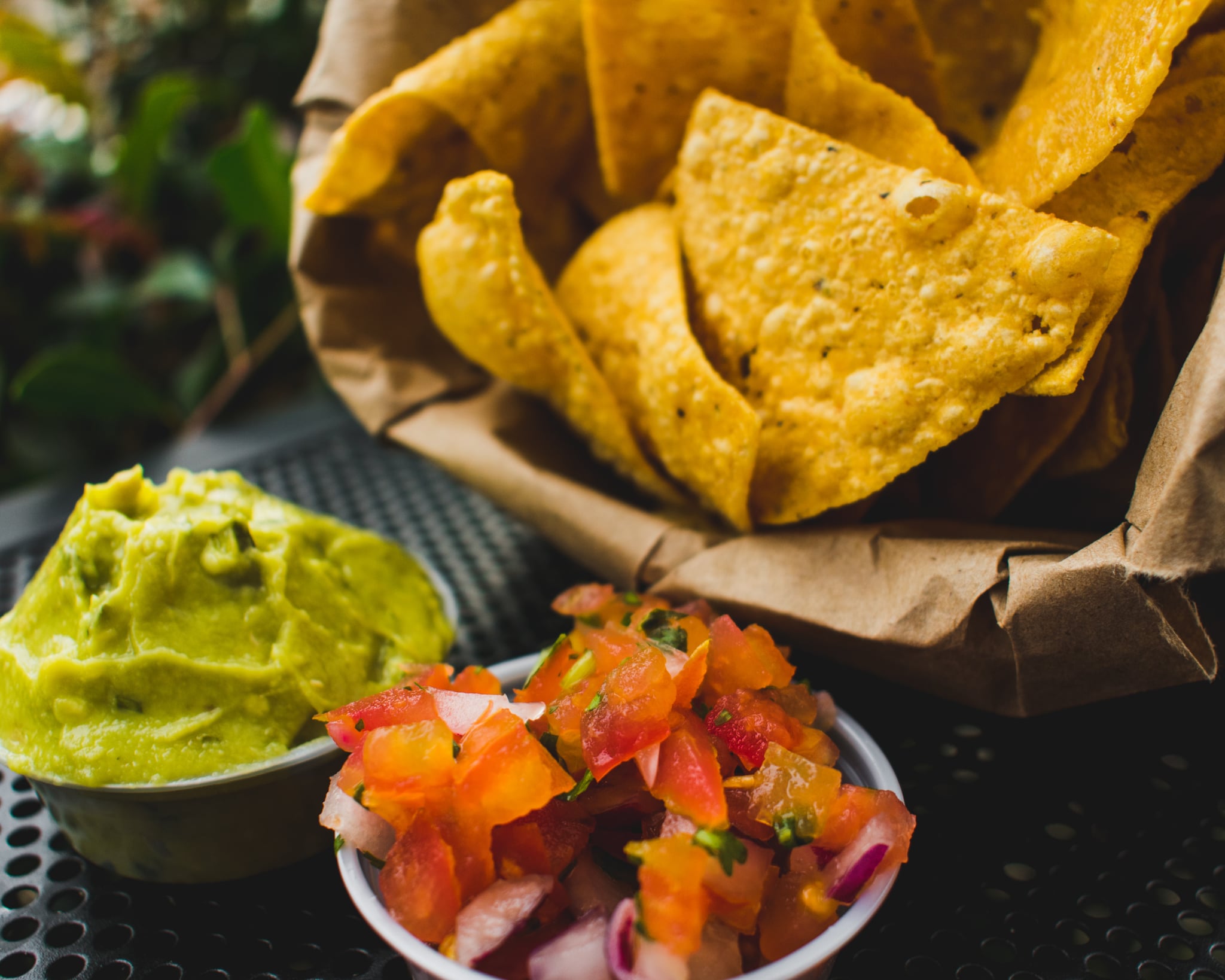 Most people would say I'm a very healthy eater. I've been doing the (mostly) vegan thing for years, and I rarely eat processed food. Except chips. For the life of me, I cannot part with my beloved nightly snack. Usually, just before dinner, I'll pop a few heavenly tortilla chips in my mouth and relish in the crunch, the saltiness. Everything about chips makes my mouth happy.

Unfortunately, I know eating chips every single night — even when they're organic, stone ground, made with beans, whatever — isn't a great habit. Sometimes I'll overdo it, and then my appetite for dinner is negatively impacted. And I'll end up feeling bloated and kinda gross about myself. So I decided to try my very best to give up chips for an entire week. I hoped that by eliminating this indulgence from my diet, I'd stop craving it so much. Read on to find out if I was able to nix my chip dependency and what I learned during my cold turkey, er, chip experiment.

Related:
I Started Setting a Timer When I Ate Dinner, and It Stopped My Overeating

Spoiler: They Were Hard to Resist

The first day I was officially off chips was right after the Thanksgiving holiday. Since I was pretty stuffed and (whispers) kinda hungover, I didn't feel tempted to snack. But the next day, I think I literally heard my heart break when I forced myself to pass the chip aisle during a grocery run. Sniff. And then, OK, confession time: Sunday, I cracked! We'd gone out to dinner to my favourite Mexican restaurant, and there they were. Glaring at me. The chips were so shiny and golden and warm. A nearby bowl of salsa beckoned me to just. take. one. dip. Sigh. I took so many more dips than one.

I felt badly after that dinner and swore off chips for the rest of the experiment. I swear. Until I found a bag of chips lurking in the back of the pantry one night. There was nothing else to eat, my hand to God. So I sneaked just a few.

On the last night of my chip purge, I was desperately craving chips, but I managed to call upon my willpower and opted for the satisfying crunch of broccoli with tangy dressing. That combo totally satiated my desire for a predinner snack, and I didn't even want the chips. Looking back, I should have been more prepared with healthy snack options to counteract cravings the entire week. And yeah, maybe I should have suggested another restaurant on Sunday.

Related:
I Replaced My Morning Coffee With a Ginger Shot Years Ago, and It Seriously Changed My Life

By the end of the week, I decided that maybe it's not worth fighting something as strong as my love for chips. Instead, I think my energy would be better spent swearing off foods I wouldn't miss as much, like bread, pasta, and cookies. OK, I have to eat a cookie once in a while. But seriously, if you have one food you just can't say no to, allowing yourself to enjoy it isn't the end of the world, if your eating habits are mainly healthy. Going forward, I just want to be more careful not to oversnack. Because the day after my no-chip week, I totally binged. I was just so happy to be reunited with my darling chips. So in the end, moderation seems far healthier than chip feast or famine.