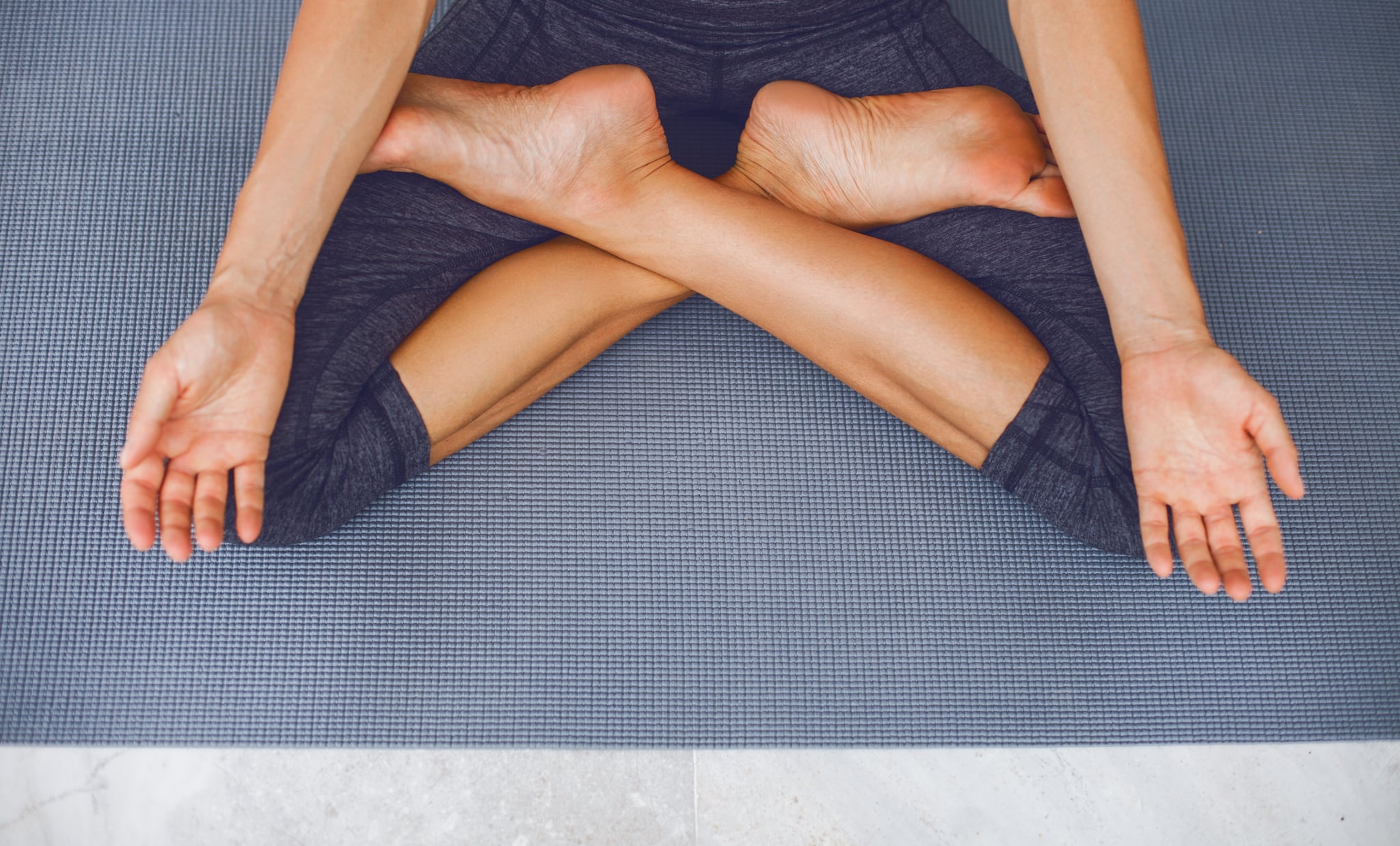 My mind is like a four-way traffic stop. My thoughts fight for attention at the intersection with no regard for right-of-way laws (or any laws for that matter). I'm only human, but finding clarity through the chaos would be nice. So, since meditation has long been used as a tool to quiet the mind, I figured I'd give it a try.

Casey Urban, a yoga teacher with 10 years of experience under her belt, told me over the phone that though she recommends beginners start with any form of meditation they're "actually going to do," whether that's in a classroom or online, morning meditation is best. It's when your mind is the most clear. "Don't look at your phone, don't have a long conversation with your partner, don't turn on the TV," she said. "I believe it helps the habit too, if you just do it first thing in the morning no matter what."

Rachel Brathen, yoga teacher, best-selling author and creator of the popular Yoga Girl community, told me that she recommends beginners start with short meditation sessions. She too prefers meditating in the morning, but she says consistency is key. "Pick a time of the day that works for you and stick with it. As long as you do it consistently at the same time, it will be a lot easier."

There's a long list of physical and psychological benefits associated with meditation, Casey said. She's right. Meditation has been linked to reduced anxiety, stress, and pain as well as reduced blood pressure and cholesterol. On top of that, Rachel spoke of meditation as an "anchor to ground you" during troubling times. So, I went for it.

Here Goes Nothing: What I Used

Being a newbie, I knew I wanted to use an app for guidance. Headspace was one I considered, but I found the British man on the other end to be anything but encourageing (sorry, Fred . . . if that's your name). Instead, I used a 10-minute guided meditation at the beginning of Rachel's podcast, From the Heart (number 35 on this list).

I started on a Thursday and ended on the following Thursday. For eight days straight, I listened to Rachel's soothing voice discuss creating space between your thoughts and the importance of letting my breath be "what it already is." She didn't pressure me into inhaling, exhaling, or sitting a certain way, but she did challenge me to answer questions like, "What has life brought you today?"

During the work week, I got up at 5:45 a.m. to do the guided meditation, which starts at minute four of Rachel's podcast and lasts until about minute 14. Was I tired? Of course. Was it worth it? Yes, and you'll see why. As for the weekend, I meditated whenever I woke up; though, looking back, I should have been more consistent. (Would you have woken up at 5:45 a.m. on a Saturday?).

Related:
I Meditated For 10 Minutes Every Night For a Week, and It Helped Me Fall Asleep Faster

The Whole Truth: What I Learned

Somewhere in the back of my mind I expected to have a magical breakthrough after just eight days of meditation. Instead, I got frustrated when I couldn't stay relaxed. It wasn't an overwhelming sense of frustration, but it was enough to draw me away from my breath and toward the noises around me. There was my dog's relentless snoring (trust me, it's loud), a car starting outside in the cold, and the soft hum of my FitBit notifications.

Casey, though, told me this diversion is normal. "People wake up early to meditate and they get frustrated when they can't quite focus on the breath the whole time," she said. "But it takes years and years and years to build a strong, steady practice." One of her favourite meditation instructors, Tara Brach, PhD, describes the technique of coming back to the breath as a bicep curl. You have to flex this muscle of honing in your focus to become strong.

Going through this was humbling. It reminded me that skill won't get handed to you; you need to work for it, and starting something new takes a hell of a lot more practice than you're willing to give some days. You'll have moments when you're unsure of your capability to learn, and you'll struggle. A lot. But, like Rachel and Casey both said, it's simply about putting doubt aside and trusting that you'll find your way. Because growing into your practice, whether it be meditation, marathon training, or cooking a meal without burning most of its contents, takes time. And, as long as you're trying, nothing — not even navigating a busy intersection of thoughts — is time wasted.