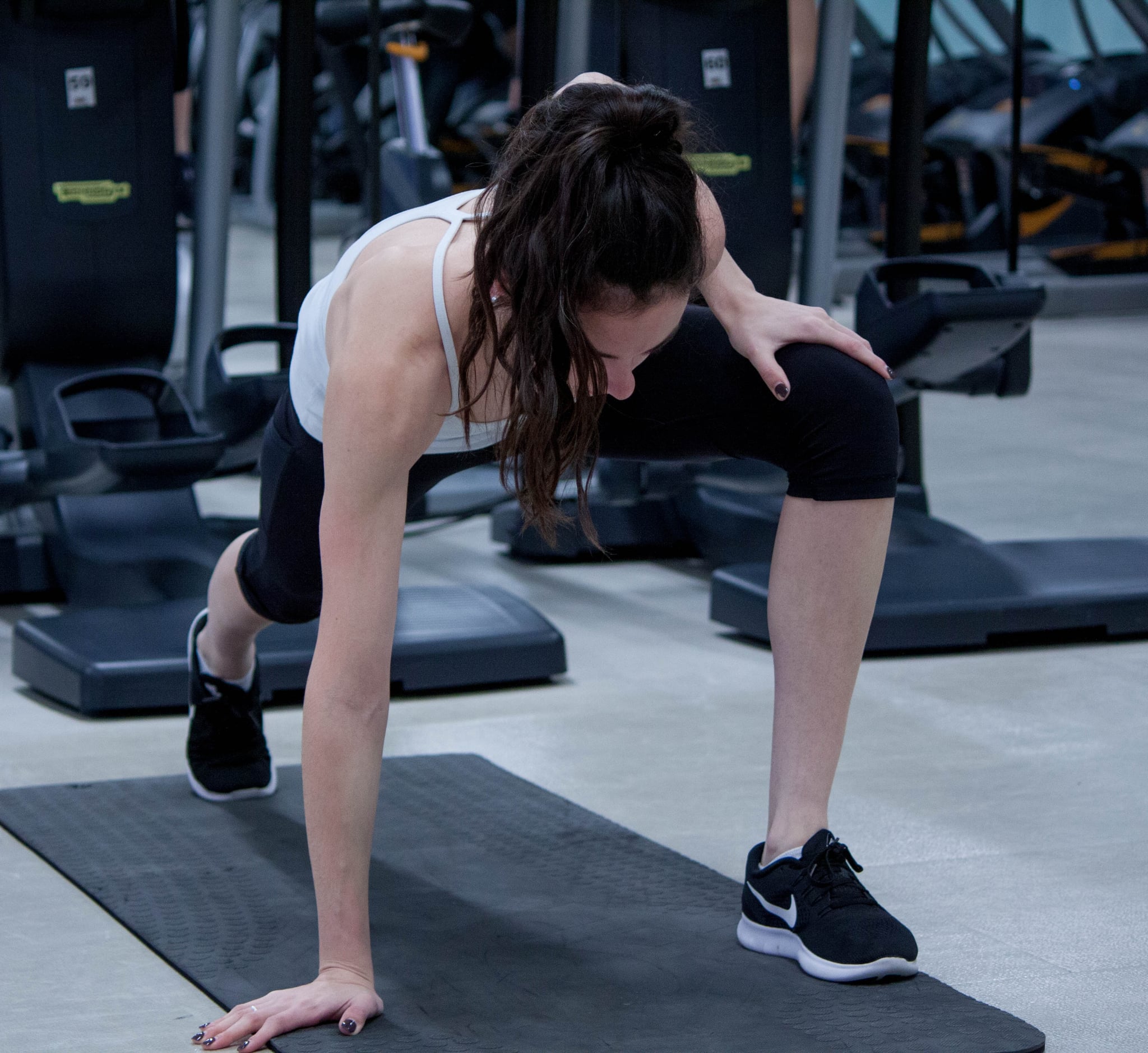 Living in San Francisco for two years opened up my eyes to the world of weed. After taking a strong stance against it for so long, I found that my own research and the crop of sophisticated dispensaries popping up at every corner began to lift the taboo surrounding the herb. After getting my med card and trying it for myself, the stereotype of stoned lazy hippies dissipated like a puff of smoke.

Weed was no longer just a pleasurable pastime, but became an integral part of my fitness and self-care routine.

I soon discovered the benefits of utilizing medical marijuana to calm my anxiety naturally and to help my body recover after surgery opioid-free. Needless to say, I was a fan. But when my friend told me about smoking before a heavy workout, I scoffed. Weed to me was more about relaxing and recovering. So why would I use it before my workout? I decided to not knock it before I tried it, so I vaped some of my go-to Girl Scout Cookies after work one day and headed to the hardest workout I knew: Barry's Bootcamp.

I was pretty exhausted after a tough workday, but just one hit took enough of the stress-induced edge off so I could let go of my 9-to-5 feels and head into the studio more focussed. I'll be honest — throughout the treadmill portion, I felt a little bit out of it. I was slightly off my balance at the beginning, but once I found my groove, time flew by (which is good because I'll admit I am not a fan of treadmills!). Next was the floor portion where we used a combination of heavy dumbbells, benches, and bands for a strength-building session. On this particular day, we focussed on chest, back, and abs. Once I picked up my weights, my mind became super clear and zoned in. I found myself concentrating on my form to the point where almost nothing else mattered. The extra chatter in my head cleared and for once I could just be present — pure magic after the rough time at work I had prior. When I walked out of the studio, I had the sweaty, accomplished feeling I loved without the shake and heart-pounding anxiousness I didn't. Yes, please. I was on cloud nine.

Related:
I Tried a Cannabis-Infused Yoga Class, and It Was F*cking Amazing

After my experience I learned different strains of weed can be paired with different workout styles, depending on the experience you're seeking. Uplifting and energizing sativa-dominant blends can keep you motivated and get you pumped up. Not into cardio? Calming, introspective hybrids work well for Yin yoga or a leisurely stroll. And of course, CBD is your friend for post-sweat-sesh recovery, acting as an anti-inflammatory to aid in muscle repair. Experts suggest finding strains higher in CBD rather than THC so you can get all of the body-boosting benefits without the high. (Just wait on those endorphins instead!)

After my experience, I sought out a new, more energizing strain since my GS Cookies wasn't quite uplifting enough. Once I found what worked for me, I vaped somewhat regularly before teaching my Spin classes. I found this took the edge off the preclass stress that hits during my quick work-to-studio dash across the city, kept me focussed, and even reduced my likelihood of having another cardio-induced panic attack — which happened far too frequently. Weed was no longer just a pleasurable pastime, but became an integral part of my fitness and self-care routine.

Related:
Smoking Weed Every Day Helped Me Lose Over 100 Pounds — Here's How

If you're looking to incorporate marijuana into your own regimen, I suggest experimenting with a shorter workout before breaking it out for the big leagues. (I know some runners who've completed half marathons postsmoke!) Talk to an expert and your doctor before you give it a try as well. Once you're cleared, I suggest using a vape or tincture since smoke can burn your lungs — trust me, you'll be huffing and puffing enough through your workout! Now get out there, get lifted, and go lift.

Image Source: Unsplash / Trust "Tru" Katsande
Any cannabis products referenced above are not intended to diagnose, treat, cure, or prevent any disease. The writer is not a medical doctor, and their experience is based on personal use, the results of which may not be typical or intended. The legality of cannabis products varies by state, and readers are encouraged to check their local laws before purchasing and using cannabis products. Nothing in this article should be construed as advice regarding the legal status of cannabis products. Any views expressed in this article by a third-party sponsor are those of such sponsor, and do not necessarily represent the views of POPSUGAR.
Self-CareWorkoutsPersonal EssayMarijuana