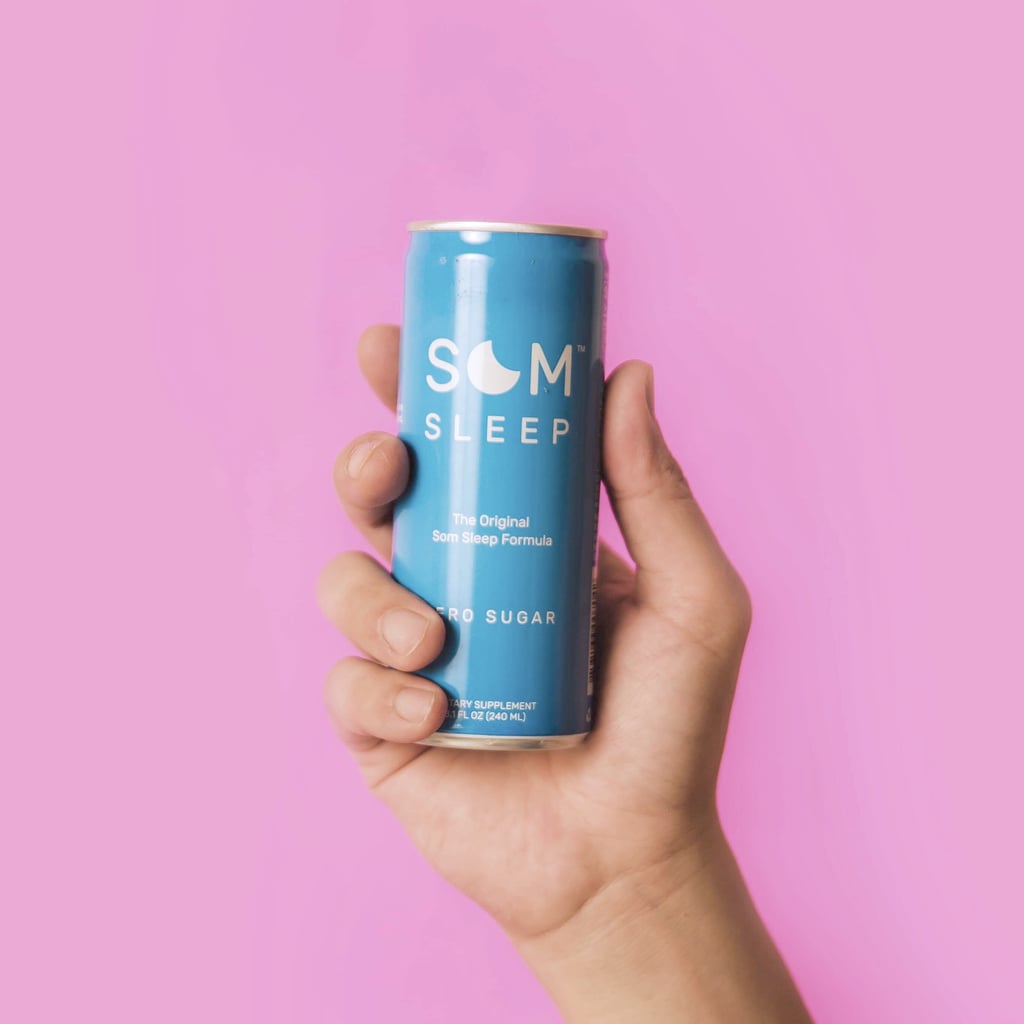 Sleep is one of those things that I want but oftentimes feel like I can't have — so when I was given the chance to test out Som Sleep, a drink that professional athletes praise for its positive effects on slumber, you bet I took that opportunity in full stride. Regardless of what you might hear from others or experience yourself, lack of sleep is common. One in three adults don't get enough on a regular basis, according to the CDC — as a reminder, the recommendation is at least seven hours per night. But, almost five dozen pro sports teams swear Som Sleep really works.

Som Sleep launched in January 2018, and you won't find it next to over-the-counter melatonin pills; instead, it'll most likely be in the functional beverage section along with cold brew, kombucha, etc. The water-based drink sweetened with stevia leaf comes in an eight-ounce can — a familiar look that resembles products vowing to boost your energy. It's called the "anti-Red Bull," though, and is made from ingredients that naturally help you fall asleep faster and achieve a better night's sleep overall as opposed to medication that simply knocks you out (which we'll discuss in depth later).

The company's CMO Brad Marks told POPSUGAR that 54 pro sports teams purchase Som Sleep regularly. Teams include Major League Baseball's LA Dodgers and Colorado Rockies and the NBA's Boston Celtics. You don't need to actually be an athlete to reap the benefits of Som Sleep — now this drink is available to everyone. "We all sort of have intense day jobs. We all try to work out. We're all on the road," cofounder Rob Bent, who's also the chief product officer and has a background in food science, explained. Som can help you perform at the best of your ability because, Rob said, it'll support a healthier sleep cycle so you're ready to work the next day. Ahead, check out details about what exactly Som Sleep is, where to buy it, and how I felt using it for five nights.