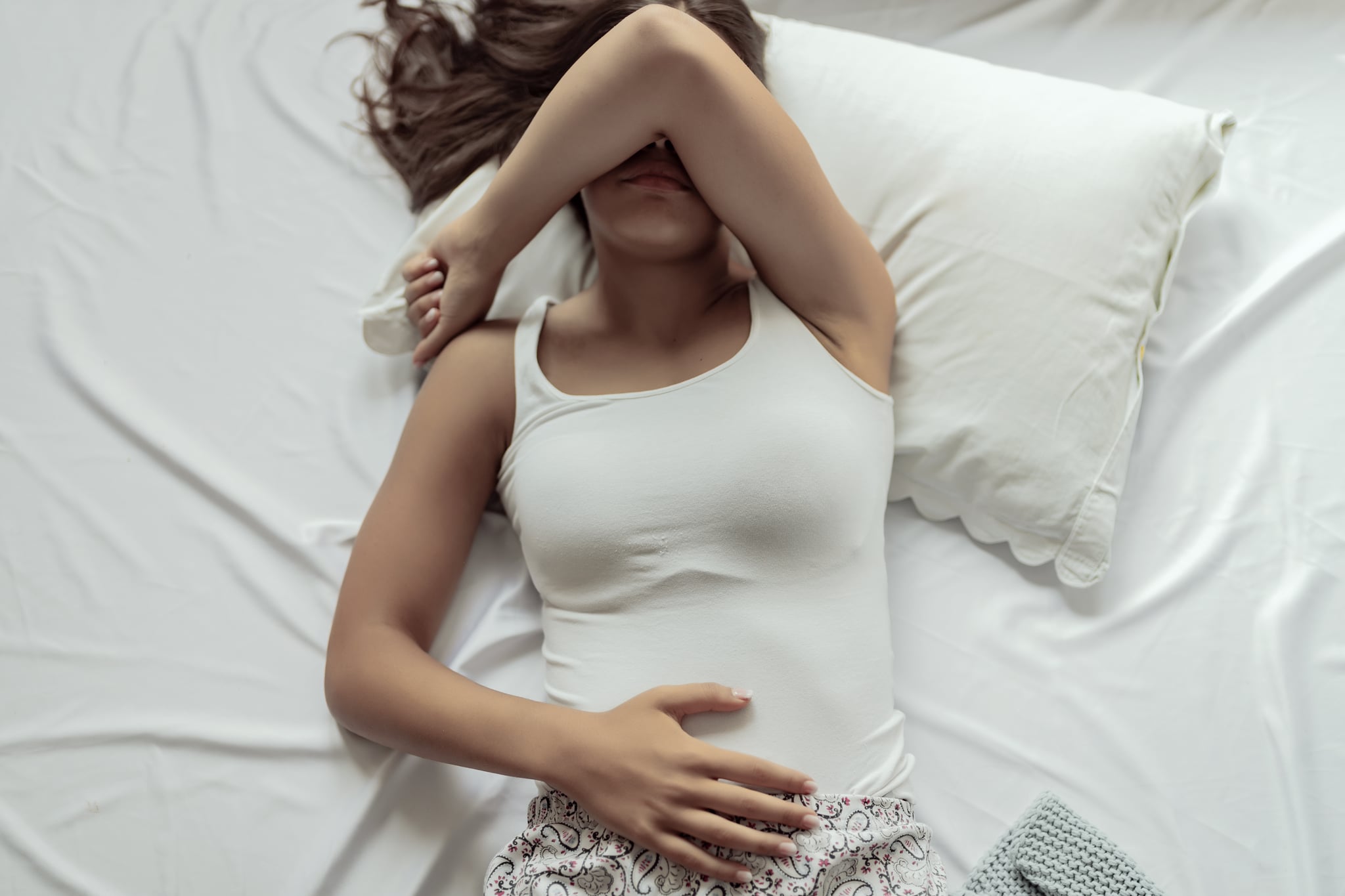 Urinary tract infection: three words people aren't so pleased to hear. Are they uncomfortable? Yes. Are they painful? Double yes. Are they common? Unfortunately, yes: one in three women will need antibiotic treatment for a UTI by age 24. We spoke to Vannita Simma-Chiang, MD, assistant professor of urology at Mount Sinai, and Adeeti Gupta, board-certified ob-gyn and founder of Walk In GYN Care, about why these infections keep coming back.

Dr. Simma-Chiang explained, "I tell patients that we are at a constant battle with organisms that are trying to invade our bodies to find a place to live. Most of the time, our immune systems are able to fend off these organisms. Sometimes, when our immune systems are being challenged — we're sleep-deprived, have a common cold, are not eating healthy, are stressed out — these organisms can bypass our immune system and make a home in our bladders." She went on to say that women are at an "anatomic disadvantage" when it comes to UTIs because their urethra is short and in their introitus, "which is near the vaginal opening." Dr. Gupta said not drinking enough water is the most common cause, along with holding in urine. Sex also can lead to infection.

Related:
Curious Why Your Pee Smells Weird Sometimes? This Doctor Explains Why

Why Do Some Women Get a Lot of Them?

If a woman gets two or more UTIs within six months, or three in a year, this is called a "recurrent UTI" or "recurrent cystitis." According to Dr. Gupta, "vaginal dryness after menopause can make you more prone to UTIs." Dr. Simma-Chiang said that some women who are sexually active tend to get more UTIs, and she also noted that research suggests these infections could run in families, though that research is far from conclusive.

Both doctors told us that having kidney stones can make a woman more prone to recurrent UTIs as well. But both also stressed that if you do get a recurrent UTI, it doesn't necessarily mean you're more likely to get it again once you're healed. "If women take proper care of themselves, they can avoid recurrent UTIs," Dr. Gupta said. We'll talk about preventative measures later.

What to Do If You Have a Recurrent UTI

See a doctor (say it louder for the people in the back!). "If women get recurrent UTIs, they should see a urologist," Dr. Simma-Chiang said. "We can walk you through conservative measures such as behavioural changes, dietary modification, increasing fluids, and optimizing your bowel movements as a first step. If these measures don't work, we can move on to antibiotic or nonantibiotic options. Don't try to treat this on your own." She also named management strategies such as postcoital prophylaxis, which is when a woman takes one low-dose antibiotic right after sex to help prevent the UTI from progressing. "If you are young and healthy and notice that you get UTIs every time you have sexual intercourse, whether with a male or female," this might be a method for you, she said.

Dr. Simma-Chiang continued, "If you are young and healthy and notice that you get UTIs with specific symptoms — suprapubic [lower abdomen] pain, urgency, frequency, burning on urination — you may be a candidate for self-start therapy." For this, a woman will take a "shortened course of antibiotics for three days instead of seven to 10 days, which is a full course." You're given a 30-day supply with refills, she said, so this "helps to decrease the burden" of going to get a urine culture and a prescription. "For postcoital prophylaxis and self-start therapy, you should be evaluated by a medical professional prior to starting, as we would like to exclude any other factors that might be causing recurrent UTIs," she noted.

Dr. Gupta similarly said that in the event of a recurrent UTI, you should increase your water intake and see a doctor, who will most likely prescribe antibiotics. Over-the-counter treatment, she added, will not get rid of the infection "and will let the infection linger." (Note: Dr. Simma-Chiang did say that she sometimes prescribes Azo, an over-the-counter pain medication, to patients after a "really bad urinary infection just to take the edge off." She warned that you can only take it for up to three days because "it's hard on your liver.")

Related:
So, Can You Actually Work Out in Period Underwear? Here's What 2 Experts Told Us

Dr. Gupta said that women need to take caution to avoid recurrent UTIs because "they can lead to an ascending infection, meaning the infection can go up to the kidneys if untreated, and you will need hospitalization if it's severe." She offered the following tips: "Drink plenty of plain water, avoid holding in urine, and take probiotics." Also, avoid panty liners "because they cause friction and vaginal irritation, which can cause urethral irritation and UTIs."

We know what you're thinking: "What about cranberry pills and cranberry juice?" Dr. Simma-Chiang said that though the active ingredient in cranberry has been shown to prevent organisms from "binding to the urethral cells" and causing UTIs, that's only one way bacteria can invade. Cranberry pills, she explained, are not regulated by the FDA, meaning "we don't know what's in it and we don't know how effective it is because there have been no real, big studies." Some patients have told her that cranberry pills do work for them, but "we don't know who this is beneficial for."

"Drink a lot of water, have good bowel movements, stay healthy, sleep a lot, manage stress, take care of yourself," Dr. Simma-Chiang advised. (You can find more tips on UTI prevention here.) Remember, she concluded: "When your immune system's down, that's when organisms will come and try to invade your urethra and your bladder." So try your best to take care of yourself, and go see a doctor if a UTI comes knocking.