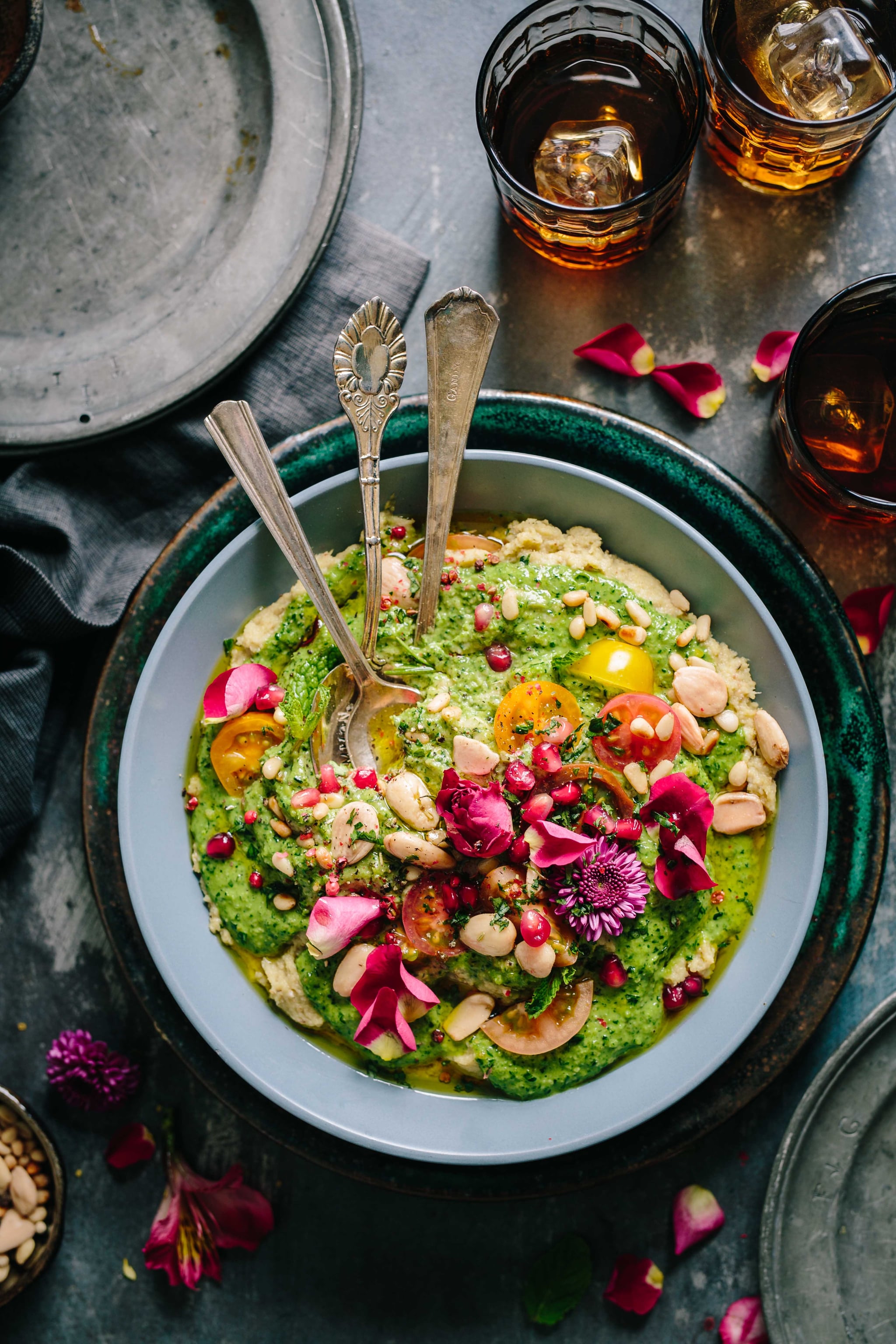 If you've recently adopted a more plant-based diet and noticed — erm — you're gassier than normal, you're not alone. Although I'm not vegan, New York has one of the best plant-based restaurant scenes — and I've made it my duty to try them all. Last weekend, I dined at a vegan restaurant in Harlem, and the food was amazing! Throughout the entire dinner, I had been secretly letting loose (whoever smelt it dealt it!), and by the time we paid our bill, my stomach was having a party. On the walk home, I passed gas at least 10 times, and that's when I realised something was definitely up. Being unable to get over how gassy I was, I sought the help of the ever-reliable Google — here's what I learned.

Related:
We Asked 2 Dietitians Which Foods Cause Bloating — This Is What They Said

Vegan alternatives to meat and dairy include beans, peas, nuts, seeds, and soy products. Replacing meat and dairy with these alternatives can lead to bloating and flatulence as your body begins to adjust. The good news: it won't last long. Beans and legumes contain natural sugars called oligosaccharides that are difficult for our bodies to digest. Because our bodies don't produce alpha galactosidase — the enzyme that breaks down the sugars — bacteria in our gut consume and break down the sugars instead. As a by-product of digestion, the bacteria releases gas, which causes you to bloat and release . . . well, you get it.

High-fibre Is to Blame

We've all heard that eating more fibre will keep you fuller longer and help aid in bowel movements. Vegetarians and vegans tend to consume more fibre, and although there are numerous benefits of consuming fibre, a high-fibre diet can also result in bloating and gas. Bacteria found in your large intestine breaks down fibre and releases gas as a by-product. The increased feeling of fullness can also lead to discomfort, which often feels similar to that of bloating and gas.

Be Aware of the Fructan in Vegetables

If you're experiencing gas, your body could be reacting to the fructan found in certain vegetables. Fructan is a carbohydrate that humans can't digest, turning it into food for the bacteria that lives in your gut. The bacteria eats the fructans by way of fermentation, and as a result, you become uncontrollably gassy. High-fructan vegetables include: artichokes, broccoli, brussels sprouts, and corn. You don't need to cut these out completely, but instead, start with smaller portions until your stomach adjusts.

Instead of abruptly switching to a plant-based diet, slowly transition to vegan protein and dairy alternatives. Another way to reduce excessive flatulence is to introduce more fibre into your diet gradually. Start with one or two servings a day, and add on another serving the following week. The next time you cook beans and legumes, try soaking them first. A study found that soaking beans reduces the amounts of sugars in the beans. This is a much better alternative to purchasing canned beans. Other things like chewing gum and stress can contribute to excessive gas and bloating.