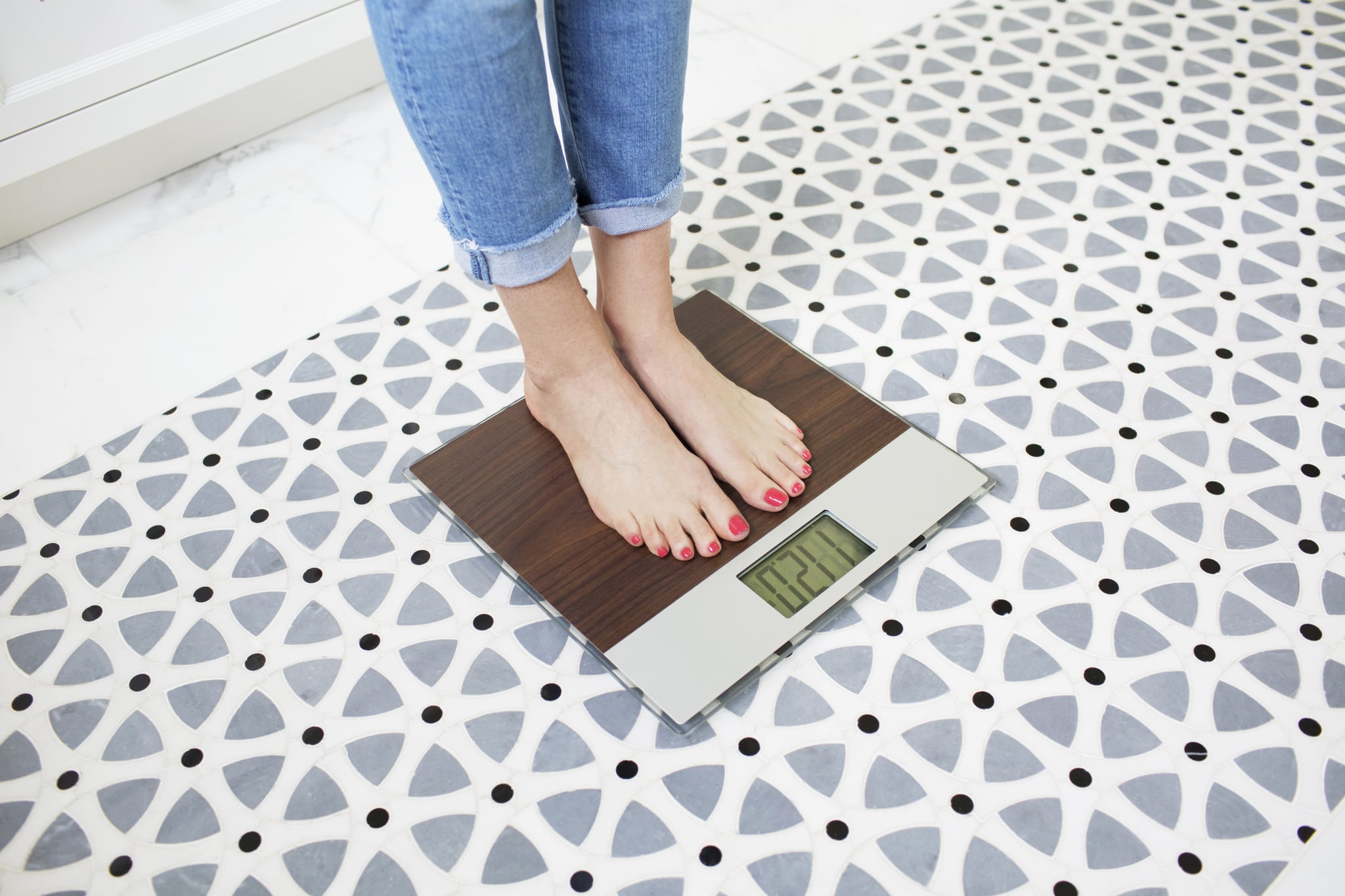 During my teens, when I was in the throes of anorexia and bulimia, I'd dread getting weighed at the doctor's office. No matter what the number on the scale was, it always seemed too high. Then, a doctor at a treatment centre gave me a life-changing tip: just stand facing away from the scale and ask the doctor not to say your weight out loud. As it turns out, you don't have to know that number in order to take charge of your health. In fact, nearly a decade later, I still have no idea what I weigh, and my health is better for it.

"People who struggle with an eating disorder usually develop an obsessive relationship with the scale," says Melainie Rogers, a registered dietitian specialising in eating disorders and the founder of Balance, a treatment centre. "Recovery is about letting go of this obsession, accepting your body for its functionality and not what it looks like or how much it weighs."

Even if you don't have an eating disorder, learning your weight can move your focus away from your actual goal: to be healthy. There's a misconception that you need to know how many pounds you are to know how close to health you stand, but in reality, the number on the scale can be misleading.

Why That Number Doesn't Say It All

"Health can be a range of sizes and weights, and body weight is only one tiny piece of the whole picture of health," says registered dietitian Libby Parker, MS, RD. Your doctor might need to know the number on the scale to figure out a medication dosage, for example, but there's no reason to share it with you, she adds.

In many cases, a focus on weight can actually give an inaccurate picture of health. A study in the International Journal of Obesity found that 47.4 percent of Americans with body mass index in the overweight range and 15 percent who would be considered obese have healthy blood pressure, glucose, cholesterol, and triglyceride levels. The same study found that over 30 percent of people with a BMI considered healthy are just the opposite if you go by the same measures.

"Weight, as reflected in a number on a scale, is only the gravitational pull of your body to the earth," says Parker. "It says nothing about muscle, fat, or other body tissue or fluid composition." Rogers reinforces this point reminding us that "having larger [and therefore heavier] hips does not mean you are 'unhealthy.' It is your natural body shape and size." Trying to achieve a so-called "healthy weight for your age or height" when you have a naturally large build might mean resorting to unhealthy behaviours, like extreme dieting.

Related:
7 Signs You're Losing Weight (Even When the Scale's Being Rude)

Muscle can also have a huge impact on weight, says personal trainer and powerlifting champion Robert S. Herbst. He often sees people get discouraged when instead of seeing the number on the scale dip as they work out more, they stay the same or even see it going up. "If you're exercising properly with strength training, a pound of fat burnt can equal to a pound of muscle gained," he says. "The scale weight will be the same, but you shouldn't get frustrated, as in reality you're fitter and stronger."

Health aside, pounds aren't even a good indicator of your physical appearance. "You may have seen photos of people who have gained weight while going down in pant size and body fat percentage," says Parker. "This is absolutely a real thing, and if you are just chasing a number on a scale, you won't have the healthiest body or mind."

If you're an eating disorder survivor with a warped view of yourself, seeing your weight could fuel incorrect beliefs about what you must look like. I experienced the discrepancy between a healthy weight and a healthy body firsthand. Even at times when my BMI fell within the so-called healthy range, I was drastically restricting my diet, making myself throw up, and not getting my period. Knowing I was within the healthy number led me to doubt those who said I had an eating disorder, believing I had to be skinnier before I needed or deserved help.

Then, during recovery, my weight began to exceed the one my treatment team had required me to reach, throwing me into a tailspin. This amplified the voice already in my head saying it was wrong of me to be eating more and that I should be restricting my diet again. It was after this that I decided I wouldn't look at my weight again. I knew that if I did, it would once again always seem too high.

I'm not the only one this has worked for. For eating disorder survivor Emily Costa, avoiding that number isn't just a way to avoid relapse; it's a reminder of how meaningless it really is. "I worked extremely hard to get to a place in my recovery where I understood that my weight was not only not a measure of my worth, but not the only measure of my health," she says.

Related:
5 Things You Should Do Every Morning If You Want to Be Healthy 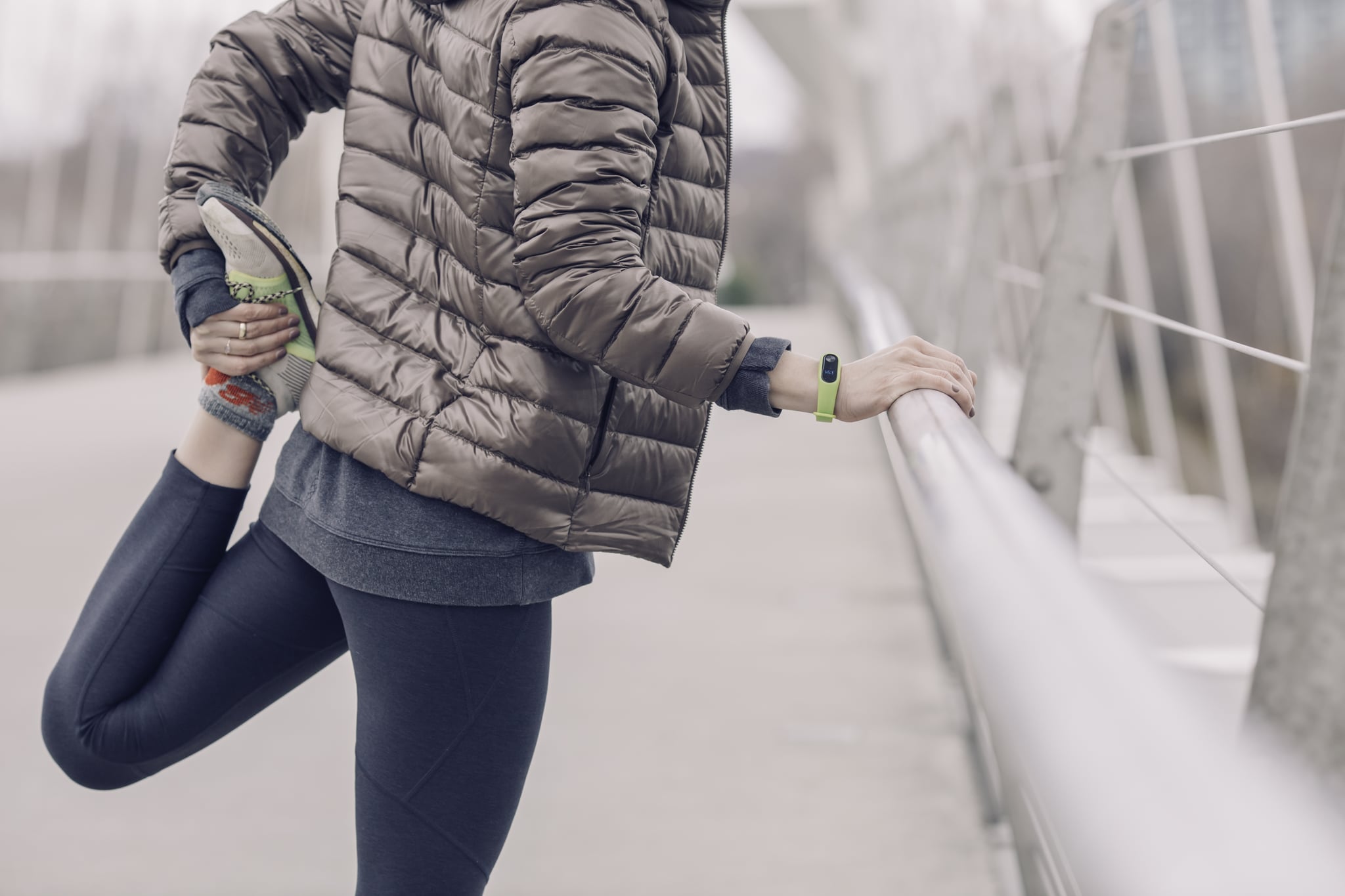 Other Measures of Health to Consider

Since the number on the scale doesn't say much, Rogers suggests looking at other measures of health, including your ability to walk up and down the stairs without losing your breath, your capacity to take a walk without your knees or back hurting, your flexibility, energy, and mood.

"A healthful state is when all of our organs, ligaments, muscles, and systems in the body are functioning optimally," Rogers said. To achieve good health by these measures, she suggests exercising daily, getting enough sleep, eating balanced meals, and treating food as nourishment for your body rather than assigning it emotional or moral significance. "Do you actively try to take care of your body and your physical health?" she suggests asking yourself.

How to Commit to Not Looking at the Scale

I ask all my doctors to let me stand with my back to the scale and not to repeat my weight out loud. Unfortunately, I've come across many doctors who don't know how triggering the number on the scale can be for eating disorder survivors like me or how counterproductive it can be for anyone looking to be healthy.

It may fall on you to educate your doctor. Rogers suggests saying something like: "I have recovered from an eating disorder and knowing my weight is not helpful in my recovery. It is better for me to not know. Thank you for understanding." If you aren't an eating disorder survivor, you can still tell your doctor that your weight isn't a concern of yours, and you don't believe it's a good measure of your health. Then, change the subject to the aspects of your health you are concerned about.

Occasionally, doctors have had insensitive responses to my request (I've heard "But you look great!" and "Then, you're not really recovered."), but so far, nobody has gone against my request and said the number out loud. The peace of mind I get from not even going down that road is well worth the occasional awkward interaction.

Ideally, I'd reach a point where I could see my weight and not freak out about it, but I know myself too well to take that risk. I've come too far in my recovery to put myself in a situation that could trigger a relapse, and this isn't a battle that I want or need to fight, because not knowing my weight has had zero disadvantages.

Our society treats weight as the definitive measure of someone's health, but it's really just a number — one you don't even need to know. Instead of using an insignificant number like weight to gauge your well-being, focus on how you feel. If your mind and body are in top shape, chances are you're at the right weight.

If you or anyone you know is struggling from an eating disorder, call the toll-free confidential helpline at 1-800-931-2237 or go to www.nationaleatingdisorders.org.

Sexual Health
Another Benefit of Cardio Workouts? They May Lead to Lighter Periods Over Time
by Emily Weaver 9 hours ago

Celebrity Interviews
Lizzo Doesn't Want to Be Associated With the Body-Positive Movement: "Being Fat Is Normal"
by Samantha Brodsky 4 days ago

Healthy Living
If Your Mind Won't Shut Off at Night, This New Sleep App Will Help You Relax and Sleep Better
by Tamara Pridgett 2 days ago

Depression
"Give Yourself Some Grace": 4 Expert-Approved Ways to Deal With Pandemic Depression
by Maggie Ryan 5 days ago