Processed foods: those two words are enough to get most health and fitness lovers running for the hills. They're the first foods people will tell you to avoid when you're looking to eat healthier, and there are reasons for that; the foods we tend to think of as "processed," things like chips, cookies, and candy, are more likely to have added sugars, sweeteners, and more calories for less nutritional value.

But that doesn't mean all processed foods are unhealthy or "bad." According to the USDA, "processed foods" are any food items that have been mechanically altered from their natural state. Pre-washed bagged spinach, pre-cut broccoli, canned beans, frozen fruit: all of these and more healthy foods are technically processed. A lot of us forget that, which is why we were glad to see this recent Instagram post from registered dietitian Cara Harbstreet, MS, LD, of Street Smart Nutrition.

"Friendly reminder that processing is what makes most food into something edible," Cara wrote in the post. "Eating 'processed food' is not a bad thing." In the caption, she went on to explain that a main tentpole of many diets is "the vilification of processed foods. Not only can I not get down with the holier-than-thou implication that eating unprocessed/pure/whole food is somehow better," she continued, "but I can't wrap my head around the total disregard of all the ways processing turns raw ingredients into edible, nourishing, better-tasting foods."

Cara explained to POPSUGAR that the term "processing" is often taken out of context in the health and wellness world. "While it once referred to the steps necessary to improve flavour, shelf-stability, or nutrition, it's now cast as something negative that should be avoided." Processing, she added, is what can make food "affordable, nourishing, and accessible to people everywhere, at any time of the year." Surrounding it with negative connotations can introduce unwarranted feelings of distrust, shame, or even fear.

"The goal of this post was to remind people that food is not a moral choice, and eating a certain way does not make them a 'good' or 'bad' person," Cara said. That's one of the guiding principles of intuitive eating, a practice that Cara references in her post. Foods, both processed and unprocessed, aren't all "nutritiously equivalent," she wrote in the caption, "but . . . they are morally equivalent." Does some processing change the nutritional content of a food? Yes, Cara wrote, "but it doesn't make you a bad person if you eat [it], and it doesn't mean you're doing a total disservice to your health, either." That's an idea that can help all of us heal our relationships with food, processed or not. 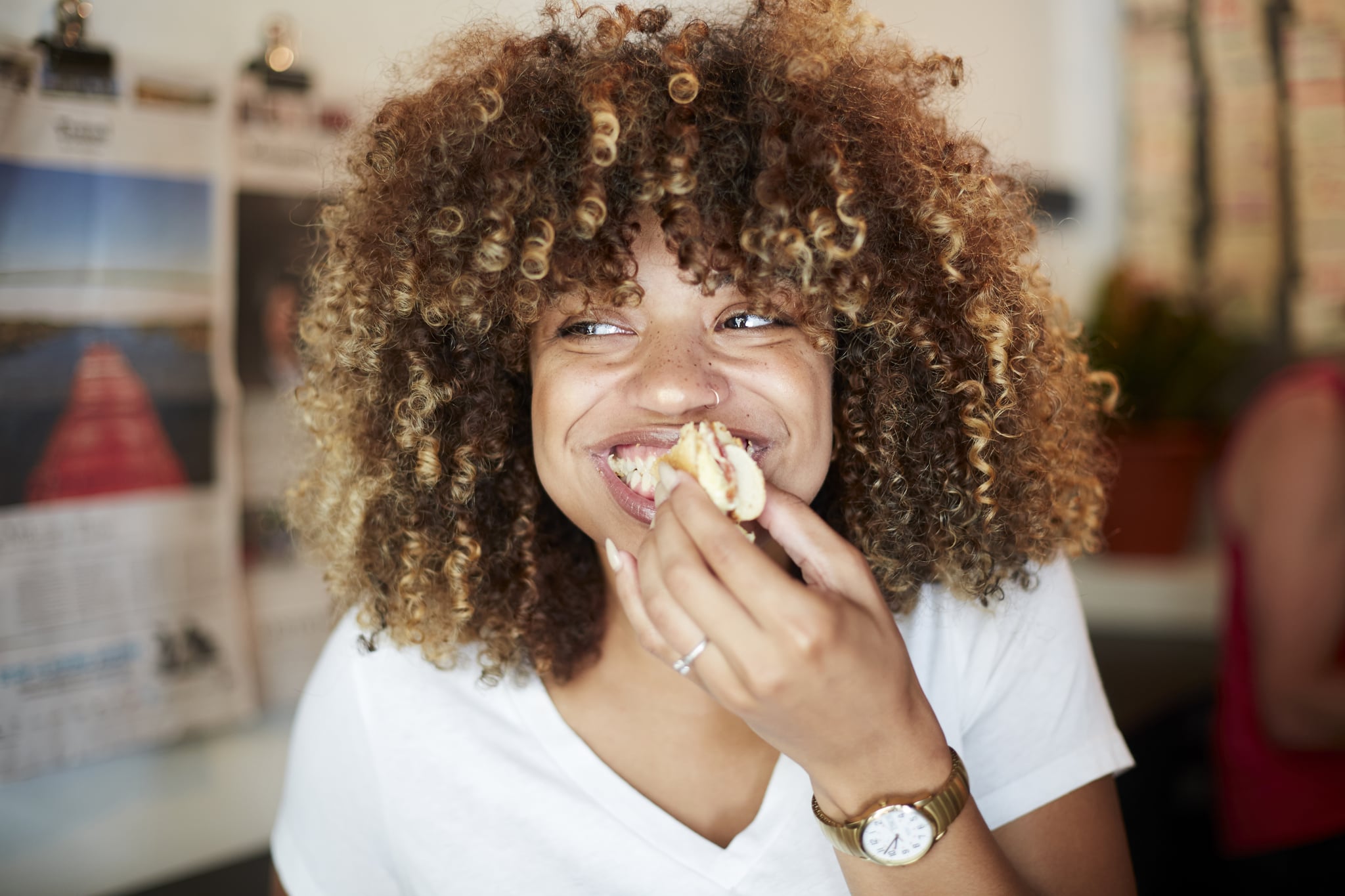 Related:
I'm Scared Ditching Diets Will Cause Weight Gain — How Do I Stop Caring About My Weight?
NutritionHealthy LivingHealthy Eating Tips