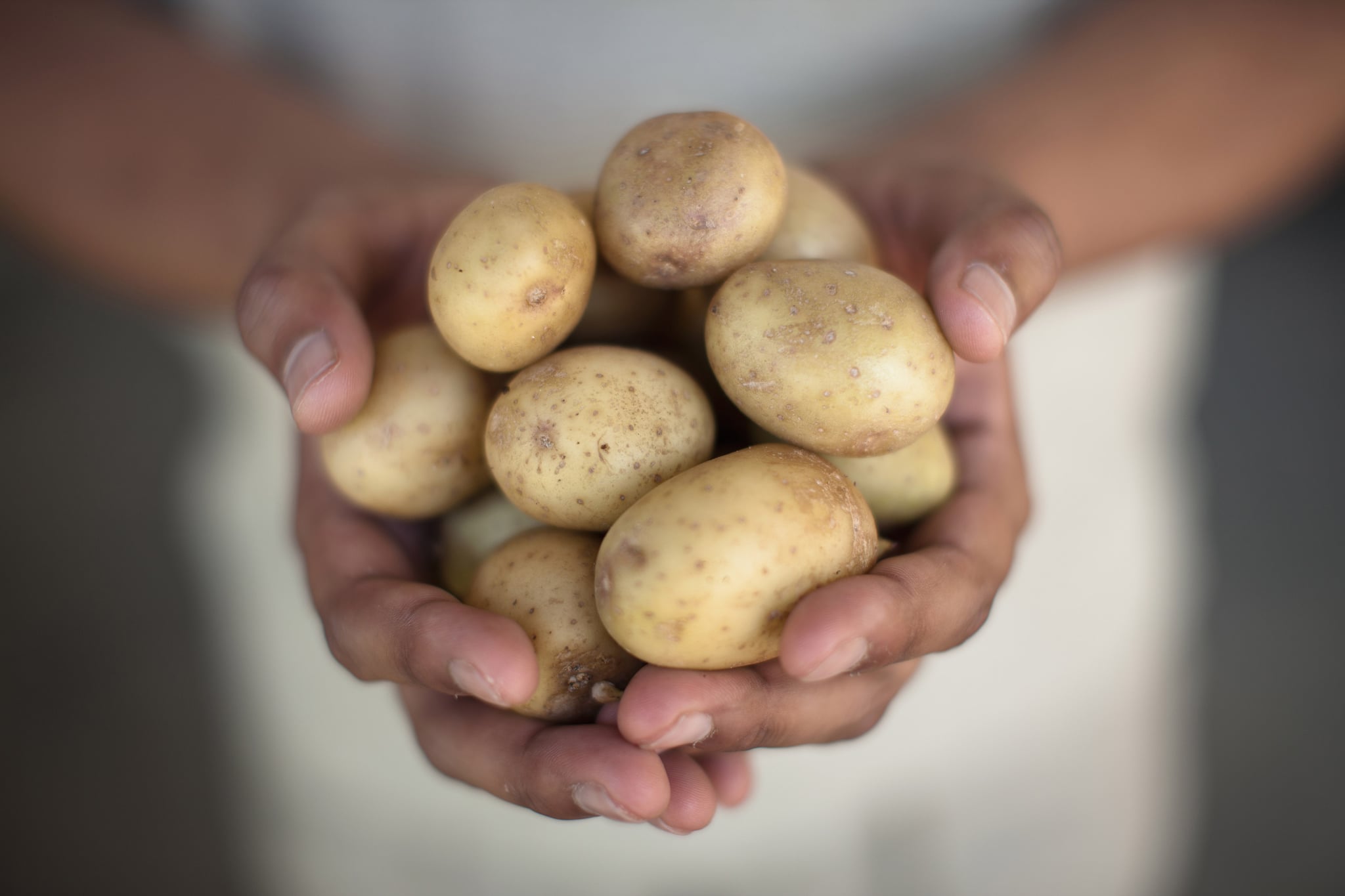 Potatoes have gotten a bad reputation for causing weight gain since they're high in carbs, but POPSUGAR spoke to registered dietitian Kate Coufal, MS, RDN, LDN, who explained that potatoes can actually promote weight loss. I'm living proof because I've been eating potatoes every day for three months and was able to lose 10 pounds, and I've been maintaining it. Keep reading to learn why potatoes are actually a perfect food for weight loss.

Not all carbohydrates are considered equal. The type of carbohydrate — complex and whole versus simple and refined — play a role in weight loss, Coufal explained. Complex carbohydrates, such as potatoes and whole grains, are actually low in calories and high in fibre, so eating these foods can help you consume fewer calories and feel more satiated. Whereas simple and refined carbohydrates such as pastries, crackers, and breakfast cereals, for example, are processed and therefore more calorically dense without the fibre. So when you eat them, you're consuming a lot of calories without feeling satisfied, so you end up eating more, which can lead to weight gain.

Just like any other food group, carbs consumed in excess can cause weight gain, especially refined carbs. "Carbs are also very easy to overeat due to the dopamine hit our brain gets from consuming them," Coufal said. Heavily processed carbs like bread, baked goods, pasta, and crackers enhance the dopamine release our brain gets when consumed, meaning a higher likelihood of over-consumption and weight gain. Processed carbohydrates oftentimes have additional sugar and oil, enhancing both calories and the desire to consume.

If you're looking to lose weight while feeling satiated, Coufal suggested that the majority of carbs we consume should come from whole, unprocessed foods like potatoes, brown rice, quinoa, corn, oats, and fruit. And don't skimp! Our bodies run on the glucose we get from eating carbs, so Coufal said aim to eat about 50 to 60 percent of your calories from whole, unprocessed carbs.

Why Are Potatoes Good For Weight Loss?

Both white and sweet potatoes are beneficial for weight loss and considered a low-calorie food, pound for pound, explained Coufal. One pound of potatoes has 400 calories compared to one pound of bread which is 1,200 calories. This means you can consume potatoes while maintaining a low-calorie intake, helping you lose weight without feeling hungry. That's because according to the Satiety Index of Common Foods, boiled potatoes are considered the top most satiating food, almost 2.5 times more than bread.

The satiety effect of potatoes is due to the volume of food (one large potato or two medium is about one pound), and the high water, high fibre (six grams) and high protein content (almost 10 grams). The fibre, mostly found in the skin, helps slow digestion, promotes fullness, and decreases hunger. Potatoes also contain a compound called proteinase inhibitor II, explained Coufal, which impacts hormone secretion, resulting in reduced hunger and slower digestion. The combination of fibre and protein helps increase satiety, aiding in weight loss. 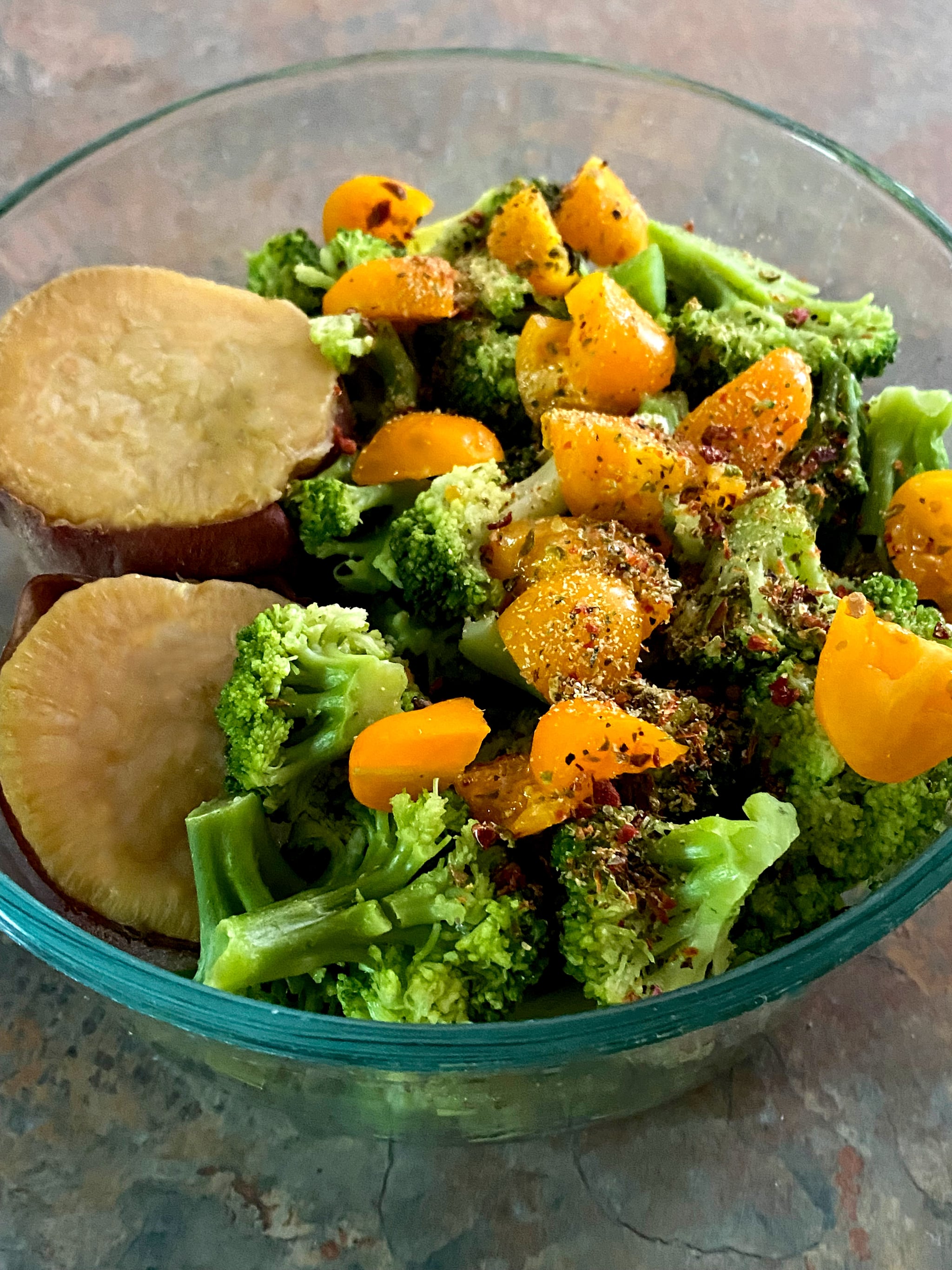 All potatoes are low in calories, making them weight-loss friendly. Although there are slight differences in the amount of fibre, naturally occurring sugar and micronutrient amounts, these differences are not significant enough to impact weight loss, Coufal said. White potatoes are slightly lower in calories but high in fibre. Red potatoes are also low in calories, have slightly less fibre, but contain high amounts of phytochemicals. Sweet potatoes are a bit higher in calories, but high in fibre, and very dense in minerals and antioxidants. At the end of the day, choose whatever type of potato you like best — white, yukon gold, red, russet, garnet, Japanese sweet, or purple — but be sure to eat the skin, where most of the fibre and micronutrients are found.

One of the reason potatoes are connected to weight gain is because of the way they are usually prepared. Using oil to fry or roast potatoes or adding other fats like mashing in butter and milk, or topping with cheese, sour cream, or bacon, all add additional fats and calories, and are not beneficial for weight loss, said Coufal.

If you crave a crunch, air frying or baking on parchment paper, without added oil is a great option as it eliminates the added fat and calories. But Coufal said if weight loss is your goal, the best method is boiling or steaming potatoes. This helps retain the water content, making them more filling than baking or frying, which dehydrates the potato and makes it more calorically dense. Boiling or steaming, followed by cooling also produces high levels of resistant starch, which are known to regulate metabolism, promote fullness and satiety, and prevent overeating.

To make eating potatoes easy, buy a big bag, and boil about four to five pounds on the stove. I like to steam them in my Instant Pot (16 minutes on high pressure). Allow them to cool, then put them in a glass container in the fridge (they also freeze well) so you can enjoy them with steamed veggies, add them to your salads, or I like to cook them briefly in the air fryer. You'll feel satisfied, and if weight loss is your goal, you'll be amazed at how well potatoes can fit into your meals!