You may assume that someone who radiates as much calm and wisdom as beloved astrologer Chani Nicholas can drop into an effortless, peaceful sleep under any circumstances. And you may feel much better to learn that is absolutely not the case. "I was always jealous of those kids that could fall asleep in maths class. I definitely wanted to, but I could never," the You Were Born For This: Astrology For Radical Self Acceptance ($23) author told POPSUGAR. "I can't sleep unless I'm lying down, and I can be on my side, and I have a pillow and a blanket."

That's not to say that Nicholas doesn't value sleep. In fact, devotees of her weekly horoscopes on the CHANI app will know that sleep, rest, and dreams are all frequent topics of conversation and reflection for Nicholas. That's because in astrology, your birth chart has a lot to say about your physical needs, energy, and mood at a particular moment in time. For example, she said, lots of people struggle to sleep well during the full moon. "If you're going through a transit to your moon, that feels really electrifying; you might not actually get a lot of sleep," Nicholas explained. "There'll be other transits that come along that make you super lethargic and need to spend more time dreaming, or just in the unconscious."

So, how does someone as attuned to sleep and energy as Nicholas is wind down at night? Read on to find out.

"Lately, my sleep schedule has been in the style of infancy," Nicholas said of her early-to-bed routine during the pandemic. "I had a naturopath that told me that every hour of sleep you get before midnight counts as two, [so] I've been trying to go to bed between like 8 and 9 o'clock. To be honest, it worked for a while and now it's getting a little later, but I've definitely tried to be in bed before 10. And then, if I'm lucky, I sleep straight through to like 5, 6."

Calm Down and Settle In

"I love magnesium before bed. I have a pill form," Nicholas said. (Studies have shown that magnesium can help inhibit your body's stress response, so it's a popular ingredient in natural sleep aids.) "I do also enjoy Calm ($17) because it's like soda." And when it comes to Nicholas's bedding preferences? "I like crisp, thin, cotton sheets. I want it to feel crinkly and cool and fresh," she said decisively. You'll also find her popping in a pair of foam earplugs ($10) and firing up her bedroom fan and air purifier before calling it a night.

Some of my favourite offerings on the CHANI app ($12 for a premium subscription) are the meditations — among them an evening session meant to prep you for sleep, led by Nicholas in her ultrasoothing voice. Because she taught yoga for eight years, Nicholas has her own personal meditation practice these days, for which she doesn't rely on an app or a guide other than herself. But she has some tips for the rest of us who could use the help. "There are a lot of meditations [where] I think the teacher is incredible — it's just that their voice might not resonate with me," she said. In other words? Finding a meditation guide you like is completely personal and subjective — and that's OK! "It is really important for you to find that tone and the tenor and the way someone holds you through the meditation, specific to your own needs."

Nicholas is a devotee of Sphere + Sundry sprays, which she mists on her pillow before turning in. The collection of handcrafted incense, candles, perfumes, and talismans is made by Kaitlin Coppock. "I call her a witch because she's very, very, very, very adept with herbs and making the magical potions," Nicholas said. "I have a spray of Asclepius ($26-$52) that I'll spray on my bed sometimes. Asclepius is a god in the Greco-Roman pantheon who is about dreaming and healing. And then I also have — from her, as well — a Venus in Pisces spray that is very relaxing. They have magical properties in them because they're made at a specific astrological time. But they also have really lovely scents."

Drifting Off After Waking Up

While Nicholas goes to sleep early, she admits she's prone to waking up and ruminating in the wee hours of the morning. (Relatable.) When that happens, she gives herself a quick reality check. "I try to talk myself off the ceiling if I wake up in a fit of worry about whatever it is that my mind has decided to worry about. And then I'll also be like, 'Listen, could you actually get up and work right now? It's 3 a.m.! I can't work right now. And I don't want to be awake. So I better go back to sleep.'"

"I take the dreams that I remember to therapy," Nicholas said. "I have a Jungian therapist, so my dreams are super important. Every week I come with whatever dream symbolism that I remember, and we work with dreams throughout. We've been working together for over a decade. So we'll work with dreams for years. And sometimes they'll come in and out of the sessions and we'll circle back to old ones, and she keeps all of my dreams." (If you're interested in digging into Carl Jung's writing on the subconscious and dream theory, you can start with The Undiscovered Self: With Symbols and the Interpretation of Dreams ($9).)

"I drink a big, huge mason jar ($10 for four) of water with electrolytes in it: minerals and Himalayan salts," Nicholas said of her first-thing-out-of-bed routine. "And then I go and meditate." 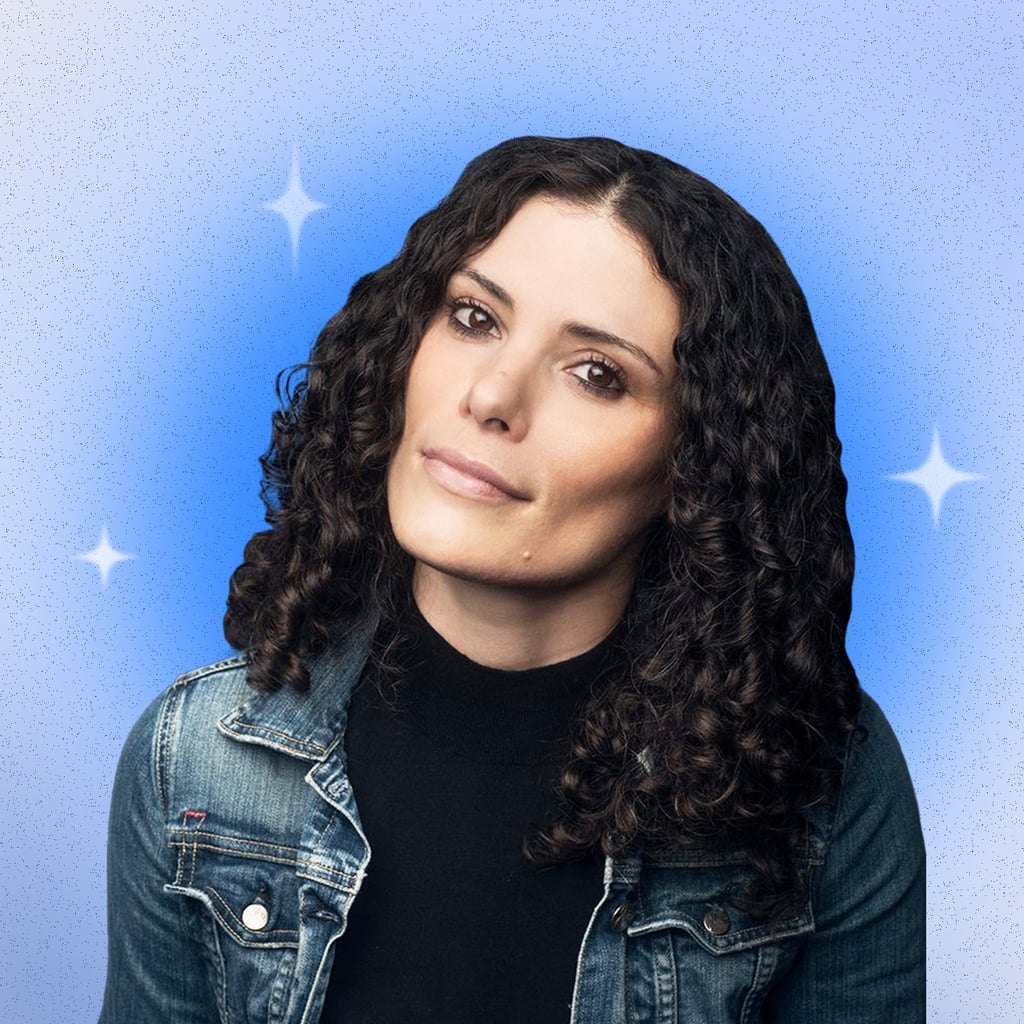 You Were Born For This: Astrology For Radical Self Acceptance
$23
from bookshop.org
Buy Now

The Undiscovered Self: With Symbols and the Interpretation of Dreams
$9
from bookshop.org
Buy Now