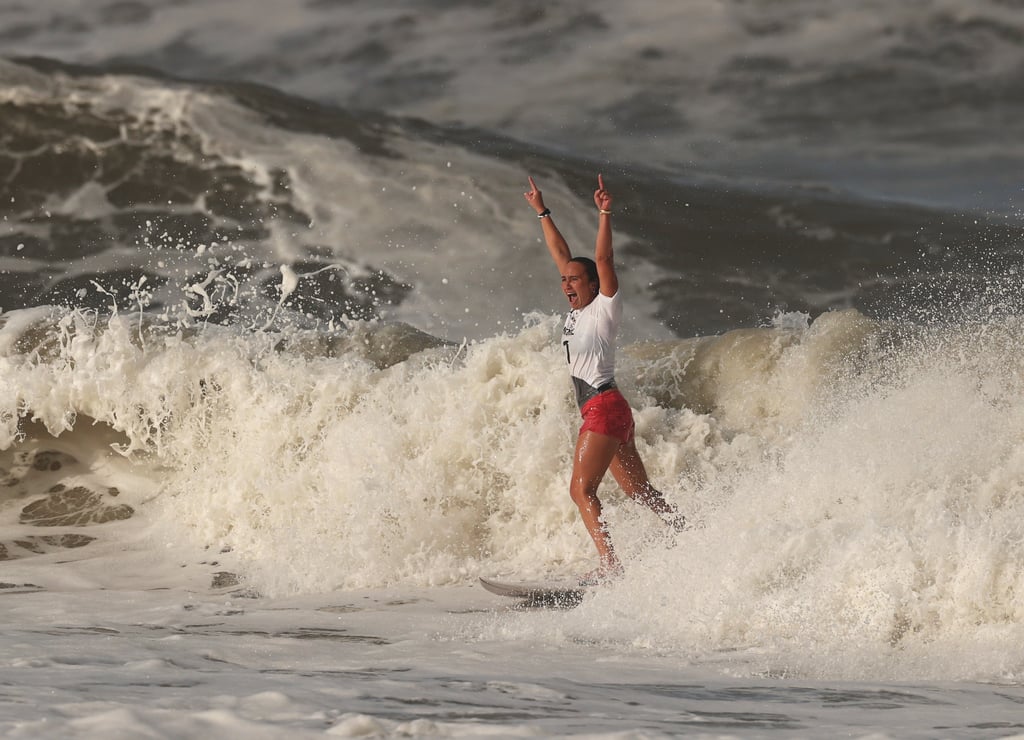 The 28-year-old surfing champ is adding an Olympic gold medal to her already impressive roster of titles: she won world titles in 2011, 2013, 2015, and 2019, and is the number one ranked surfer in the world. A former child prodigy, Moore made history in 2011 as the youngest women's world champion.

Surfing is scored by a panel of five judges based on five criteria: commitment and degree of difficulty; innovative and progressive maneuvers; variety of maneuvers; combination of major maneuvers; and speed, power, and flow. The judges score each wave a surfer catches on a scale of 1.0 to 10.0. The highest and lowest scores are discarded, and the overall score is the average of the three remaining scores. Each surfer's two highest-scoring waves are combined for a score out of 10. Moore's two scoring waves were 7.33 and 7.60, earning a final score of 14.93, while Buitendag finished with a total score of 8.46 to win silver. Japan's Amuro Tsuzuki won bronze in an earlier round with a score of 6.8.

"It's been a crazy couple of days, a little bit of a rollercoaster of emotions just trying to figure out the break, find my rhythm, learning how to trust myself without my family here," Moore said, according to Olympics.com. "I feel super blessed, super fortunate. It's been an incredible experience."

Watch highlights from the finals above and scroll through to see photos of Moore's historic win.